The Best of Soirée: Editors' Picks

The Best of Soirée: Editors' Picks

Categories: Print, Cover Story
The stories our editors (past and present) still think about. 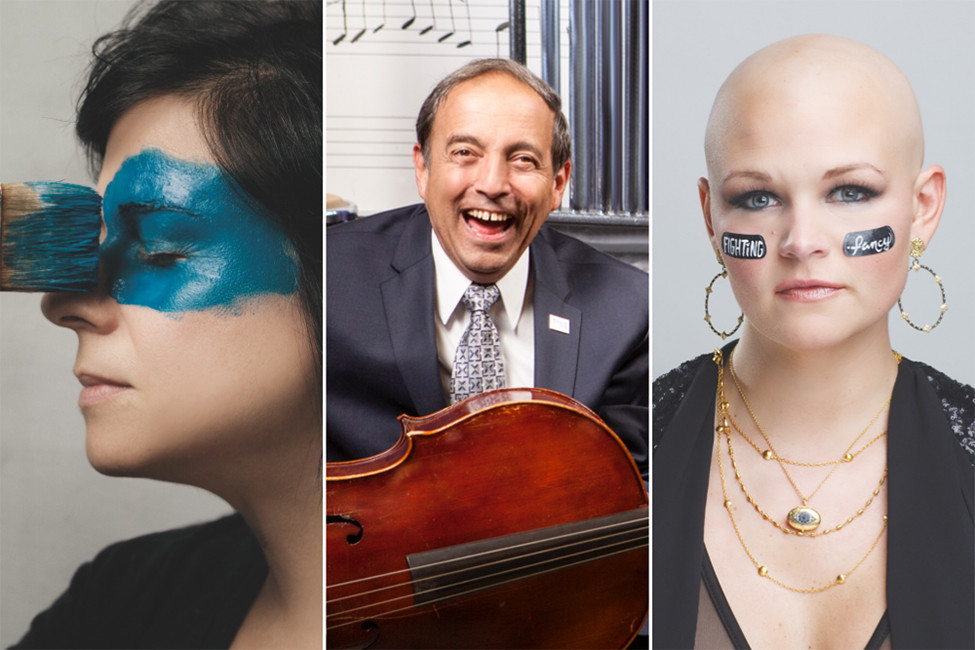 The stories our editors (past and present) still think about. 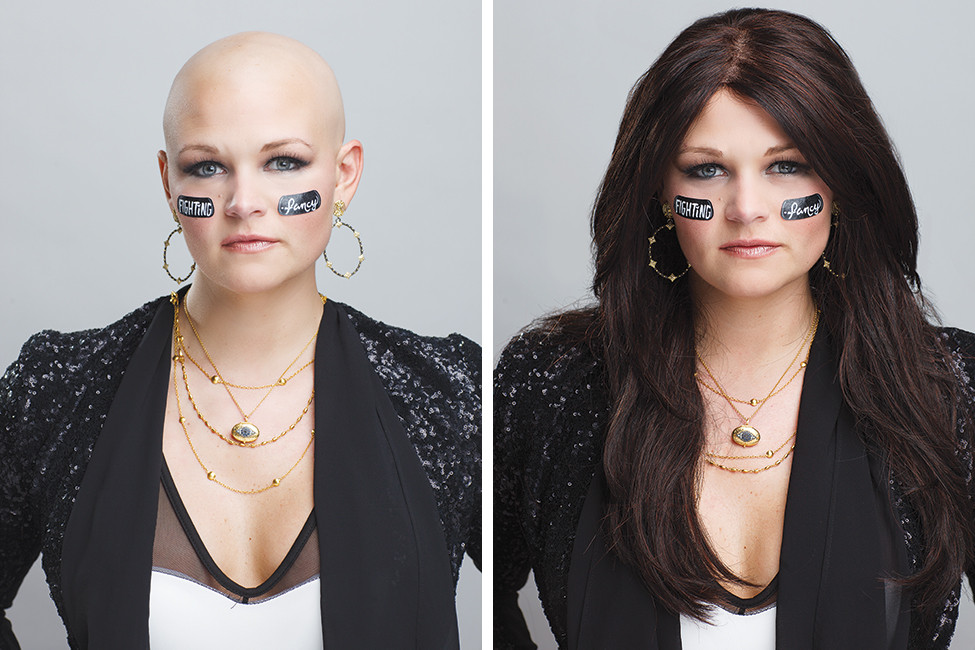 "For me, the October 2012 cover of Soirée was grace personified: Heather Mason, then 29, looking gorgeous and strong in the middle of chemotherapy for breast cancer. I still get a little choked up when I look at it.

I remember when I pitched the idea of a story in Soirée, she immediately put together an inspiration board of images that described the way she felt: she's a fighter, but still drop-dead beautiful. The eye black was her idea. It worked perfectly.

When we received the raw images from photographer Michael Baxley, our creative team swooned over the images of her in her wig. But when we saw the image of her without it — the stark contrast of the eye black against the cream of her bald head — we all knew we had to put it on the cover. At the time, it was risky. Our readers were used to covers depicting traditional beauty, not gritty, raw, emotional beauty. Thank goodness we took that risk. Of all the covers I oversaw during my time as editor, it’s the one of which I’m most proud." 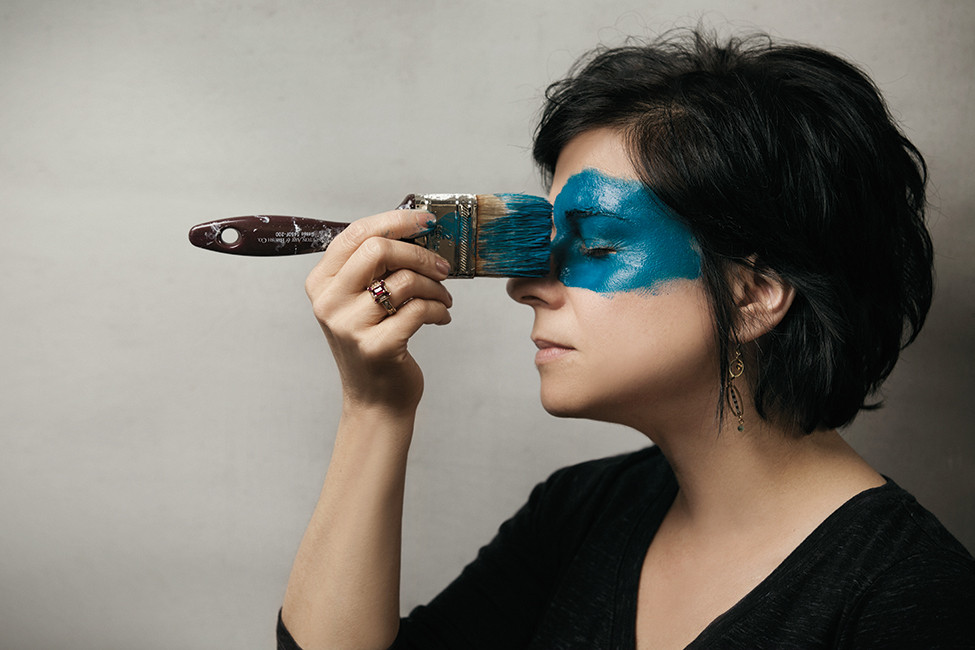 "When I was asked to think of a memorable moment from my time at Soirée, the first thing that popped into my mind was the photo shoot with Virmarie DePoyster. A professional artist and Arkansas transplant (originally from Puerto Rico), Virmarie embodied this mixture of effervescence, fun and you know, the super cool artsy vibe. Upon meeting her, you immediately feel like you’ve known her forever.

While shooting in her North Little Rock studio, there was so much color in her space. I recall she said, 'Color just speaks to me,' and went on to tell now-editor Jess Ardrey how she saw color in her morning coffee and in her salad at lunch. While photographer Jason Masters, creative director Marcus Boyce and I discussed ideas for a shot, Virmarie didn’t hesitate to pick up a brush and start painting her face (with real paint!) after a suggestion was made that it could be a visually stunning shot.

I am personally very inspired by the arts, and celebrating art makers like Virmarie is what keeps communities like Little Rock vibrant. One of my main takeaways from that day was Virmarie’s energy, and it was a mixture of bright hues." 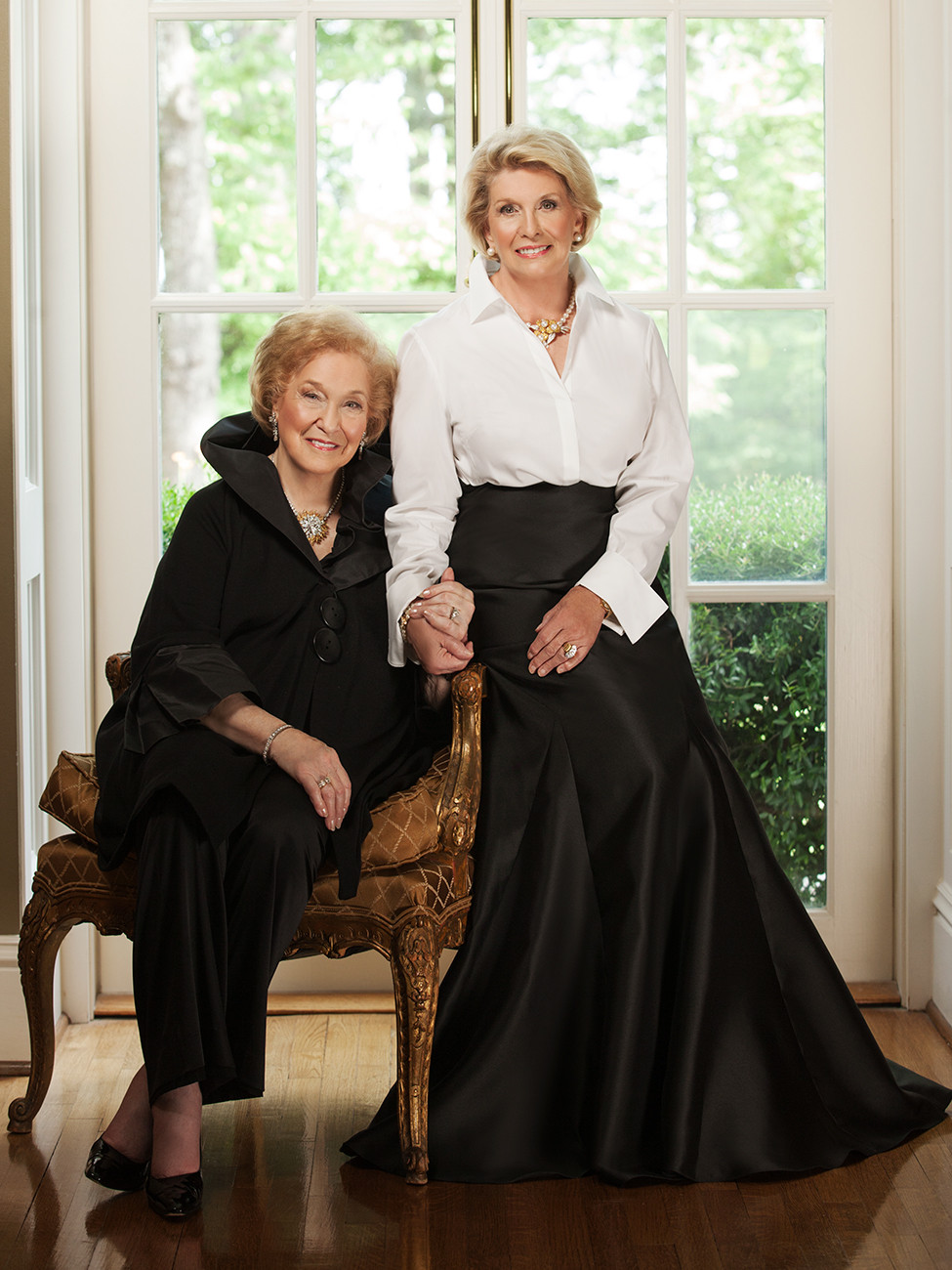 "In 2015, I had the privilege of interviewing Raye Rogers and her daughter Barbara Hoover. During almost a decade of working at Soirée in some capacity, I had enjoyed many brief conversations with Barbara and her parents, Raye and the late Doyle Rogers Sr. They were always incredibly warm and kind, and I admired their dedication to Arkansas nonprofits and organizations.

When I interviewed mother and daughter for the September 2015 issue, they were just as gracious and down-to-earth as ever. The two were preparing for the 20th anniversary of the Gala for Life, the largest annual fundraising event for the UAMS Winthrop P. Rockefeller Cancer Institute. During our hours-long conversation, I learned so much about Raye’s life, and I was amazed by the family’s steadfast philanthropic commitment to health care and education in Arkansas. I was especially moved when Raye shared her own story of overcoming lung cancer, and how the Cancer Institute played such a vital role in saving her life through research and specialized medicine.

I think of this interview often, and I feel fortunate to have shared such a meaningful conversation with strong women who are committed to making a difference for so many." 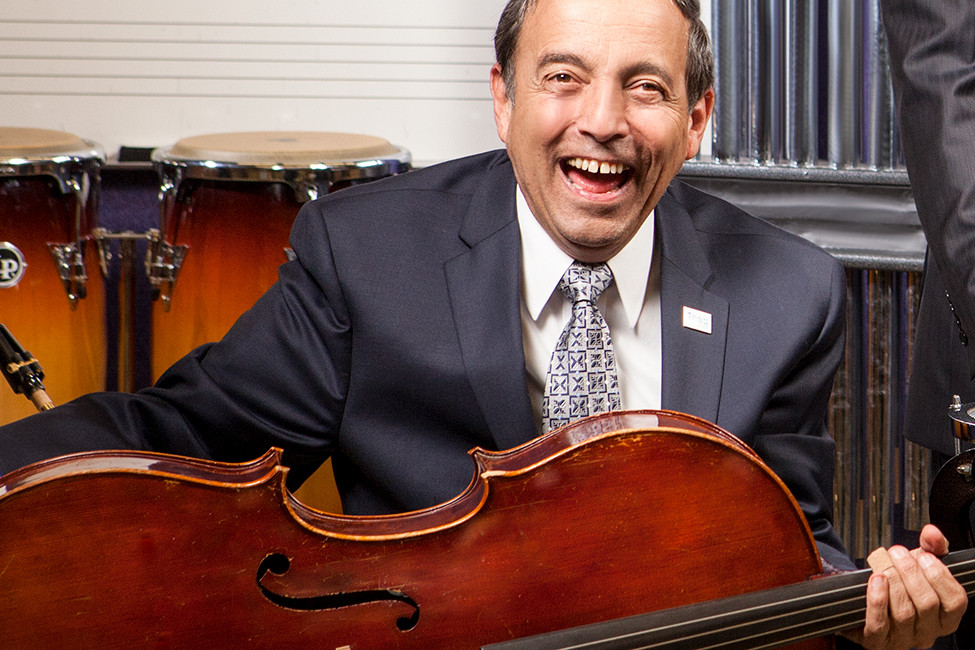 "Of all the people I had the privilege of interviewing during my tenure at Soirée there were two people who made an especially deep impression on me. The first was Paul Leopoulos, founder of the Thea Foundation. Paul lost his daughter Thea when she was just 17. I had to fight back tears listening to his heartbreaking story. But Paul had resolved not to let Thea’s loss be in vain, so he founded the Thea Foundation in her honor to enable young Arkansans to have access to arts education, something Thea had loved.

The foundation has since raised millions of dollars in order to supply schools across the state with art equipment and to provide tens of thousands of children and young people with life-changing opportunities and scholarships. The entire Leopoulos family are so warm and have such an unbreakable optimism and desire to help young people. Meeting them was truly a lesson in the almighty power of one family’s resolve to create enormous change." 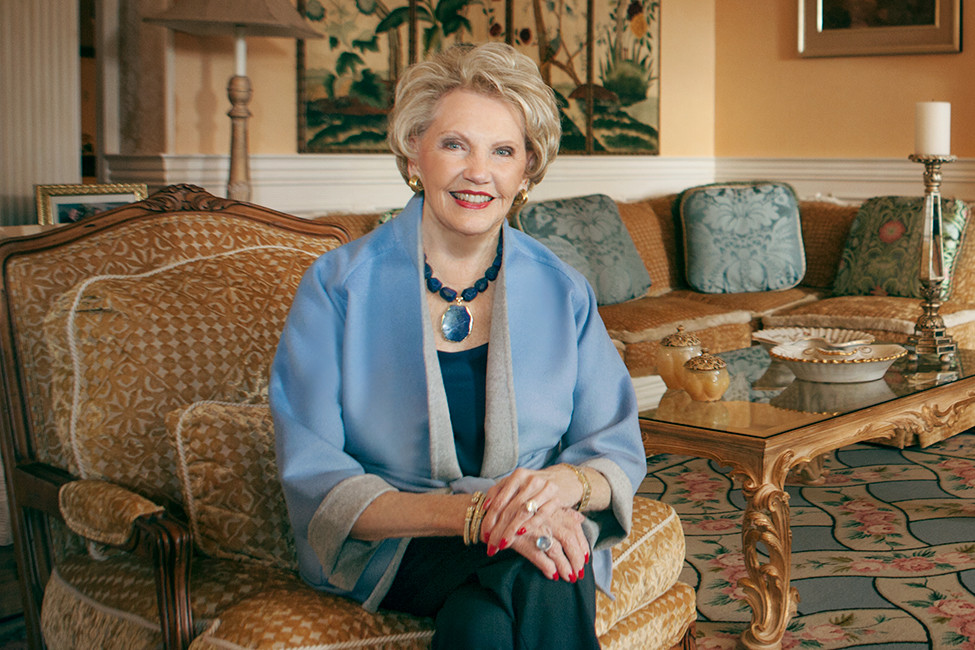 "My other memorable encounter was at the very end of my year in Little Rock, when I met Johnelle Hunt, grand dame of the J.B. Hunt trucking company. Despite being one of the richest women in America, this elegant lady was a model of manners, charm and humility.

She was very busy and receiving phone calls requiring her to make million dollar decisions during our photo shoot, and yet she was so warm, friendly and relaxed and was genuinely at a loss as to why she was being honored as a Woman of Inspiration by the Children’s Advocacy Centers of Arkansas. She felt there were many other more deserving women, but she had agreed to accept the honor if it would help to highlight children in need.

To me, she epitomized what I had come to know as Southern grace. Her wealth had no bearing on how she treated people, and she didn’t feel herself to be more special than anyone else. She was dedicated to her family and preserving the business of her beloved late husband, and if she could help other people along the way, she would sure do her best.

Thank you, Soirée, for giving me memories that will last a lifetime. I must also thank the supremely generous Natalie and Win Rockefeller for taking my husband and I under their wing and introducing us to the high-voltage glamor and incredible philanthropy of the Little Rock gala scene. Happy birthday, Soirée! Here’s to many more anniversaries to come!"

"Everyone loves a redemption story, but we rarely take a 360-degree look at it. This feature on Hope Rises, a re-entry program for incarcerated and recently released women, did.

After discovering Arkansas' recidivism numbers are some of the worst in the U.S., co-founder and executive director Kim Roxburgh couldn't look away. She walked me through the complicated system these women navigate, how crucial gender-specific aid is to their success and how the 'pull yourself up by your bootstraps' mentality simply doesn't apply.

Kendal Covington and Meagan McVay, two women who were then part of the Hope Rises program, were gracious enough to share their personal stories with me as well, both reiterating that their progress came down to two things: being seen as a whole person and being given the chance (and tools) to grow.

Of the countless print and online stories I've written for Soirée over nearly eight years, this is the one I think of most often. It stands as a testament to the fact that, no matter how deserving society has deemed a person, no one is past saving and everyone is worth the effort."

In Search of Forgotten Rationality
October 2019 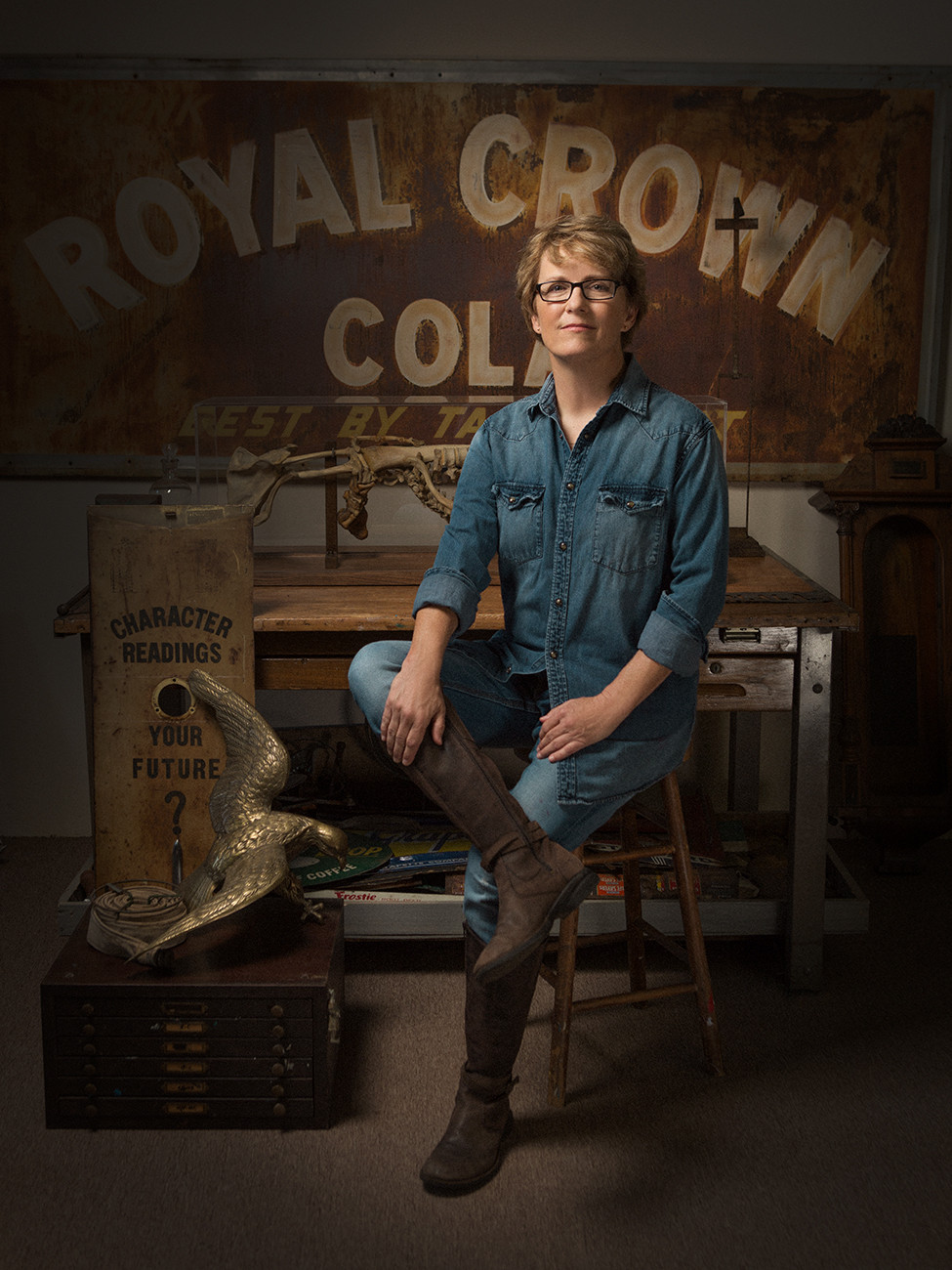 "For this 2019 interview, artist V.L. Cox took me on a tour of the St. Joseph Center of Arkansas where she had a small studio at the time. Despite the lack of air conditioning in the dead of summer, and my inability to stomach the heat, I still hung on every word as she shared her journey into artistic activism.

Her exhibit 'The End Hate Project' had been featured around the U.S. — the Virginia Holocaust Museum, the Rosa Parks Museum, the LGBT Community Center, the National Mall — and was wrapping its tour at the Delta Cultural Center in Helena to commemorate the 100-year anniversary of the Elaine Massacre.

Cox had faced death threats from klan members, seen her work destroyed by vigilantes and weathered enough online trolling to last a lifetime, but she'd also seen the conversations her art could start, the bridges it could build, and deemed it all worth it.

She was setting the stage for moments of connection, and her devotion to that purpose, even when it was messy, is a courage I continue to admire." 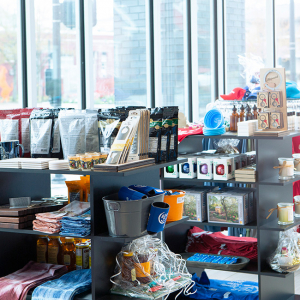 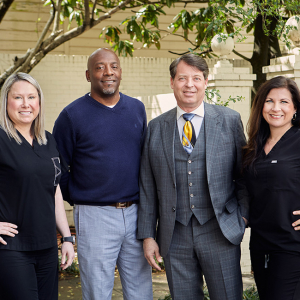 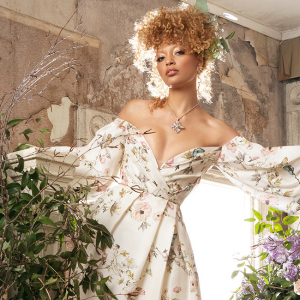 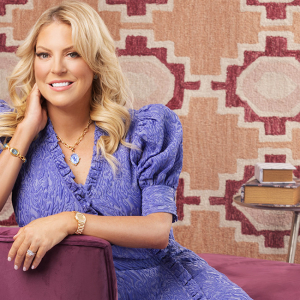