Categories: Culture
The Central Arkansas Library System is challenging readers to participate in a #ReadingBlackout, where they only read works by African American authors. 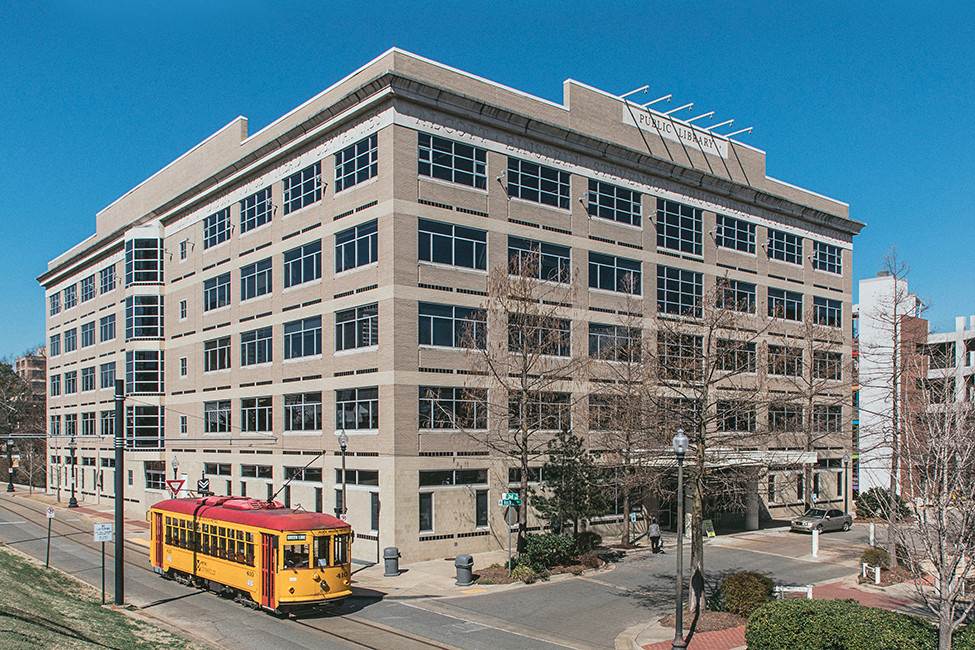 In honor of Black History Month, the Central Arkansas Library System has compiled a diverse list of books by African American authors. The list is meant to help readers participate in a #ReadingBlackout, in which they only read literature created by Black authors. The hashtag and the challenge was coined by “booktuber” Denise Cooper, who exclusively read works by Black authors for the entirety of 2018.

The entire list is composed of nearly 70 works, all of which are part of the CALS collection, but here are 10 examples of the literature you will find on their list.

“The Autobiography of An Ex-colored Man”

“Originally published in 1912, this novel was one of the first to present a frank picture of being black in America. Masked in the tradition of the literary confession practiced by such writers as St. Augustine and Rousseau, this "autobiography" purports to be a candid account of its narrator's private views and feelings as well as an acknowledgement of the central secret of his life- that though he lives as a white man, he is, by heritage and experience, an African-American. Written by the first black executive secretary of the NAACP, The Autobiography of an Ex-Colored Man , in its depiction of turn-of-the-century New York, anticipates the social realism of the Harlem Renaissance writers. In its unprecedented analysis of the social causes of a black man's denial of the best within himself, it is perhaps James Weldon Johnson's greatest service to his race.”

“For twelve years, Carson Blake inhabited a world of his own creation. Scorned by the father who was incapable of showing him affection and nearly consumed by the mean streets of Prince George's County, Maryland, Carson did what no one else could: he saved himself. After joining the police force and building a family with his wife, Bunny, Carson is finally in control of his life in the enclave where African American wealth and privilege shares the same zip code with black American crime and tragedy. Both Carson and his wife have great careers and three beautiful children: Roslyn, Roseanne, and Juwan. Carson is a devoted father, determined not to be the father that Jimmy Blake was to him. But while Juwan's astounding artistic talent is his father's pride, the boy's close relationship with classmate Will conjures up emotions and questions in Carson that threaten to spill over and poison the entire Blake family. And then, one night in March, nearing the end of a routine shift, Carson stops a young black man for speeding. He orders Paul Houston to exit the car and drop to his knees. But when Houston retrieves something from his waistband and turns to face Carson, three shots are fired, one man loses his life and two families are wrenched from everything that came before and hurled into the haunting future of everything that will come after. When it is revealed that Paul, a son of educators and a teacher in Southeast D.C., was only holding a cell phone, Carson's carefully woven world begins to unravel.”

“Pecola Breedlove, a young eleven-year-old black girl, prays every day for beauty. Mocked by other children for the dark skin, curly hair, and brown eyes that set her apart, she yearns for the blond hair and blue eyes that she believes will allow her to finally fit in. Yet as her dreams grow more fervent, her life slowly starts to disintegrate in the face of adversity and strife. A powerful examination of our obsession with beauty and conformity.”

“Claudia Rankine's bold new book recounts mounting racial aggressions in ongoing encounters in twenty-first-century daily life and in the media. Some of these encounters are slights, seeming slips of the tongue, and some are intentional offensives in the classroom, at the supermarket, at home, on the tennis court with Serena Williams and the soccer field with Zinedine Zidane, online, on TV--everywhere, all the time. The accumulative stresses come to bear on a person's ability to speak, perform, and stay alive. Our addressability is tied to the state of our belonging, Rankine argues, as are our assumptions and expectations of citizenship. In essay, image, and poetry, Citizen is a powerful testament to the individual and collective effects of racism in our contemporary, often named 'post-race' society.”

“Black Enough: Stories of Being Young & Black in America”

“Black is urban and rural, wealthy and poor, mixed race, immigrants, and more--because there are countless way to be Black enough. Edited by National Book Award finalist Ibi Zoboi and featuring some of the most acclaimed, bestselling Black authors writing for teens today, this is an essential collection of captivating coming-of-age stories about what it's like to be young and Black in America.”

“Devil in A Blue Dress”

“In Los Angeles of the late 1940s, Easy Rawlins, a black war veteran, has just been fired from his job at a defense plant. Easy is drinking in a friend's bar, wondering how he'll meet his mortgage, when a white man in a linen suit walks in, offering good money if Easy will simply locate Miss Daphne Monet, a blonde beauty known to frequent black jazz clubs.”

“Mo' Meta Blues: The World According to Questlove”

“The drummer for the Grammy Award-winning group The Roots, which also serves as the house band on Late Night with Jimmy Fallon, discusses a historical range of musical artists as well as African American art, hip hop, culture and philosophy.”

“The New Jim Crow: Mass Incarceration in the Age of Colorblindness”

“Seldom does a book have the impact of Michelle Alexander's The New Jim Crow. Since it was first published in 2010, it has been cited in judicial decisions and has been adopted in campus-wide and community-wide reads; it helped inspire the creation of the Marshall Project and the new $100 million Art for Justice Fund; it has been the winner of numerous prizes, including the prestigious NAACP Image Award; and it has spent nearly 250 weeks on the New York Times bestseller list.Most important of all, it has spawned a whole generation of criminal justice reform activists and organizations motivated by Michelle Alexander's unforgettable argument that "we have not ended racial caste in America; we have merely redesigned it." As the Birmingham News proclaimed, it is "undoubtedly the most important book published in this century about the U.S."Now, ten years after it was first published, The New Press is proud to issue a tenth-anniversary edition with a new preface by Michelle Alexander that discusses the impact the book has had and the state of the criminal justice reform movement today.”

“Being a black woman in America means contending with old prejudices and fresh absurdities every day. Comedian Phoebe Robinson has experienced her fair share over the years: she's been unceremoniously relegated to the role of "the black friend," as if she is somehow the authority on all things racial; she's been questioned about her love of U2 and Billy Joel ("isn't that . . . white people music?"); she's been called "uppity" for having an opinion in the workplace; she's been followed around stores by security guards; and yes, people do ask her whether they can touch her hair all. the. time. Now, she's ready to take these topics to the page—and she's going to make you laugh as she's doing it. Using her trademark wit alongside pop-culture references galore, Robinson explores everything from why Lisa Bonet is "Queen. Bae. Jesus," to breaking down the terrible nature of casting calls, to giving her less-than-traditional advice to the future female president, and demanding that the NFL clean up its act, all told in the same conversational voice that launched her podcast, 2 Dope Queens, to the top spot on iTunes. As personal as it is political, You Can't Touch My Hair examines our cultural climate and skewers our biases with humor and heart, announcing Robinson as a writer on the rise.”

A powerful study of the women's liberation movement in the U.S., from abolitionist days to the present, that demonstrates how it has always been hampered by the racist and classist biases of its leaders. From the widely revered and legendary political activist and scholar Angela Davis.

Want to dive deeper? 12 Books to Continue the Conversation on Race in America 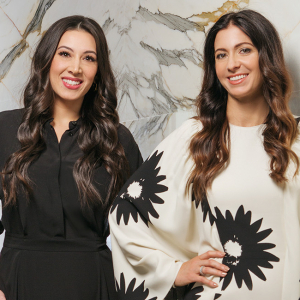 Walking the Walk for Easterseals Arkansa... 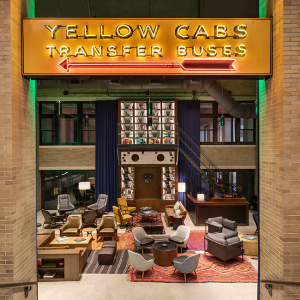 Maybe It's In Memphis... 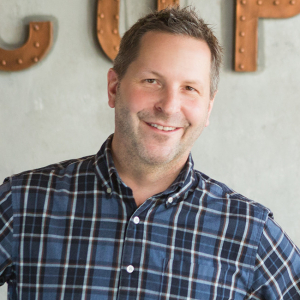 Dining In With Dan Kovach... 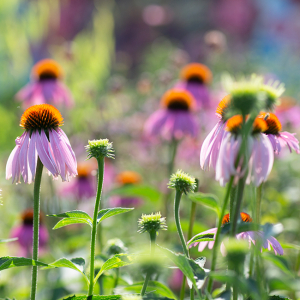