12 Books to Continue the Conversation on Race in America

12 Books to Continue the Conversation on Race in America

Categories: Print
Local bookstore owner Garbo Hearne shares her picks for shedding light on how we got here and how to make lasting change. 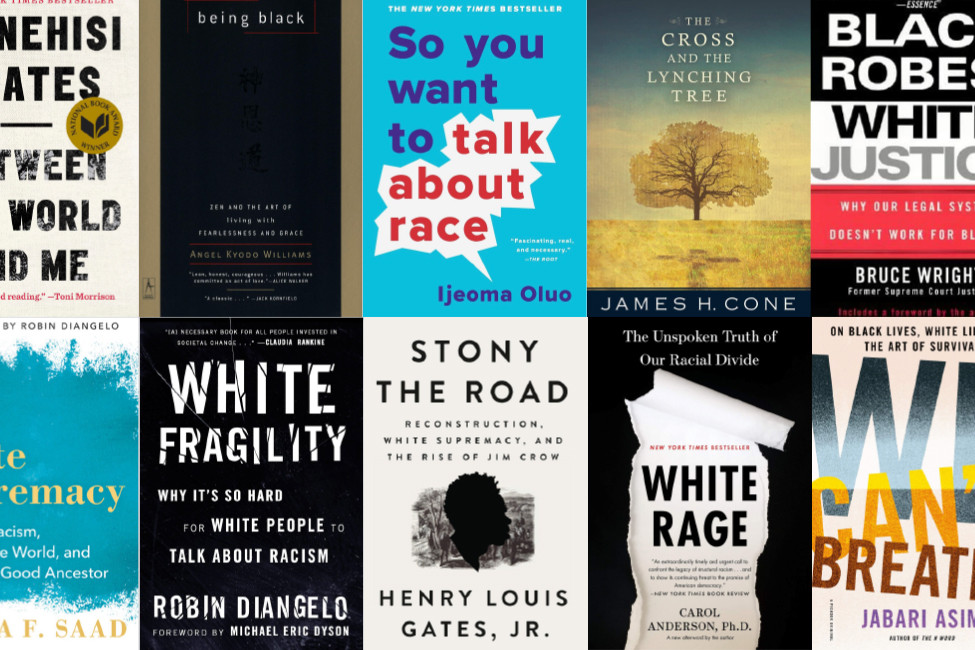 Share It Tweet It Pin It
In the march toward racial equity, education is paramount. Garbo Hearne, director of Pyramid Art, Books and Custom Framing, shares her top picks for books that shed light on the current state of race in America, how we got here and how to make lasting change. 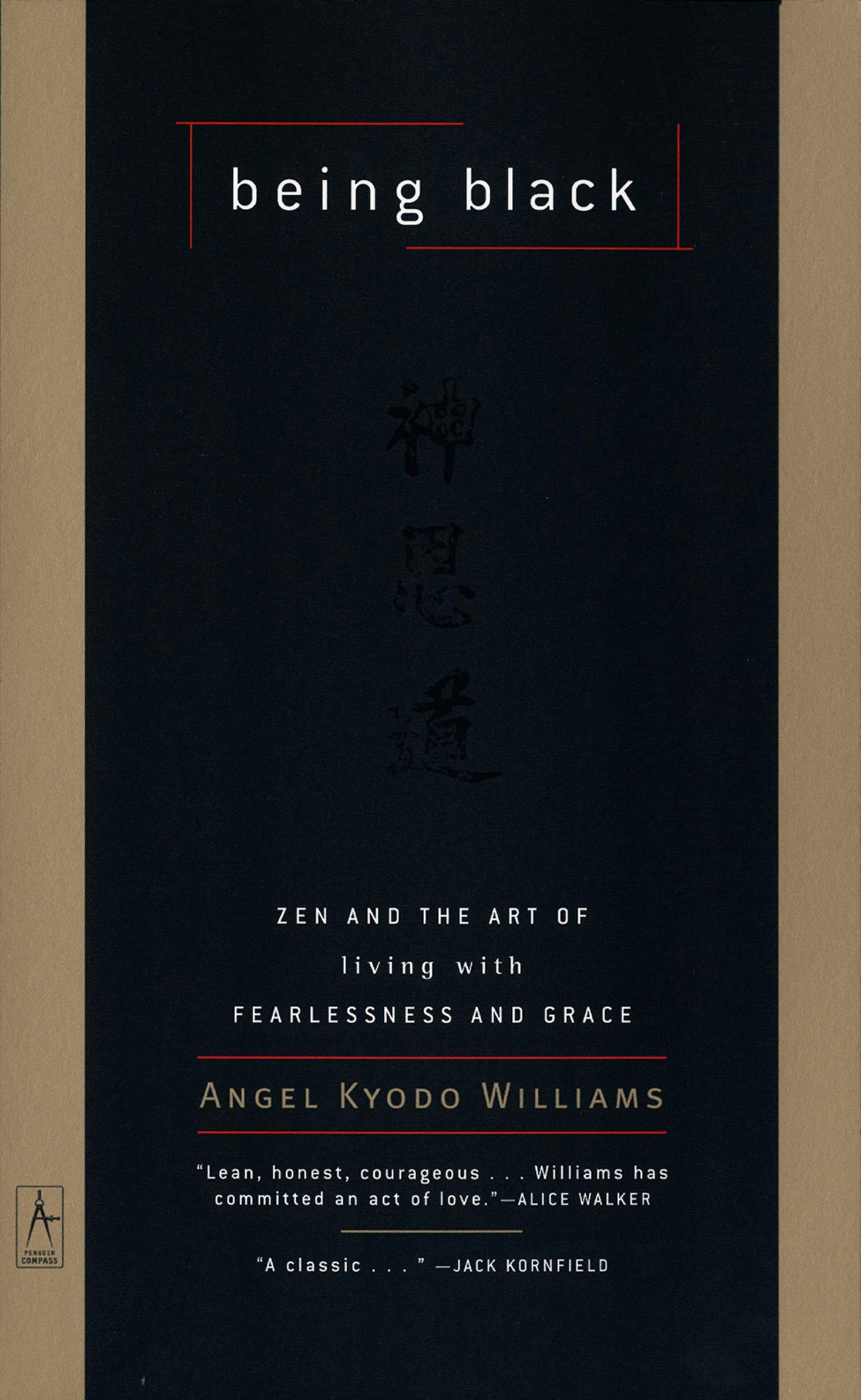 Share It Tweet It Pin It
"Being Black: Zen and the Art of Living with Fearlessness and Grace"
by Angel Kyodo Williams

"Combining the universal wisdom of Buddhism with an inspirational call for self-acceptance and community empowerment, 'Being Black' is a down-to-earth spiritual handbook for any American searching for self-acceptance and lasting personal happiness. 'Being Black' teaches us how a 'warrior-spirit' of truth and responsibility toward oneself and others can be developed into the foundation for true freedom and personal transformation." 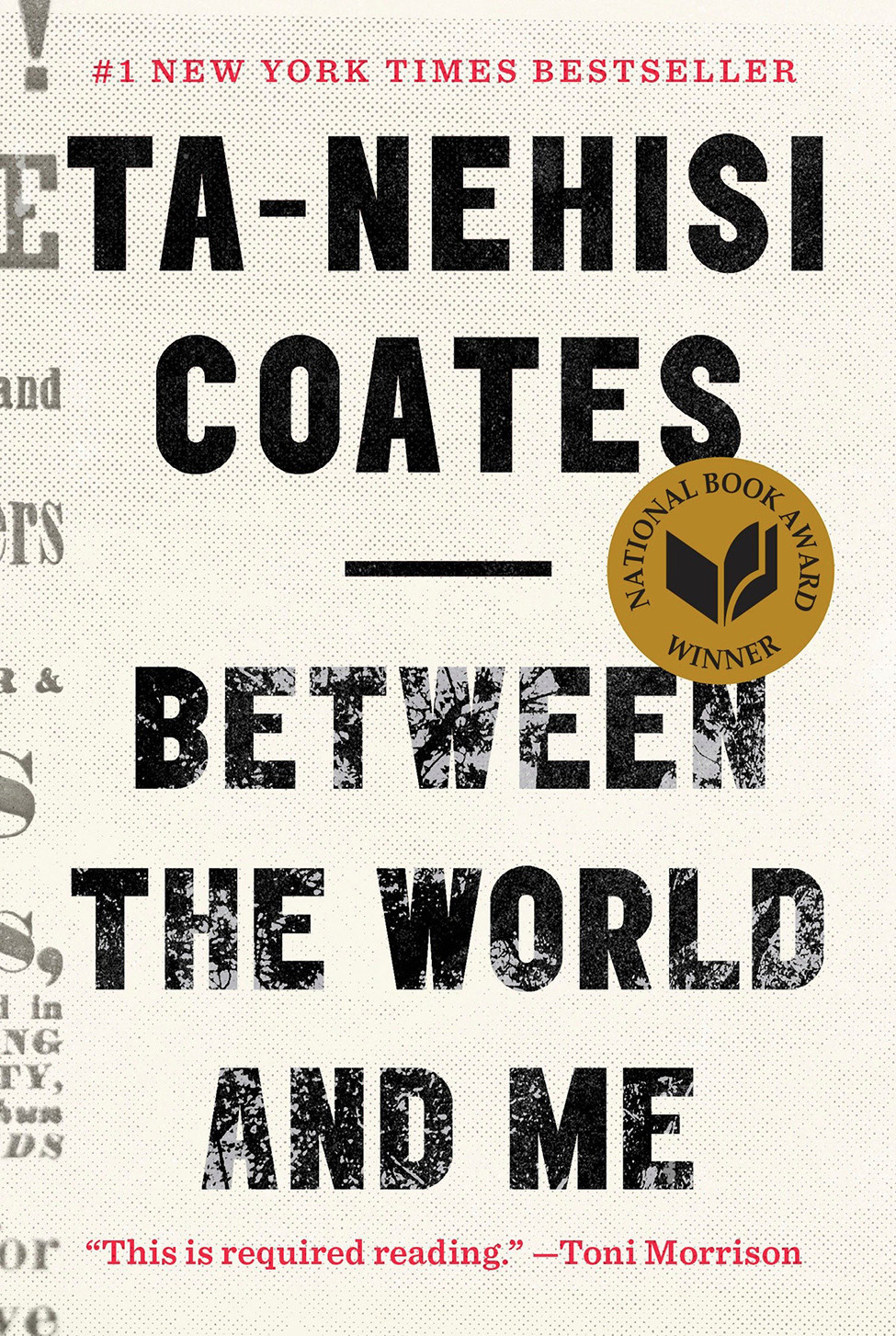 "In a profound work that pivots from the biggest questions about American history and ideals to the most intimate concerns of a father for his son, Ta-Nehisi Coates offers a powerful new framework for understanding our nation’s history and current crisis. … Beautifully woven from personal narrative, reimagined history and fresh, emotionally charged reportage, 'Between the World and Me' clearly illuminates the past, bracingly confronts our present and offers a transcendent vision for a way forward." 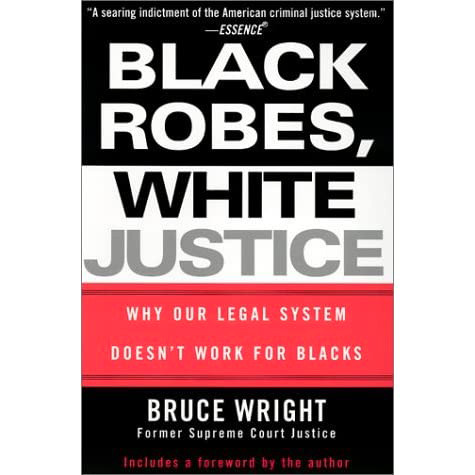 "As a lawyer and criminal court judge, Wright has seen, first-hand, the disturbing truth about how fundamentally unfair our judicial system is toward African Americans. In this important book, he takes a hard look at these inequities, documenting them with numerous cases drawn from his years of experience in the courts. … Finally, he proposes remedies that must be taken if the courts are truly to become a place of justice for all." 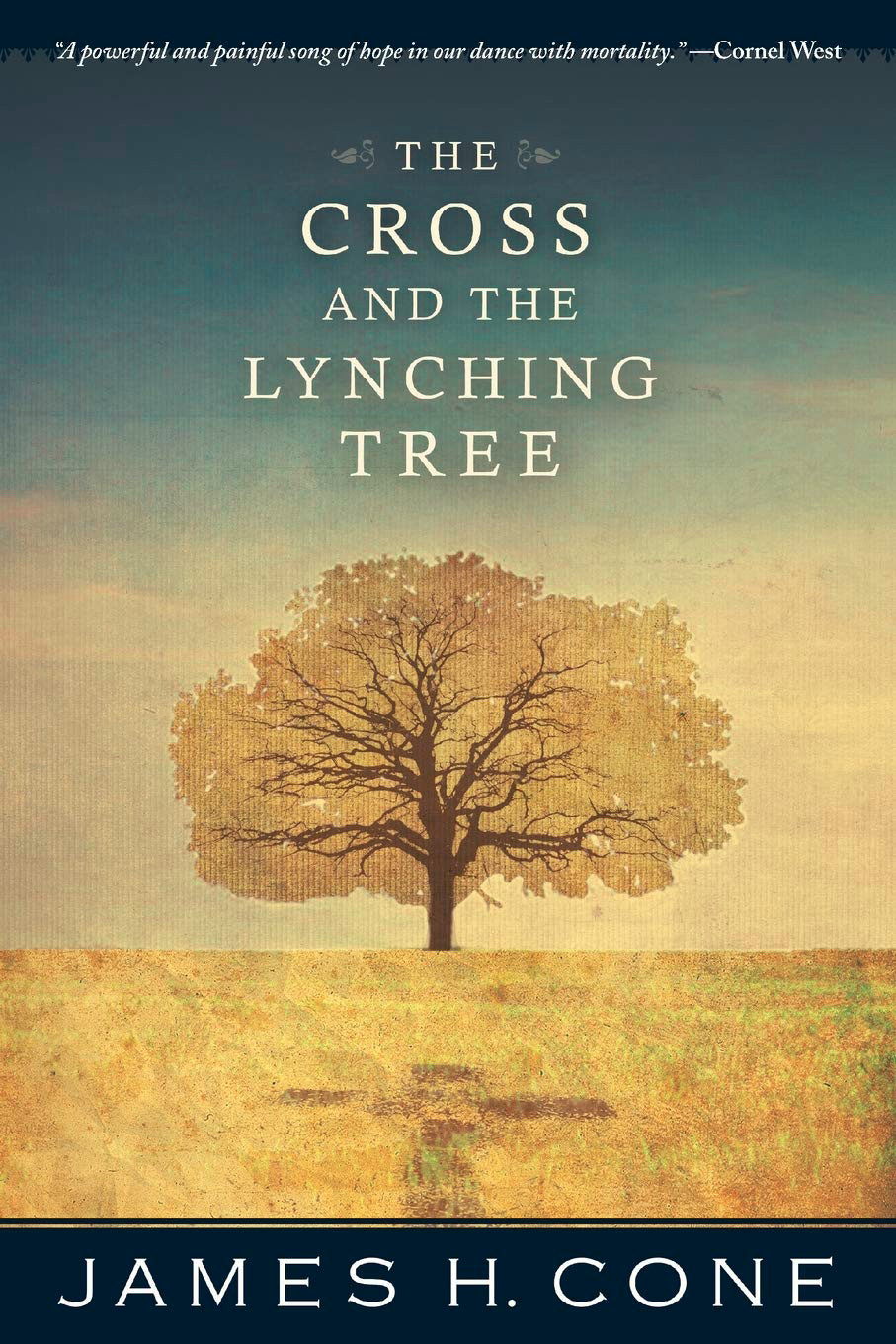 This book seeks to "[reconcile] the gospel message of liberation with the reality of Black oppression and suffering during the lynching era." 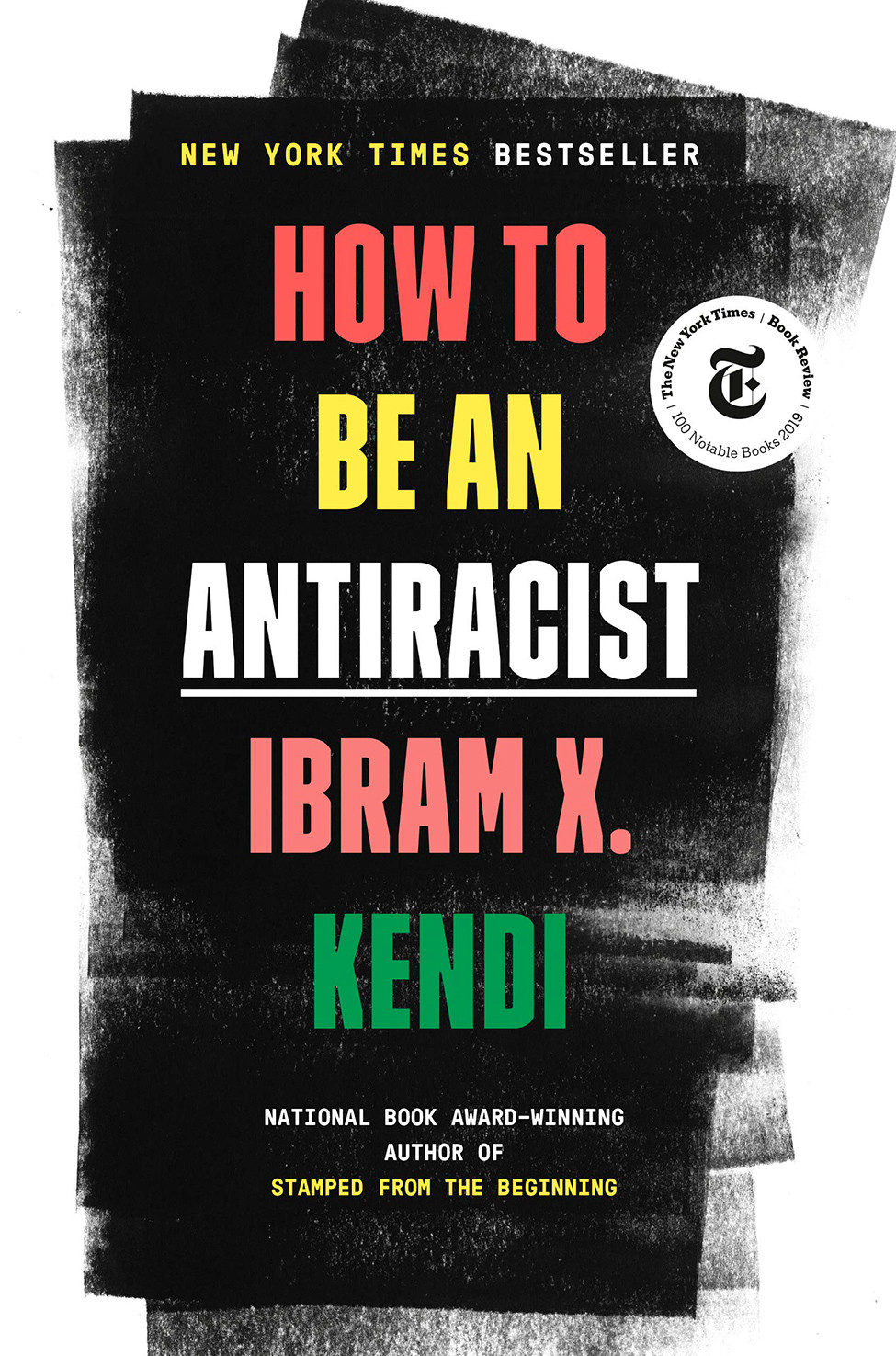 "In his memoir, Kendi weaves together an electrifying combination of ethics, history law, and science — including the story of his own awakening to antiracism — bringing it all together in a cogent, accessible form. ... 'How to Be an Antiracist' promises to become an essential book for anyone who wants to go beyond an awareness of racism to the next step of contributing to the formation of a truly just and equitable society." 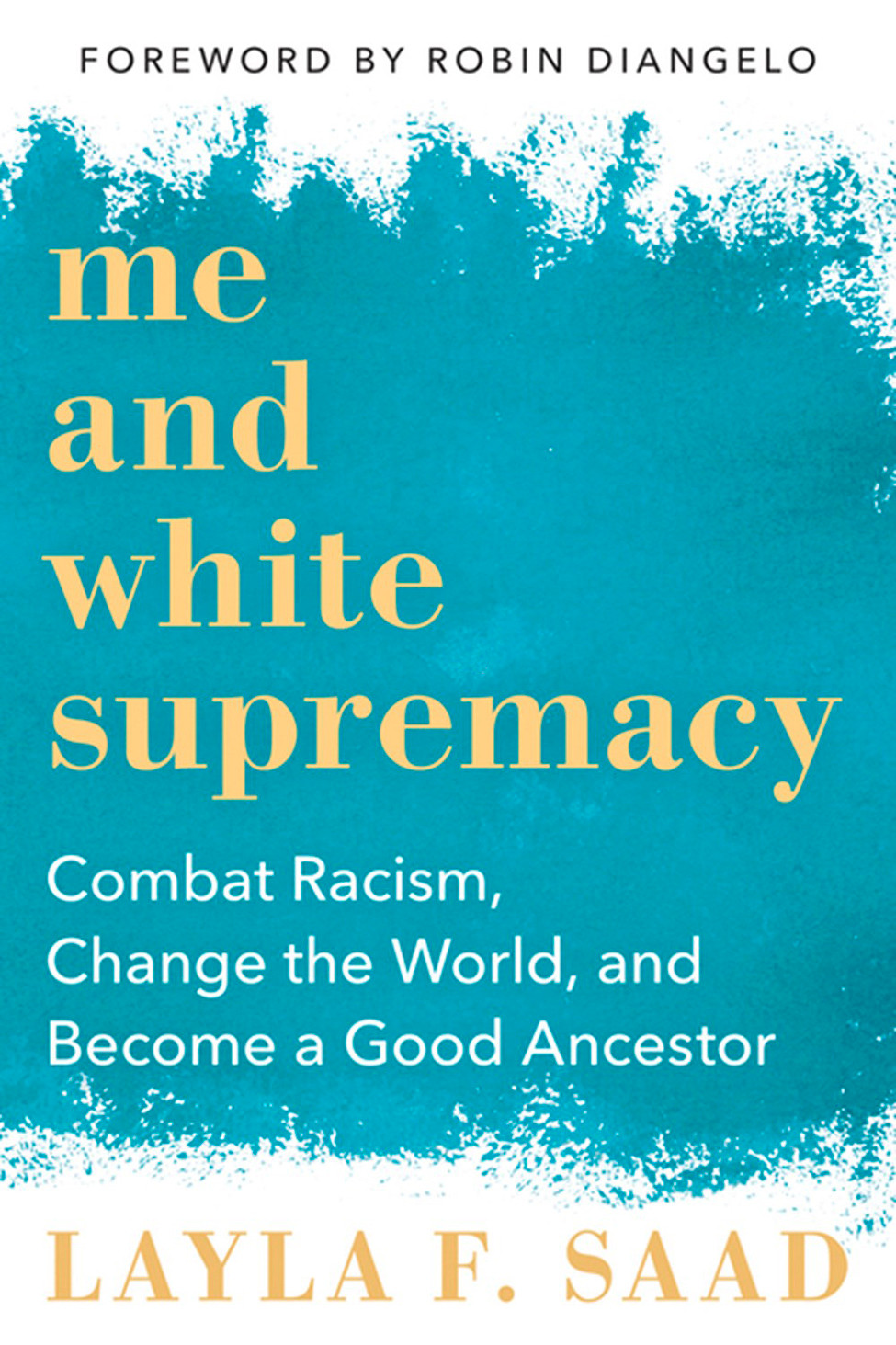 Share It Tweet It Pin It
"Me and White Supremacy: Combat Racism, Change the World and Become a Good Ancestor"
by Layla Saad

"'Me and White Supremacy' leads readers through a journey of understanding their white privilege and participation in white supremacy, so that they can stop (often unconsciously) inflicting damage on Black, Indigenous and people of color, and in turn, help other white people do better too." 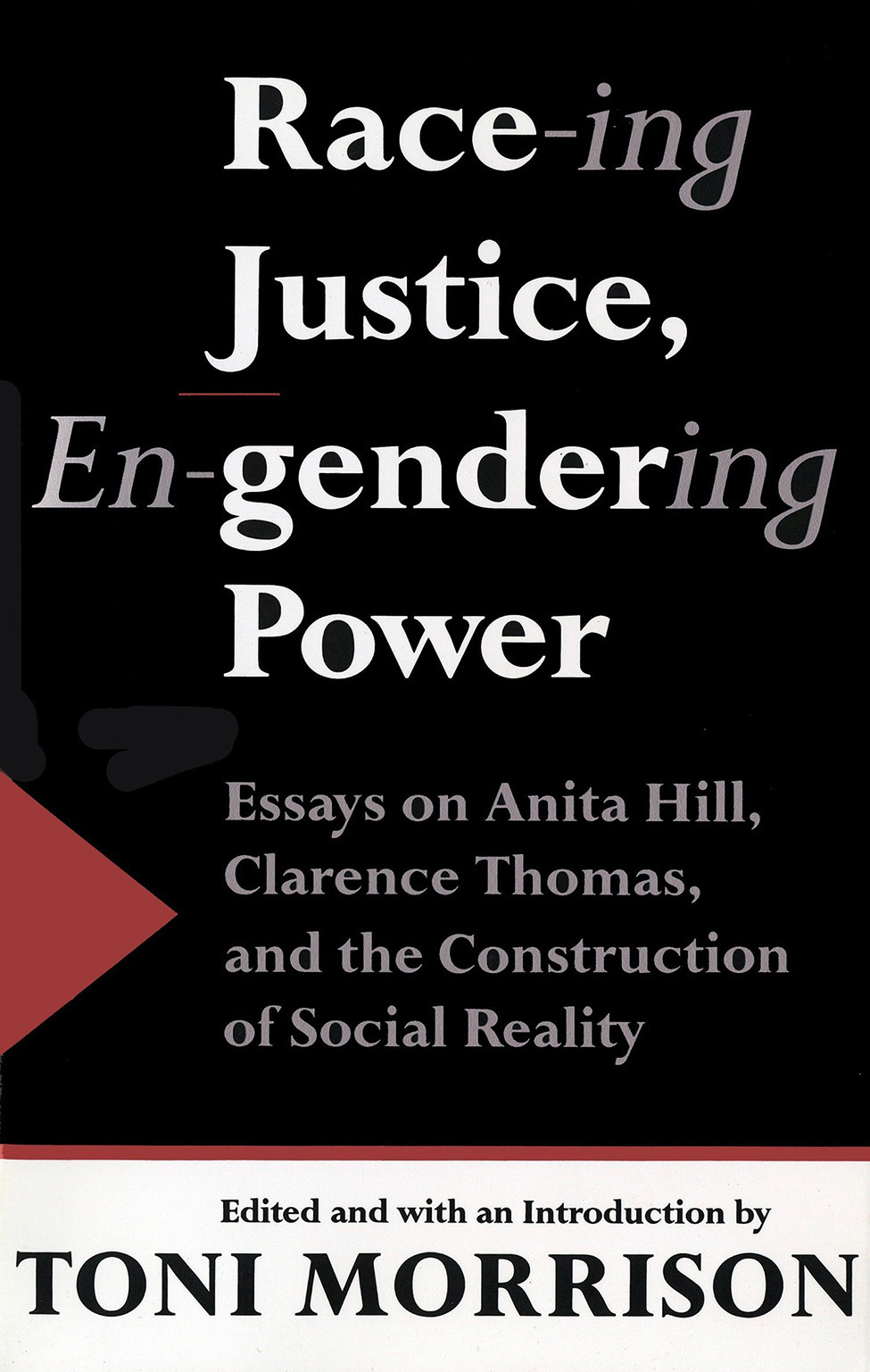 Share It Tweet It Pin It
"Race-ing Justice, En-gendering Power: Essays on Anita Hill, Clarence Thomas and the Construction of Social Reality"
by multiple authors, edited by Toni Morrison

"In 'Race-ing Justice, En-gendering Power,' Morrison contributes an introduction and brings together 18 provocative essays ... These writings powerfully elucidate not only the racial and sexual but also the historical, political, cultural, legal, psychological and linguistic aspects of a signal and revelatory moment in American history." 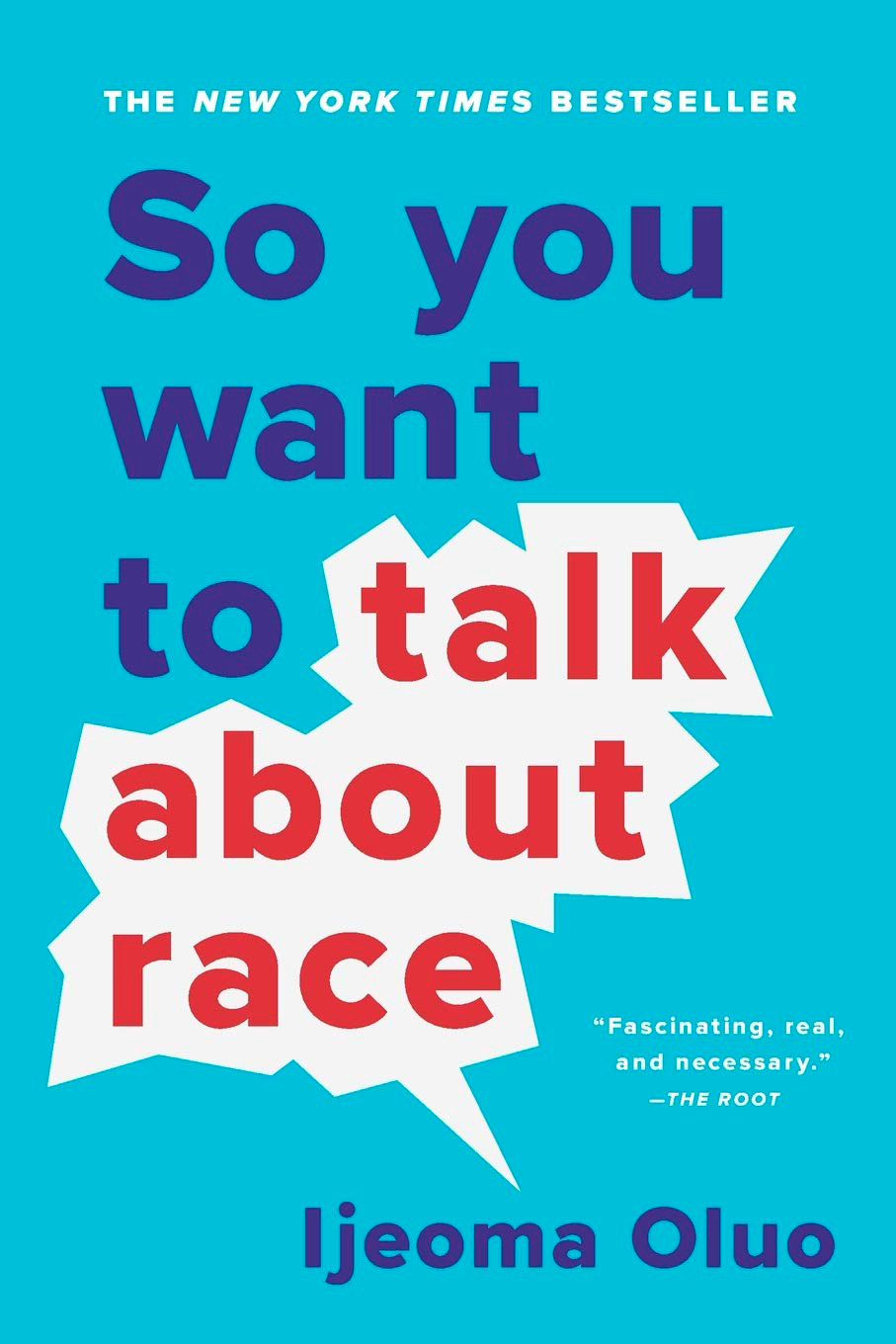 "Widespread reporting on aspects of white supremacy — from police brutality to the mass incarceration of Black Americans — has put a media spotlight on racism in our society. Still, it is a difficult subject to talk about. … In 'So You Want to Talk About Race,' Oluo guides readers of all races through subjects ranging from intersectionality and affirmative action to 'model minorities' in an attempt to make the seemingly impossible possible: honest conversations about race and racism and how they infect almost every aspect of American life." 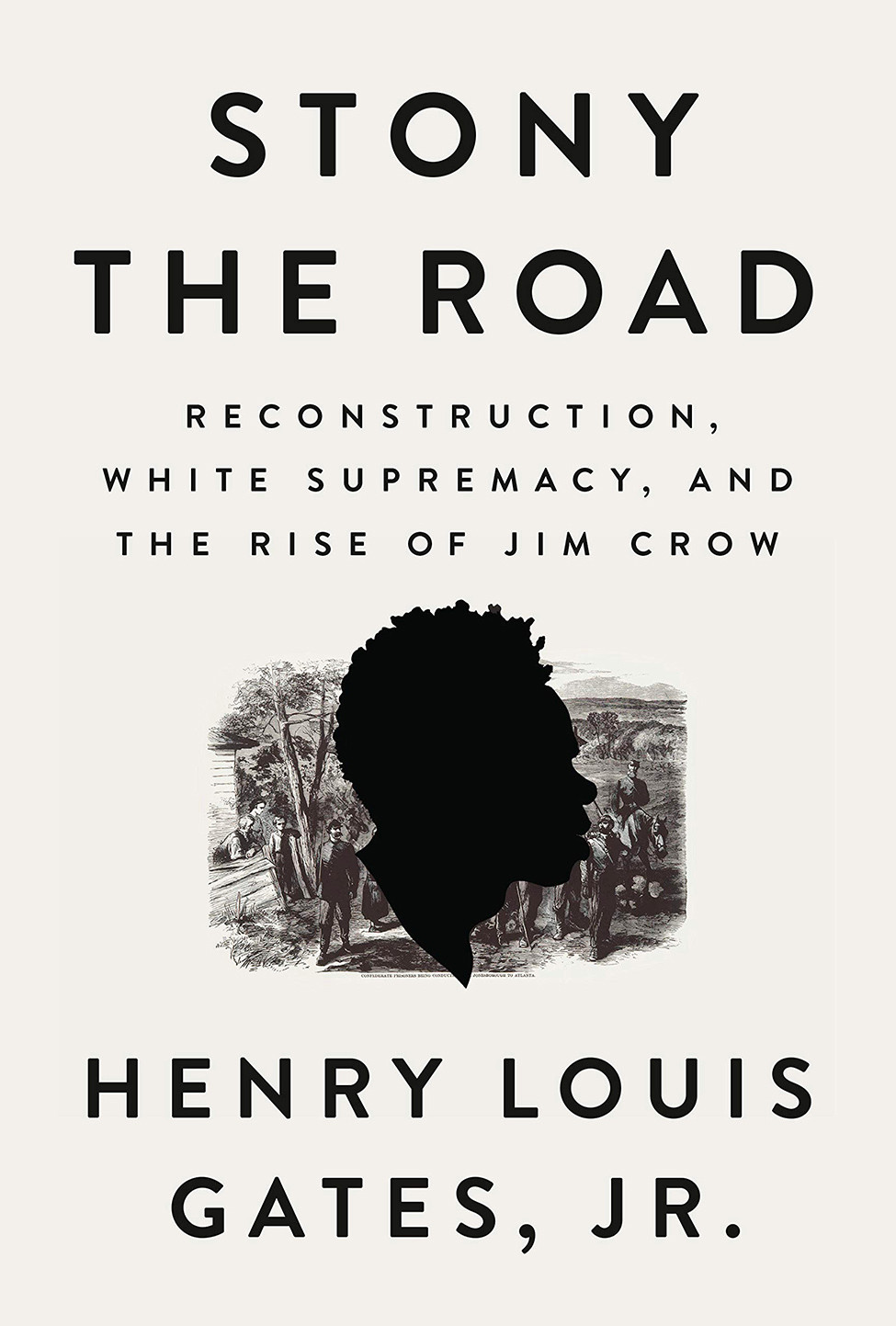 Share It Tweet It Pin It
"Stony the Road: Reconstruction, White Supremacy and the Rise of Jim Crow"
by Henry Louis Gates Jr.

"A profound new rendering of the struggle by African Americans for equality after the Civil War and the violent counter-revolution that resubjugated them, as seen through the prism of the war of images and ideas that have left an enduring racist stain on the American mind. … As sobering as this tale is, it also has within it the inspiration that comes with encountering the hopes our ancestors advanced against the longest odds." 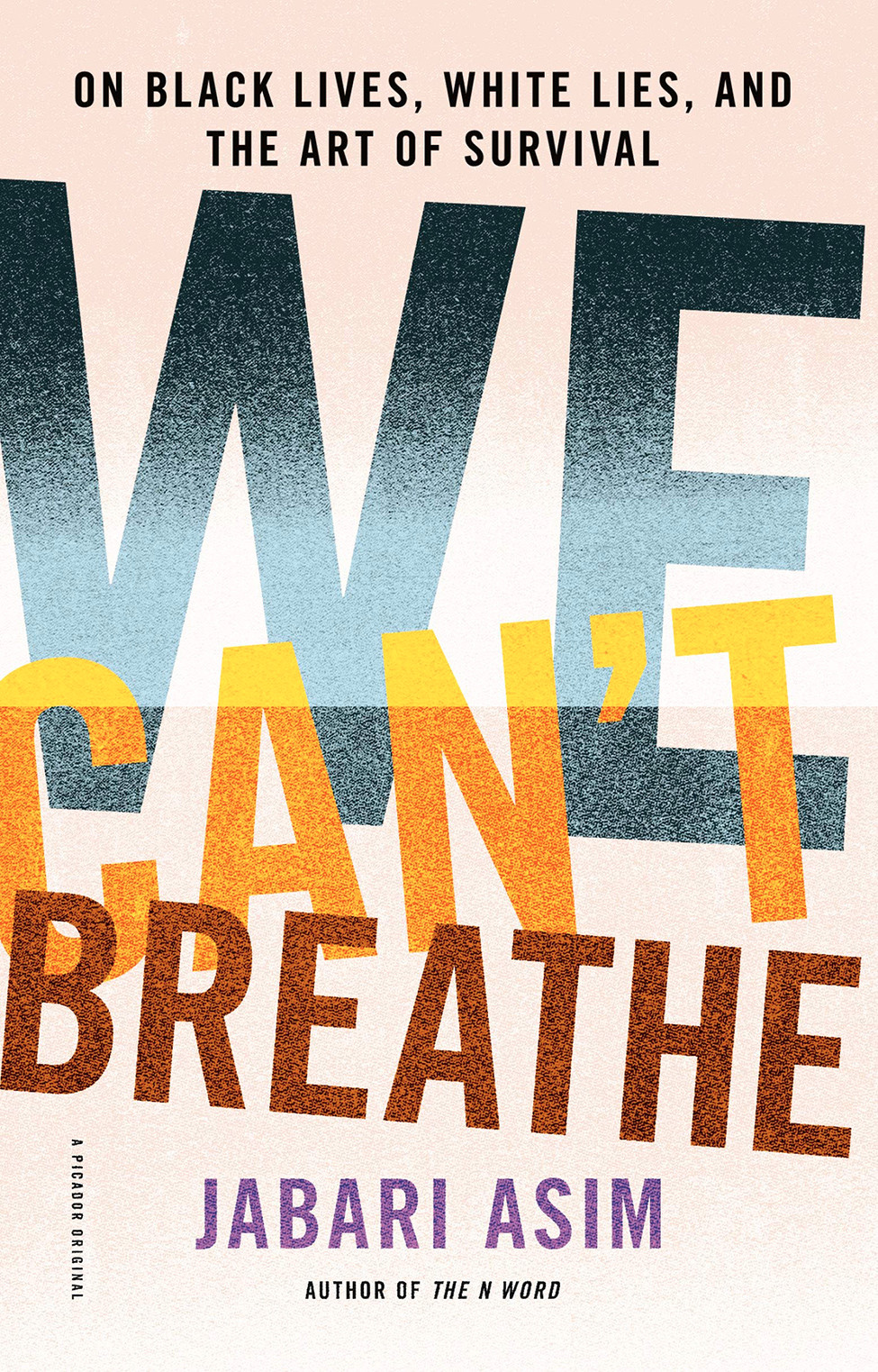 Share It Tweet It Pin It
"We Can't Breathe: On Black Lives, White Lies and the Art of Survival"
by Jabari Asim

"In 'We Can’t Breathe,' Jabari Asim disrupts what Toni Morrison has exposed as the 'master narrative' and replaces it with a story of Black survival and persistence through art and community in the face of centuries of racism. ... These thought-provoking essays present a different side of American history, one that doesn’t depend on a narrative steeped in oppression but rather reveals Black voices telling their own stories." 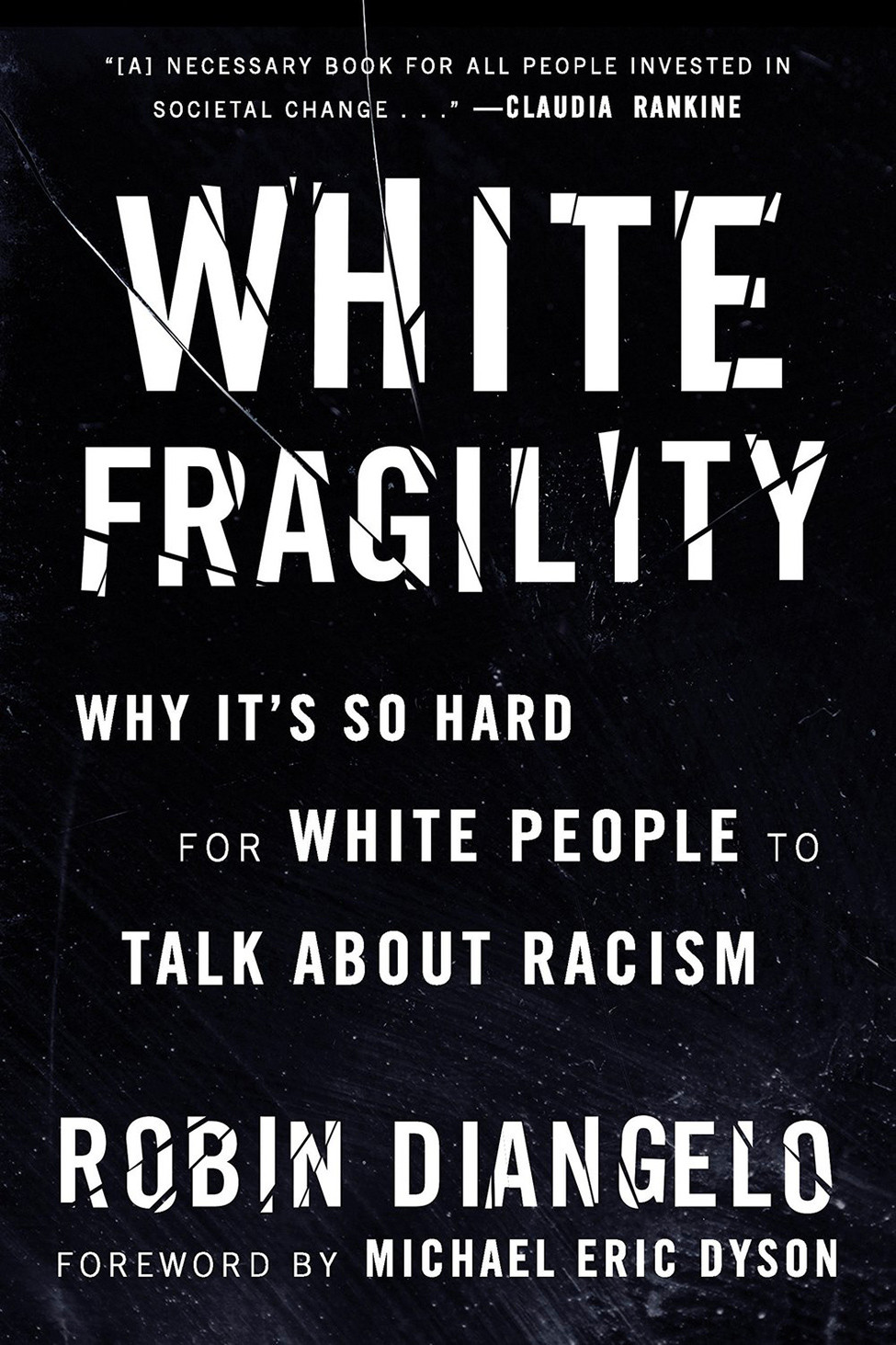 Share It Tweet It Pin It
"White Fragility: Why It's So Hard for White People to Talk About Racism"
by Robin DiAngelo

"In this 'vital, necessary and beautiful book' (Michael Eric Dyson), antiracist educator Robin DiAngelo deftly illuminates the phenomenon of white fragility and 'allows us to understand racism as a practice not restricted to ‘bad people’' (Claudia Rankine). ... In this in-depth exploration, DiAngelo examines how white fragility develops, how it protects racial inequality and what we can do to engage more constructively." 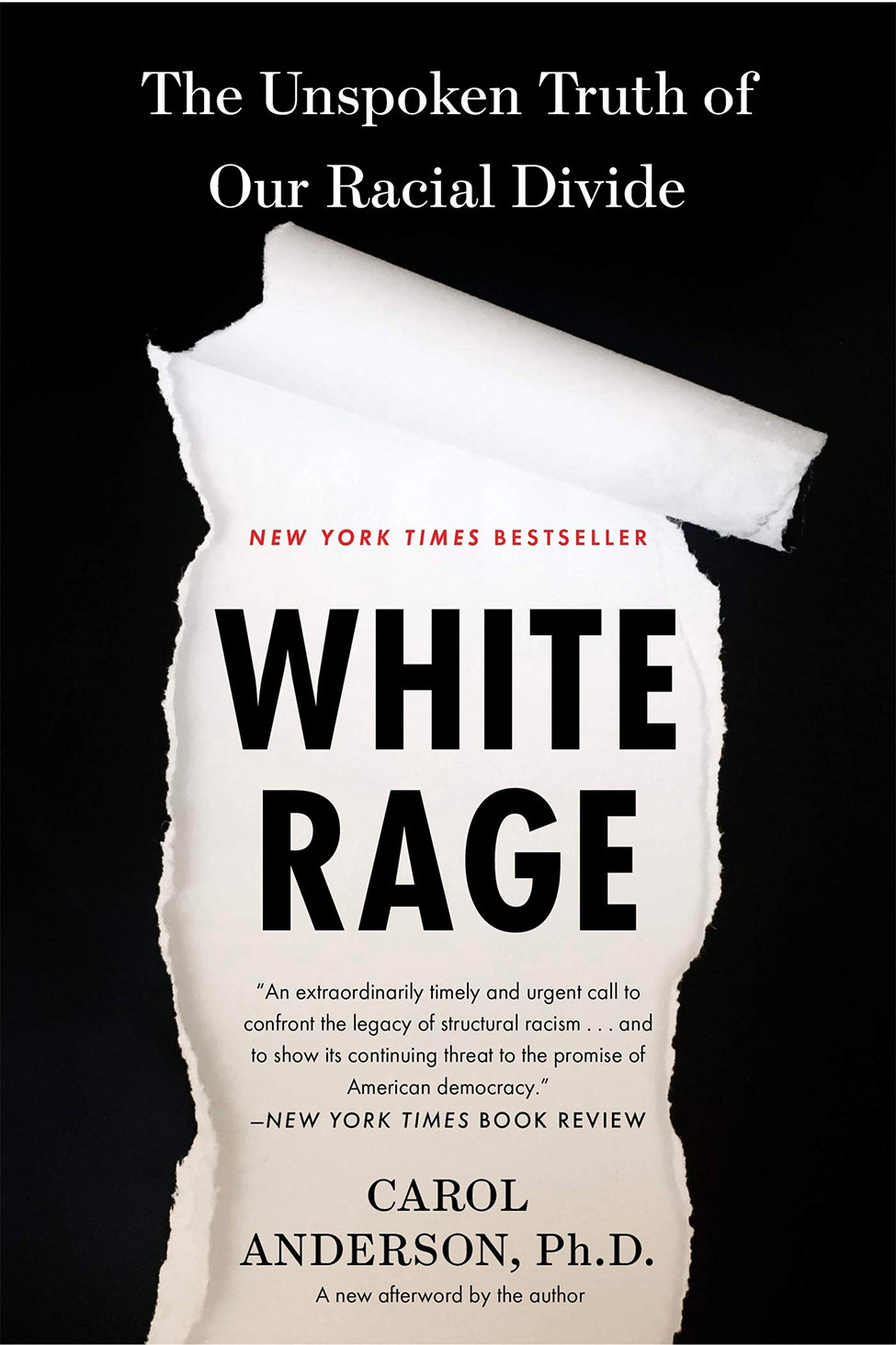 Share It Tweet It Pin It
"White Rage: The Unspoken Truth of Our Racial Divide"
by Carol Anderson

"Carefully linking [Ferguson, Missouri] and other historical flashpoints, Anderson pulls back the veil that has long covered actions made in the name of democracy, fiscal responsibility or protection against fraud, rendering visible the long lineage of white rage. Compelling and dramatic in the unimpeachable history it relates, 'White Rage' will add an important new dimension to the national conversation about race in America." 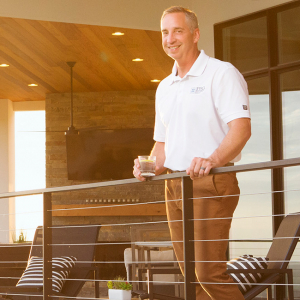 Dining In with Bill Parkinson... 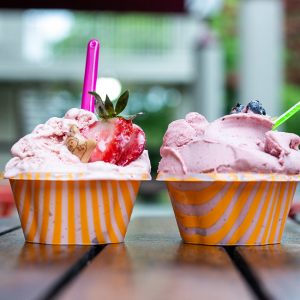 The July Edit: Local Frozen Treats to He... 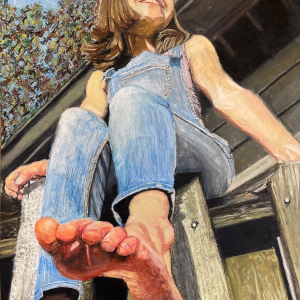 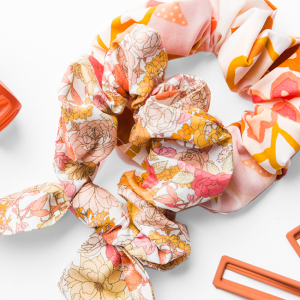 Trend Watch: It's All Peachy...
Permalink