Markia Herron is Ahead of the Game

Markia Herron is Ahead of the Game

Categories: Print, Style Icon
It's no hat trick. The Herron Hats owner and artist knows exactly what she's doing when it comes to building a business on a forgotten craft. 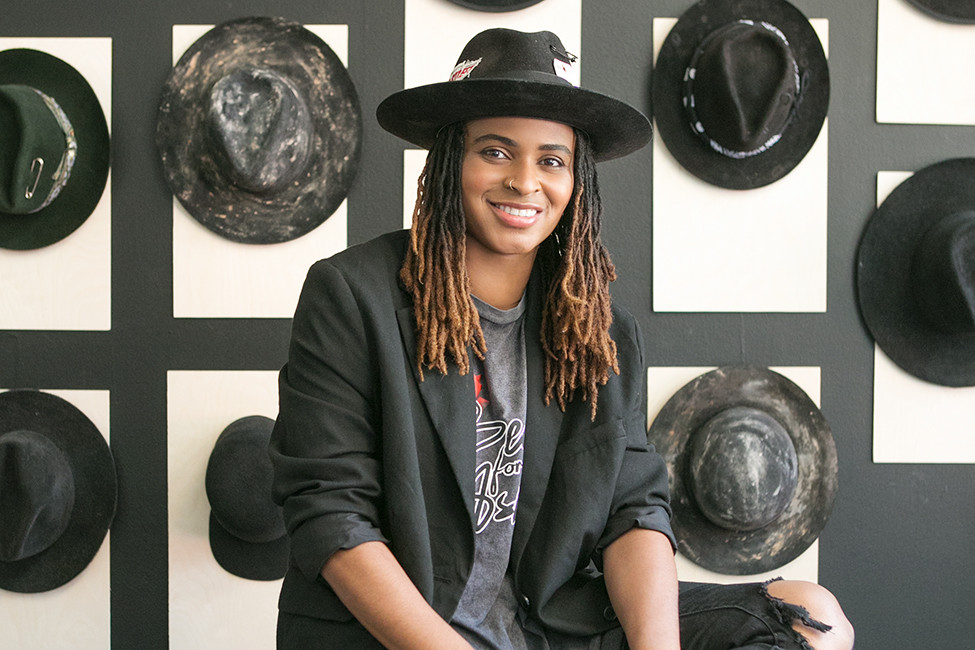 Markia Herron did not set out to make hats. She says she has no grand story or overwhelming passion for how she got into it, but she still feels like her journey to Herron Hats was divinely orchestrated.

Herron grew up in Monticello, Arkansas, so she was used to small towns, but when she took a job in Liberal, Kansas, with Seward County Community College, she learned exactly how isolating it can be to live in one where you don’t know anybody. She wound up staying at home a lot and had a lot of free time. When she did leave the house, she would often sport a fedora around town, but always found they would break down and lose their shape very quickly.

When her sister bought her a high-end bowler hat for Christmas the year Herron moved to Liberal, she became curious about why it lasted so long. After doing some research, she discovered it was all about how the hat was constructed.

She began using all of the free time she had discovered in Liberal to look into how hats were made, searching through Instagram and YouTube and struggling to find any hatters that were not also up-and-coming. She discovered Hatman Jack’s in Wichita and called up the owner to see if he would be willing to let her apprentice with him. She drove the three hours from Liberal to Wichita and tried to absorb as much information as she could about their process for hat production within a span of four hours.

That was April of 2016, or as Herron likes to call it, the beginning of "Season One." When she booked a work conference in New York, she used it as an opportunity to visit the J.J. Hat Center on Fifth Avenue. She bought a fedora for $300 and wore it nonstop for a month before she took it apart to see how they had made it. She took intensive notes and began a year-long pursuit to perfect her own skills at hat-making.

Eventually, Herron took a job at the University of Arkansas at Little Rock as an instructional designer and moved back to her home state.

It wasn’t until "Season Two" in 2017 that Herron began to sell her own hats. She worked out of the clubhouse in her apartment building, then her garage and her living room. Her business started to come off the ground, and she learned where to invest her time and money and who her audience was going to be. She began marketing her designs at fashion shows and growing an audience on YouTube.

Then, with very little warning or notification, she stopped.

“Season Three I was off,” Herron says. “I took the year to figure out rebranding and honing my skills, and so I was already taking the year off when the pandemic happened. I decided to get my studio together, make it really homey and make it comfortable for people who wanted to come in and get measured for a custom hat. The whole year of 2020 I worked on branding, hats, boxing, T-shirts, price points. Could I make something that every person could own?” 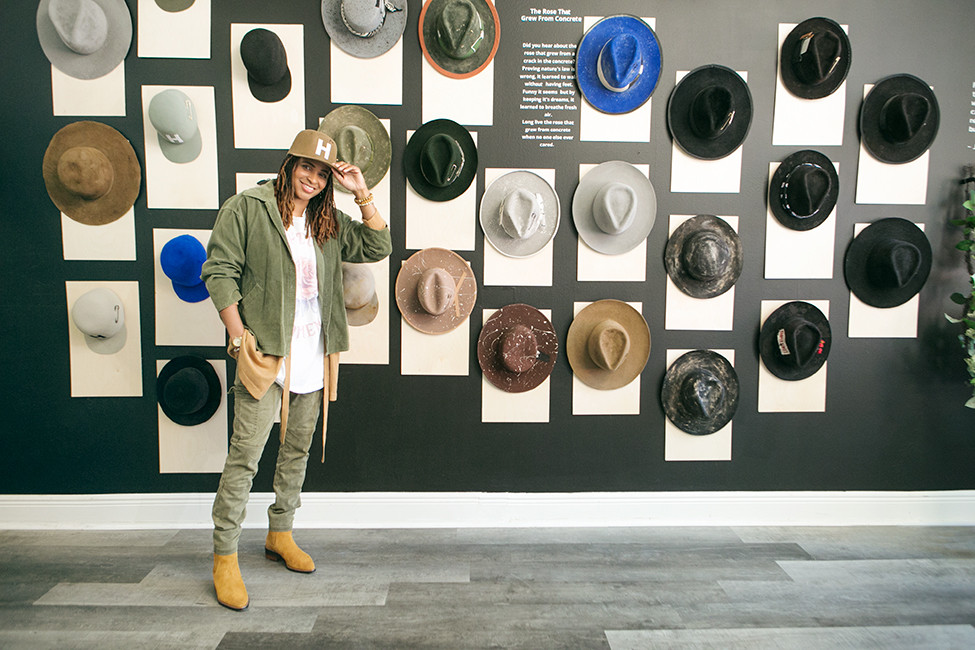 Her downtown studio is very much her own with a clean design and quotes from Tupac and James Baldwin adorning her walls. Her logo, shirts and hat boxes are prominently displayed next to the wall of felt ball caps and fedoras, each with a safety pin attached to the left side.

“It takes a long time to make a hat, and I needed something that was simple, that looked good, that felt good,” Herron says. “I wanted to create a line of hats that I could create, duplicate and that people could have. That was my biggest thing. I took the time to figure out how I could make this work. I also wanted to leave a legacy, and that’s why I chose to use my last name for the business.”

Herron launched "Season Four" of her business in December of 2020. She began selling again and incorporating new items like the felt ball caps she hopes will help set her apart from other hatters. She is also building partnerships and looking for charities to collaborate with.

“I am hoping to see this, when I bring someone on to sew, to flourish,” Herron says. “I want to take a step back and focus on marketing and connecting with other brands, and by the end of the year, I am hoping to see my hats everywhere and on all types of people.”

While she loves creating her hats for all types of people, she feels the weight of being a Black artist, especially in the heartbreak of so much violence against so many Black Americans in 2020 and since.

“Sometimes when people see that we are artists, they think we are exempt from it, but we’re really not,” Herron says. “Y’all like our art, but we’re still Black. We think, ‘How do we deal with this? And how do we go get degrees and be doctors and educators and create art and music while we also deal with all of these things that are going on?’"

Herron often is in a situation where she will want to post one of her hats on social media, but has to stop and consider the larger picture of what is going on. Should she still post a photo of a hat when someone died today?

“If nothing has ever been done to me personally, I still feel the things that other Black people go through,” Herron says. “I don’t know if there is anything I could say to get people to understand what it feels like to go through what we go through. So I don't know how to tell you what it’s like being a Black woman creating art.”

But even in the darkest times, Herron has her friends, her family and her faith. They have helped to ground her as a person and encourage her to continue to pursue what she feels is right, both personally and professionally.

“Family, friends, crazy girlfriend — it has all played a factor in everything I do,” Herron says. “I am glad I am at this point because I don’t know if I would’ve been here three years ago. It’s always been my pillar of everything. It’s gotten me through a lot. It’s always a saving grace.”

To anyone considering taking a leap of faith like the one she took starting Herron Hats, her biggest piece of advice is to not be afraid of failure.

“What you go through births you to do what you are supposed to do,” Herron says. “If you don’t do it, then you don’t know the outcome of it because you didn’t even try to do it. When you have a thought in your mind to do something, I hope you go forth and do it, or at least try it. I want people to be able to dive into what they feel, and not just because it will make you money.” 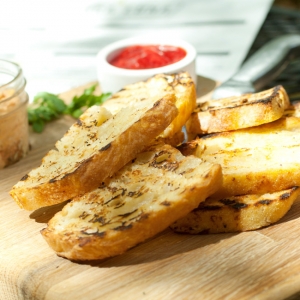 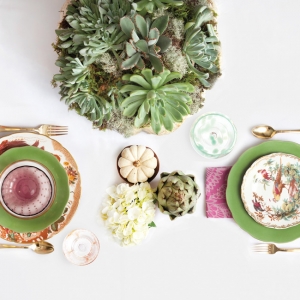 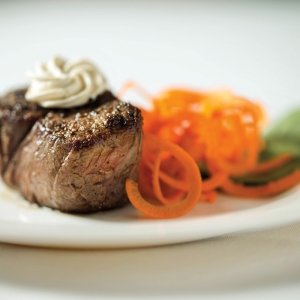 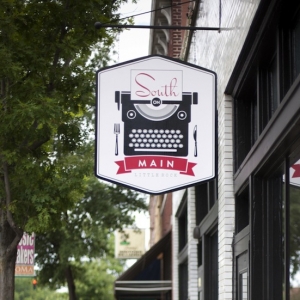 Matt Bell from South on Main Invited to ... 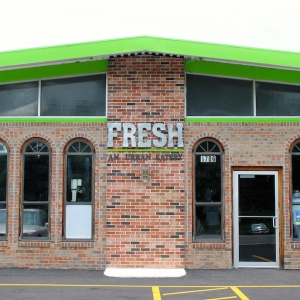