Chris James and the Art of Restoration

Chris James and the Art of Restoration

Categories: Print
How the Roots Art Connection uses poetry, hip-hop and community to transform students’ lives and give local artists a voice. 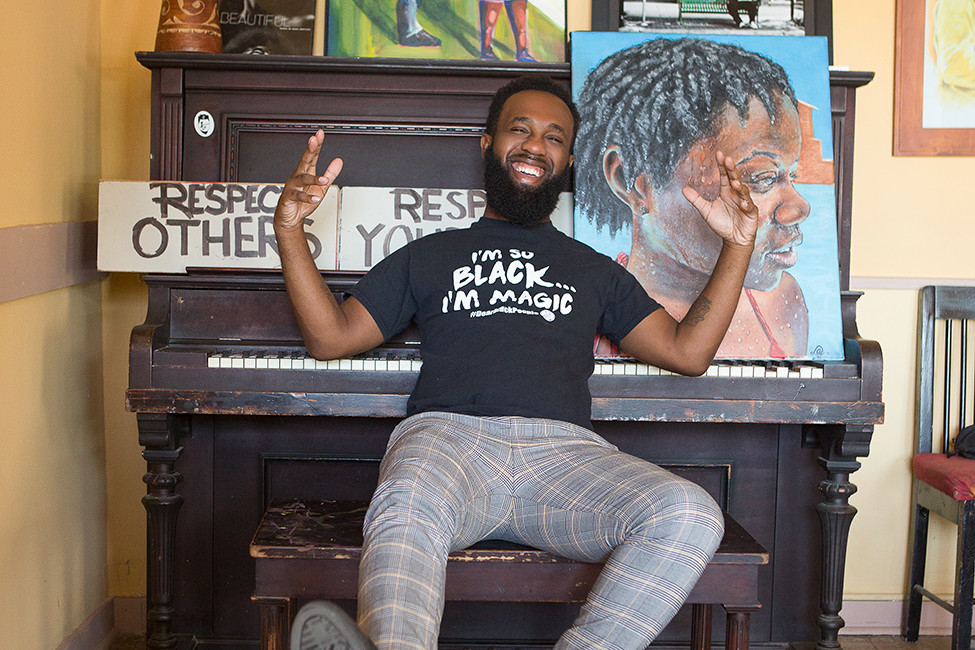 “I started writing poetry when I was in the seventh grade because my big brother wrote poetry,” James says. “I used to write to express myself. I was going through a lot. I was raised by a single mom, both of my brothers went to prison when I was 16 for 25 and 40 years, I became a dad at 16. Poetry was just my escape from a lot of stuff.”

James’ passion for poetry and the arts grew as he got older, and he knew he needed to share with others the skills and resources that had helped him heal. In 2011, he founded My Art Is, giving him a way to put poetry and other art forms in the hands of young people.

“I went in and basically allowed young people to express themselves through poetry, hip-hop, through dance, through singing, even through art design,” James says. “Whatever that art was, I allowed them to share it.”

One of the keys to success for the program was to provide a forum where students could share their creations. Once a month, James hosted an open mic night at the school where students and professional artists alike could perform, listen and learn.

During this time, he printed a monthly newspaper called “The Essence of Blackness” that was distributed around Little Rock and made personal strides in his poetry career, ranking second in the world’s second-largest poetry slam. As My Art Is grew, James knew it was time to take the next steps with the organization.

Paul Leopoulos, co-founder and then-executive director of Thea Foundation, mentored and guided James as he worked toward his goal of establishing an official nonprofit. James hosted his first formal event, an art auction in the Thea Foundation space. In 2013, The Roots Art Connection became an official 501(c)(3). This was also when James quit his job and dedicated himself to growing and developing his new nonprofit.

“I published my first book in January 2014 and that’s when I decided I was going to be an artist full time for the rest of my life,” he says.

The Roots Art Connection has grown far beyond the My Art Is program. As it provides arts education for students in elementary school through college, there is a focus on social and emotional learning and suicide prevention.

“We are literally going into schools and challenging young people to express and talk about things they’ve never talked about before,” James says. “We’re really big on the fact that this is a safe space. Students, 95% of the time, trust that and thrive in that space.”

James has traveled around the state to offer two different week-long programs: one focused on poetry and the other focused on hip-hop. This year, the programs are offered virtually due to COVID-19, but he hopes the impact remains the same.

“What a week-long artist residency looks like is usually me, in a class, Monday through Friday, teaching young people poetry,” James says. “The students are writing poems and by the end of the week having a poetry slam and competing against each other to have a chance to be one of the top five in the entire school.”

The weeks James has spent in schools have resulted in some of the most impactful experiences of his career. He’s seen time and time again that the arts are a vital component of a young person’s growth and emotional maturity.

While working with a fifth grade class in Texarkana last year, one student let him know how big of an impact the program had on her.

“A young lady who was real closed off and real reserved actually won the poetry slam in her class,” James says. “She wrote me a letter and said, ‘Thank you for allowing me to express myself and my dealings with suicidal thoughts … Poetry allowed me to see myself and to be more comfortable with myself.’ I get a lot of stories like that where young people for the first time are given this creative platform to express themselves. They express things they’ve never expressed before.”

The Hip-Hop Matters program takes a more lighthearted approach to incorporating the arts in the classroom by using hip-hop to teach math skills. This program ties in music and movement, two important facets of the arts, as students write lyrics about algebra and geometry.

“The goal is, when we go in for that week-long time, how can we teach what teachers are already teaching, but use poetry or hip-hop or theater and make it fun and make it make more sense and make it more enjoyable,” James says.

James’ goal through The Roots Art Connection is not only to impact students’ lives, but to provide jobs and outlets for professional artists. 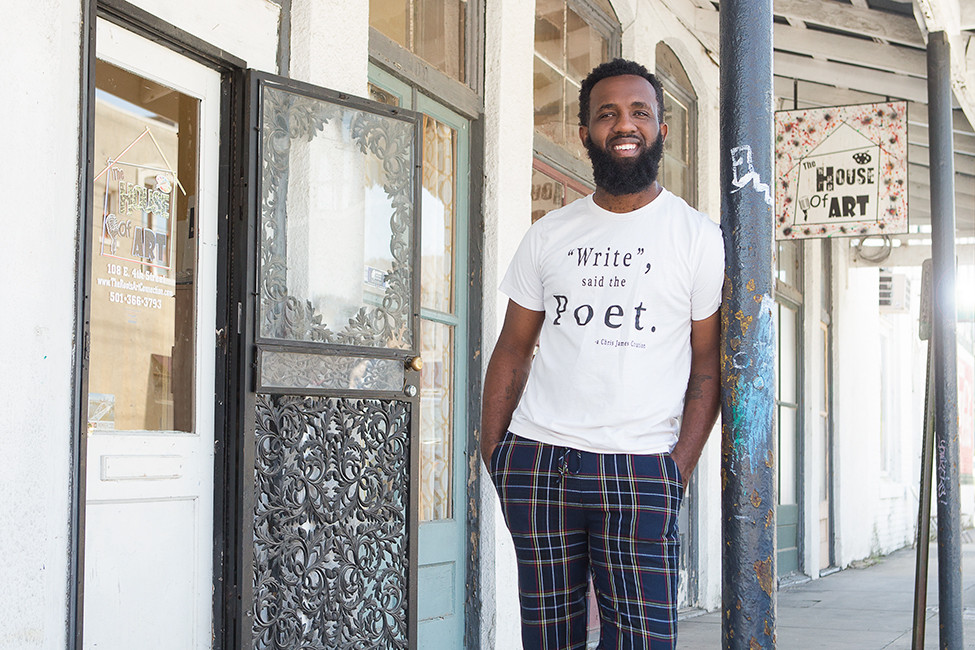 The Roots Art Connection has been able to hire artists for a variety of projects and roles, including teaching in schools and creating artwork in the community. James says his goal is to provide opportunities for artists to make a living wage off of their art and to pay them what they’re worth, in turn helping to grow the economy in the state.

One of his passions is The Mural Project, inspired by the multitude of murals he saw in San Antonio, Texas, on a 2015 visit.

“There were 51 murals on the southside of San Antonio. Fifty-one murals. Imagine 51 murals being up and down 12th Street,” James says. “If we have 51 murals in that community, more people would visit there. It would become a whole attraction in Little Rock. Man, that’s an arts district now!”

Something as simple as bringing more art to parts of the city can boost the economy in many ways. Not only are artists paid to create murals, but the increased tourism can motivate businesses to open nearby, promoting shopping and property ownership and boosting the overall sense of community.

The Roots Art Connection also supports local artists through The House of Art, an Argenta gallery where it hosts a weekly open mic night.

“We strongly encourage people to come into our space and be naked, to express themselves,” James says. “This is a safe space ... You come in and it’s like you’re on the couch in a therapy session.”

The House of Art Venue Manager Leron McAdoo, known as Ron MC the Hip-Hoptimist, believes the purpose of these events goes beyond giving artists a performance venue.

“I’m also an art teacher and I have been since 1994 in the public schools,” McAdoo says. “For my students, my major goal is not to make artists out of everyone but to make every student appreciate art, and that’s what I think happens at The House of Art. An appreciation so they won’t just stick their nose up at ballet. That if they need a sign painted they’ll understand there’s a great skill involved in that. If they go to the orchestra they can understand that form of artistic expression. It’s not just about what happens that night, it’s about transforming their mind.”

After each event at The House of Art, McAdoo leaves inspired. The venue is a comfortable space where comedians can test their jokes, singers can serenade and poets can be “as lyrical as they want,” according to McAdoo.

“As a creative myself, it’s just so inspirational to see young artists, young poets, young dancers, young singer-songwriters, go through their creative process,” he says. “So I leave with way more than I come with.”

As The Roots Art Connection continues to serve more students throughout the state, James hopes to grow the organization and employ more professional artists. They recently hired a choreographer who is teaching virtual dance classes focused on storytelling through movement.

And as someone who started their artistic journey long before adulthood, he knows one of the keys to success is helping young artists flourish and see the purpose in their art.

“Doing the arts in education shows we’re making a real impact in these students’ lives,” James says. “We’re not only offering education to them in a more creative and fun way, we’re offering something that’s a lot like therapy. I think it very well is saving some young people’s lives.”

(Learn more at therootsartconnection.com and The House of Art on Facebook.) 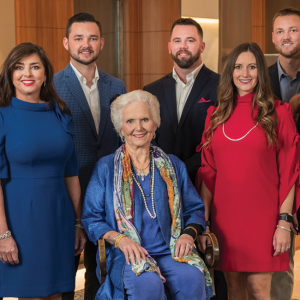 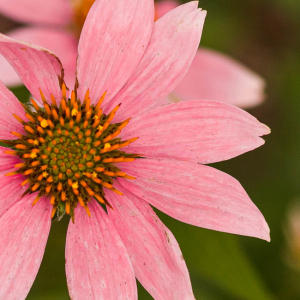 The October Edit: How to Use Our Giving ... 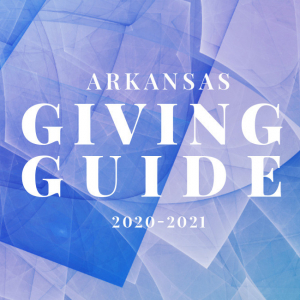 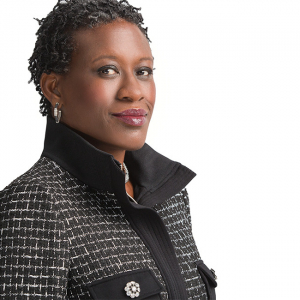