Categories: Culture, About Town
The arts festival is back for its sixth year and the lineup is better than ever. 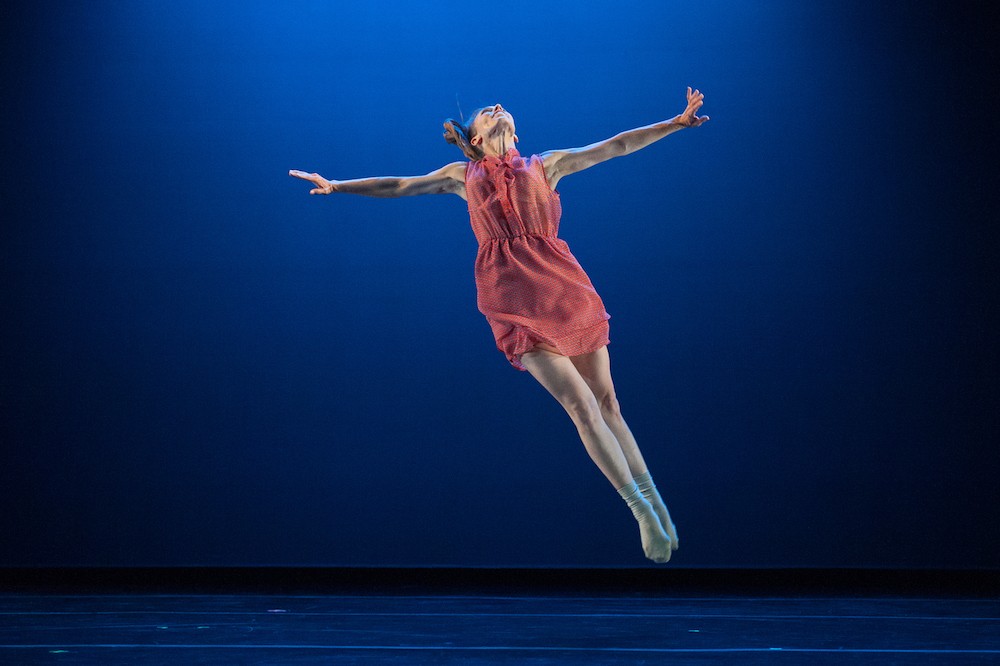 Lovers of the arts, rejoice!

The sixth annual Acansa Arts Festival is officially set for Sept. 13-28 — spanning the course of three weekends — and organizers have just released the lineup of acts and artists.

Continuing its tradition, Acansa will showcase a wide range of performances and events in venues across the metro in hopes of "building a more dynamic and engaging community through the arts and enriching the cultural vitality of the region."

"Acansa’s board, staff and artists are delighted to collaborate with local, regional and international artists and welcome the community to share in an invigorating lineup that explores a full spectrum of arts presentations and educational activities," said executive director Dillon Hupp. 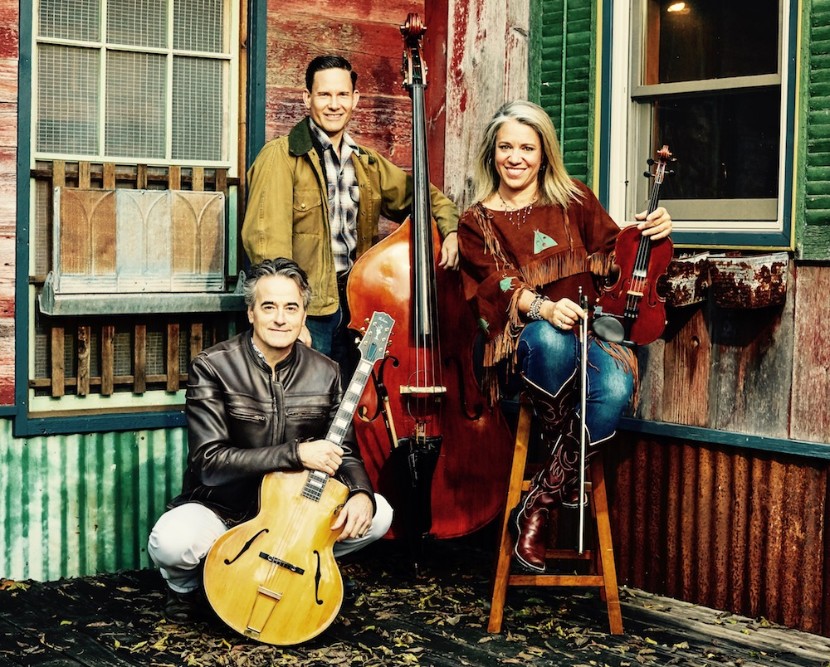 Austin-based Hot Club of Cowtown explores the space where early jazz met Texas swing, where Joe Venuti and Eddie Lang met Bob Wills and His Texas Playboys. Guitarist Whit Smith and fiddler Elana James have become a world-class country-jazz duo, challenging each other and reading each other's minds at every turn. Add in the insouciant lyrics of the era and the vigorous slap-bass rhythms of Jake Erwin, and you've got virtuoso small-group western swing that's beyond infectious.

Native Arkansan Stewart Fullerton is a comedian and actress who moonlights as a waitress in New York City. Among her performances across the city, she appeared in the Laughing Devil Comedy Festival, as well as Broadway Comedy Club and Greenwich Comedy Club during the 2018 She-Devil Festival. She recently appeared at the Burbank Comedy Festival where she was selected for the Best of the Fest Showcase.

A multi-ethnic Latin pop songstress, Gina Chavez is a 10-time Austin Music Award winner. Her bilingual record, "Up.Rooted," topped both the Amazon and Latin iTunes charts following a feature on NPR's "All Things Considered" and has been hailed by The Boston Globe, USA Today and Texas Monthly. Her Tiny Desk concert made NPR’s top 15 of 2015. Fresh off a 10-country tour as a cultural ambassador with the U.S. State Department, Chavez’s passionate collection of bilingual songs takes audiences on a journey through the Americas, blending the sounds and rhythms of the region with tension and grace.

Bill Bowers: "All Over the Map"

"All Over the Map" is 50 states, 30 years on the road, 25 countries, 2 hookers, 1 bunny and a mime. Hailed by critics as the most accomplished and renowned mime of his generation, Bill Bowers currently performs and teaches the art of physical storytelling throughout the world. Bowers takes you places so unbelievable they could only be true. Bowers has performed on Broadway, at The Kennedy Center, the White House and in some of the finest grade school cafetoriums across the country. In "All Over The Map," he shares indelible memories and characters who will stay with you long after lights-up.

In partnership with Argenta Community Theater, Acansa is proud to present Tennessee Williams’ timeless masterpiece, "A Streetcar Named Desire." Seeking solace from her crumbling world, Blanche arrives at her sister, Stella’s, apartment bringing her face-to-face with the menacing masculinity of Stanley Kowalski. Directed by Ben Grimes, the production is a raw exploration of family, sexuality, gender roles and survival. 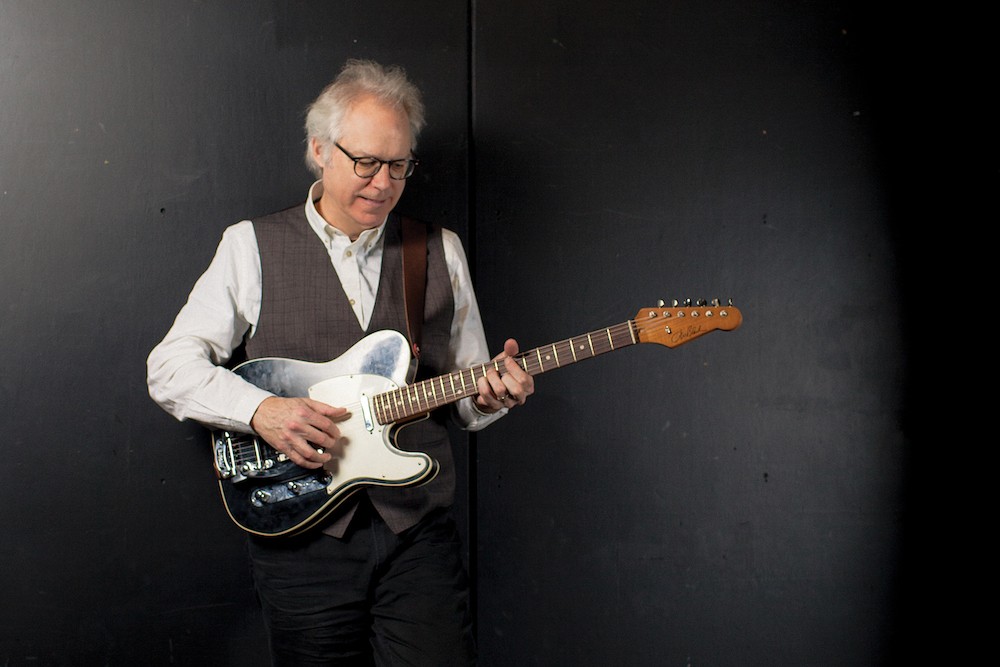 Known for his impressive surf, fusion, roots, Americana and folk jazz, Grammy Award-winning Bill Frisell’s career as a guitarist and composer has spanned more than 35 years and many celebrated solo and group recordings. Frisell has been recognized as one of America’s most vital and productive performing artists by Downbeat Magazine and the Jazz Journalists Association and has received the Coup de Coeur Award from the Academie Charles Cross as well as Germany’s Echo Jazz Award and The German Record Prize.

With a nod to the three tenors, Tenors Unlimited — Scott Ciscon (tenor), Paul Martin (bass-baritone) and Jem Sharples (tenor) — bring their own take on the popular classical genre and expand the perception of what a 21st century tenor could be. Known as "The Rat Pack of opera," Tenors Unlimited cleverly combines popular opera, musical theater, crooner standards, original songs, a wicked sense of humor and rich harmonies to perform at Acansa and around the globe as the UK’s original classical-crossover "man-band." 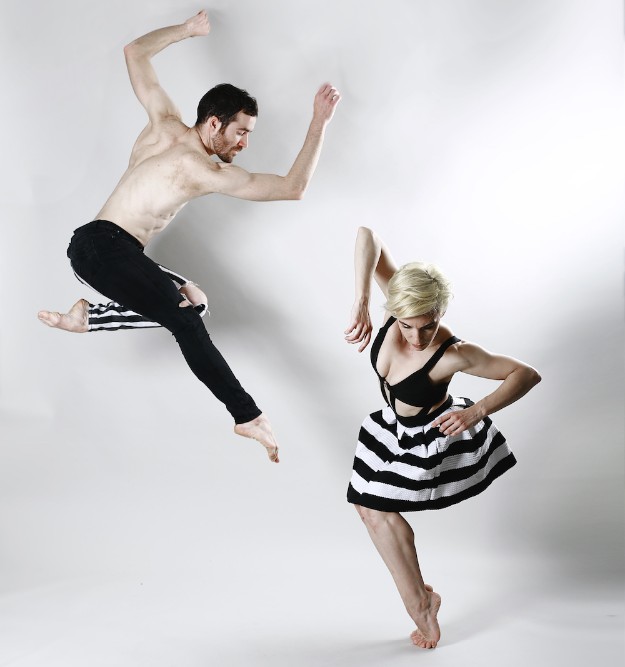 Bodytraffic, a world-class contemporary dance company born in Los Angeles, is known internationally for its contagious vivacity and high caliber work. Founded in 2007 by Lillian Rose Barbeito and Tina Finkelman Berkett, Bodytraffic continues to push boundaries through its deep commitment to producing acclaimed works by distinctive choreographic voices. Bodytraffic is home to an exceptionally versatile family of world-renowned dancers who have trained with the likes of Mikhail Baryshnikov, The Juilliard School, Hubbard Street Dance Chicago and more. 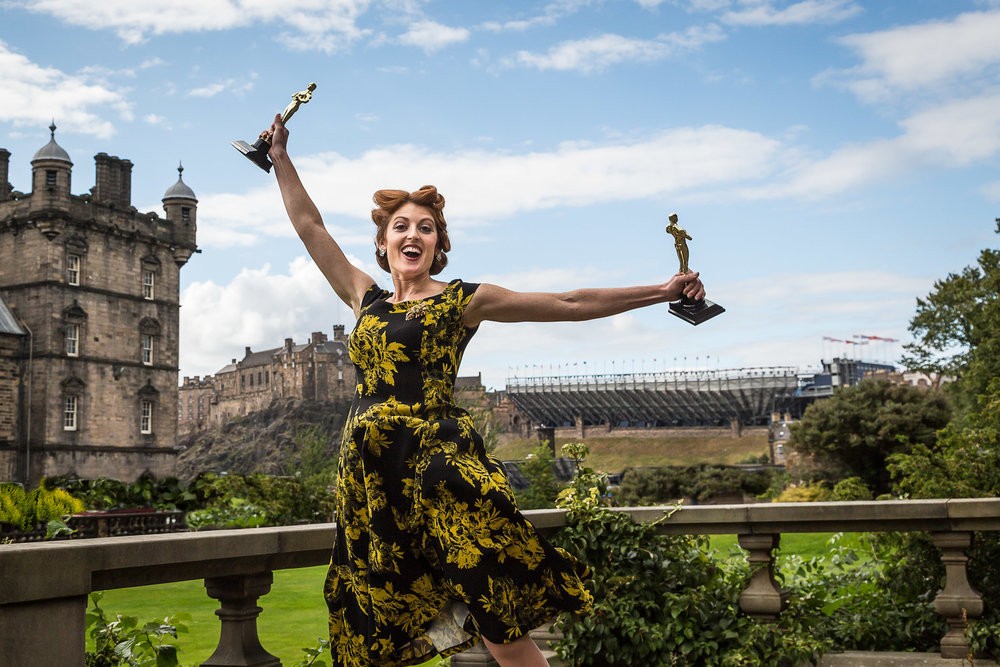 Written by and starring Jessica Sherr, "Bette Davis Ain’t for Sissies" is an up close and personal “conversation” with the two-time Oscar-winning and 10-time Oscar-nominated actress, Bette Davis. This 90-minute one-woman show escorts audiences to the 1939 Academy Awards. Miss Davis, nominated for Best Actress in the film "Dark Victory," is pitted against Vivien Leigh in "Gone with the Wind." When the Los Angeles Times leaks the Oscar winners, what will the bold, defiant and disillusioned Bette Davis do next?

The extraordinary Tatiana Roitman Mann and Friends return to the Acansa Festival to share an exquisite evening of music. Tatiana R. Mann and Friends promise unusual repertoire in an intimate setting. Tatiana’s virtuosity, described by the BBC as "formidable … both accurate and with rarely seen joy,” has led to invitations for performances across Europe and the U.S., including the premiere of E. McKinley’s "Speak No Evil" at the American Composers’ Forum and "For Don" by M. Babbitt in celebration of the composer’s 90th birthday at Tanglewood’s Contemporary Music Festival. Tatiana is a recipient of Tanglewood’s Peggy Rockefeller Memorial Fellowship.

Jessica B. Harris is an award-winning food historian, internationally-renowned speaker and one of the world’s leading experts on African Diaspora cooking. She’s the author of the memoir "My Soul Looks Back" (Simon & Schuster, 2017), a finalist for the PEN/Open Book Award, about her days in Harlem in the 1970s with James Baldwin, Toni Morrison, Maya Angelou, Nina Simone and other leading black intellectuals and artists of the time. The author of 12 critically acclaimed cookbooks documenting the foods and foodways of the African Diaspora, Harris’ book "High on the Hog: A Culinary Journey from Africa to America" was the International Association for Culinary Professionals 2012 prize winner for culinary history. 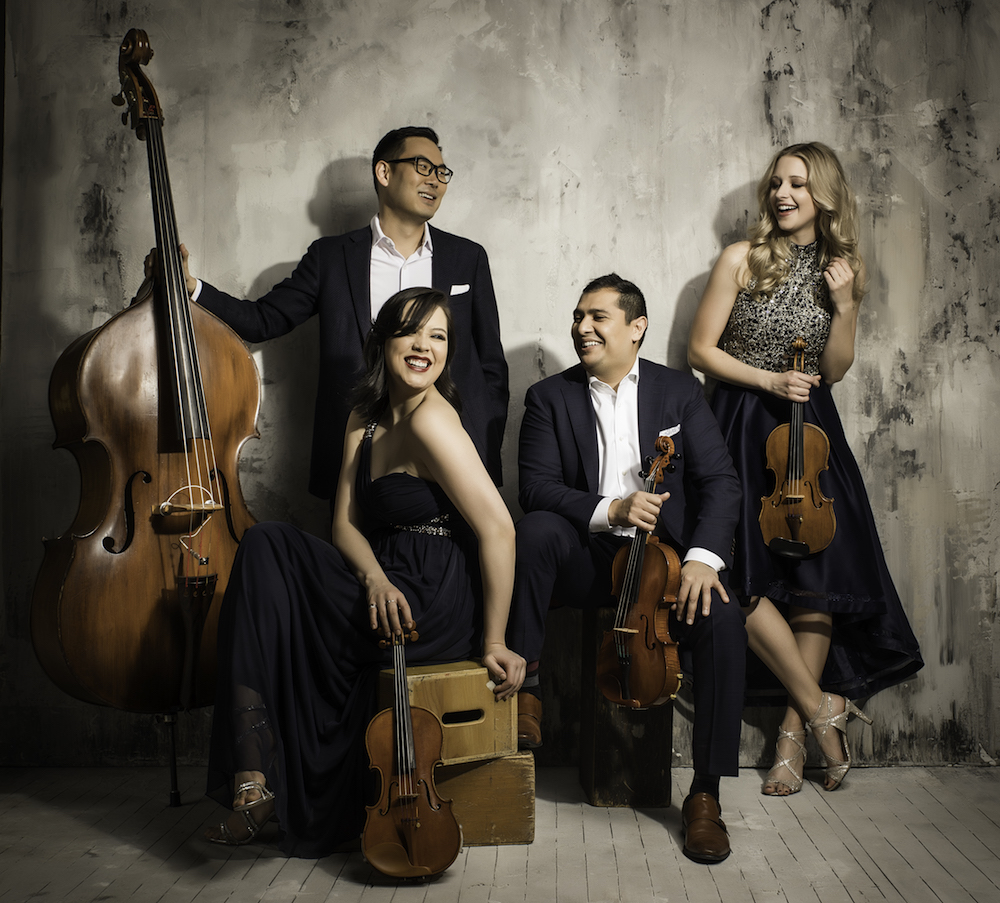 The Dallas String Quartet (DSQ) provides a unique fusion of classical and contemporary music on both traditional and electric strings. In addition to four studio albums and international performances, DSQ has played "at home" for Presidents Obama and Bush, the College Football Playoff, NBA and NFL organizations. DSQ has sold out concert venues like the House of Blues and symphony halls alike, and has also played alongside such musicians and groups as Josh Groban, Chicago and the Trans-Siberian Orchestra.

Acansa Arts Festival of the South and Arkansas Symphony Orchestra collaborate to present American trio Time for Three, an ensemble that "defies any traditional genre classification, happily and infectiously," under the baton of one of the most important conductors of our time, JoAnn Falletta. The program, which opens ASO’s 2019-2020 season, features Rimsky-Korsakov's exhilarating and evocative "Scheherazade," Higdon’s "Concerto 4-3" and Ravel’s "La Valse." 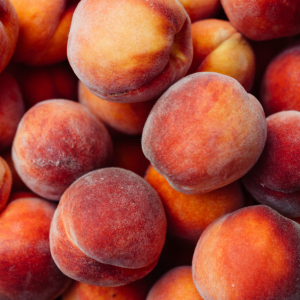 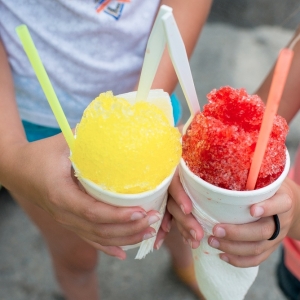 Where to Get Your Snow Cone Fix This Sum... 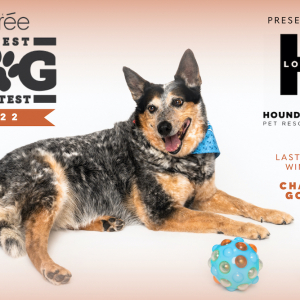 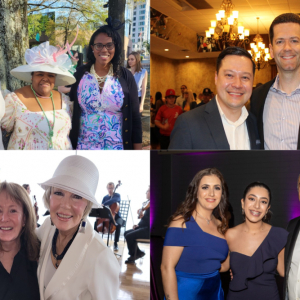 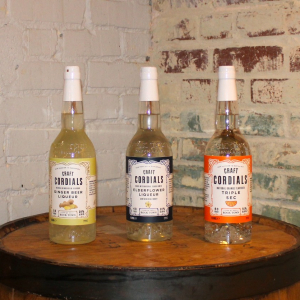 Where to Get Last-Minute Father’s Day ...
Permalink