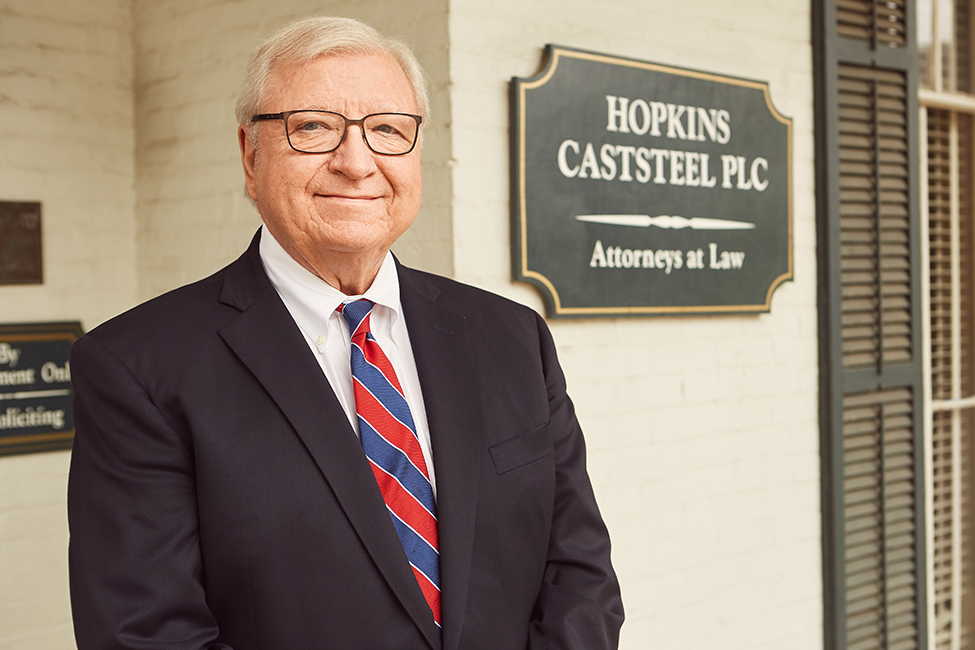 “Creative solutions and sound advice for your business and personal challenges” is the core philosophy of Hopkins Caststeel PLC, founded by Gregory M. Hopkins in 1984.

The firm has been selected as Best Law Firm in Arkansas (small firm tier) for business and transactions by Super Lawyers.

Hopkins completed his undergraduate degree at Arkansas State University in less than two years and graduated with highest honors. While at ASU, Hopkins received the Robert E. Lee Wilson Award, ASU’s highest student award, and also was named Outstanding Real Estate & Insurance Major. Hopkins received his law degree from the University of Arkansas, where he was chief justice of the student court and president of the Phi Alpha Delta legal fraternity.

Hopkins, making his eighth straight appearance in Soirée’s list of Little Rock’s Best Lawyers, has received numerous other awards and recognitions including being named Arkansas’ Best Business Lawyer by the Arkansas Times, and inclusion in Arkansas’ Best Lawyers in Arkansas Business, Top Attorneys in the Mid-South in Memphis Magazine, Super Lawyers of the Mid-South for Thompson Reuters and Memphis Magazine, the Bar Register of Preeminent Lawyers from Martindale- Hubbell, and Elite Lawyers of the South in the National Law Journal.

Hopkins also serves as Chairman of the Board of Directors of Bank of England in England, Arkansas.