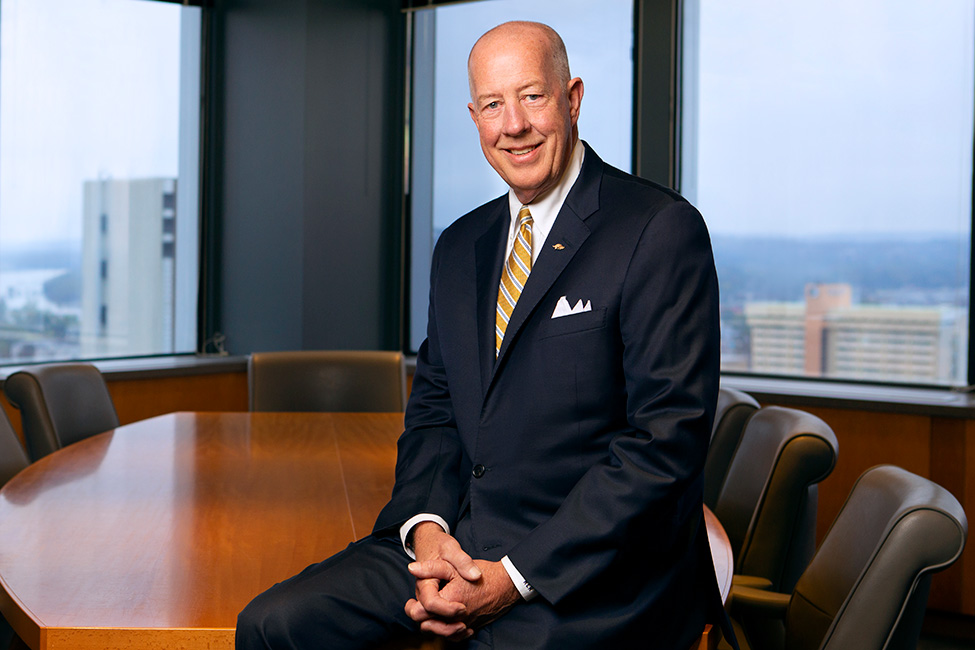 For more than 40 years, Rick Ramsay has had a vigorous commercial litigation practice, handling matters such as real estate, labor law, insurance defense, and representing various lenders, banks and savings and loans.

In 1989, Ramsay joined Grobmyer Ramsay & Ross in Little Rock, expanding his practice to defend brokerage houses in securities arbitrations. In 2000, the firm merged with Eichenbaum Liles P.A. where Ramsay became involved with construction litigation and continued his practice specializing in complex commercial litigation, banking and debtor creditor matters. Ramsay was a bankruptcy trustee for 33 years and is designated an expert in bankruptcy and debtor/creditor law. His expertise in financial litigation has led to appointments as receiver/distribution agent in numerous large bankruptcy cases and corporate dissolutions.

In 2010, Ramsay became a mediator. He developed an active mediation and arbitration practice, opening Ramsay Mediation & Arbitration in 2016.

Ramsay is extremely active in both the Arkansas and American Bar Associations. He was president of both the Arkansas Bar Association and the Southern Conference of Bar Presidents. He is a fellow of the American Bar Foundation – an honorary organization of attorneys, judges, law faculty and legal scholars deemed by peers to have demonstrated outstanding achievements and dedication to the welfare of their communities and to the highest principles of the profession. Ramsay is the Arkansas Bar representative to the ABA House of Delegates, serves on the UA Campaign for the 21st Century Committee and the ABA Commission on Youth at Risk Advisory Committee.

Ramsay is an avid duck and quail hunter. He has rowed his raft down many of the country’s most challenging whitewater rivers and is a Certified Swiftwater Rescue Instructor.