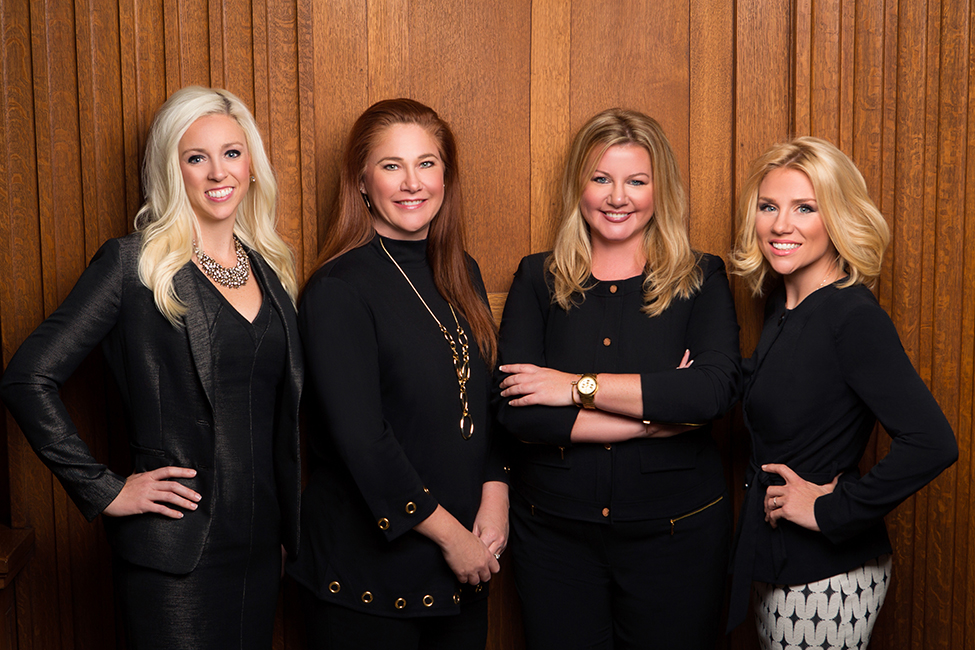 With more than 40 years of combined experience, each of the lawyers at LaCerra, Dickson, Hoover and Rogers, P.L.L.C., has unique legal skills. They work as a team to handle cases efficiently, which means you benefit from each attorney’s specific background. In May of 2016, Traci LaCerra, Natalie Dickson, Lauren Hoover and Marjorie Rogers joined together to combine their talents and create a boutique litigation law firm in the rising downtown commercial district.

Traci LaCerra attended Henderson State University where she received her B.S.E. majoring in English with a minor in History. After graduating in 1993, she attended the University of Arkansas at Little Rock School of Law. Traci was admitted to the Arkansas Bar in 1997 and is also admitted to practice in the United States District Court for Arkansas and the Eighth Circuit Court of Appeals. However, since 1998, she has focused her law practice primarily on domestic relations law; probate law; administrative law; and civil litigation. Traci was recognized in 2014 by the National Academy of Family Law Attorneys as a Top Ten Family Law Attorney.

Natalie Dickson has experience as a trial lawyer in multiple disciplines of civil and criminal litigation with experience in both bench and jury trials. Licensed in Arkansas since 2003, Natalie’s practice primarily focuses on domestic relations litigation and criminal defense litigation. She obtained an undergraduate degree in political science from Arkansas State University in 2000 and attended both William H. Bowen School of Law and the Cecil C. Humphreys School of Law at the University of Memphis before receiving her J.D. in 2003. Natalie is licensed in state court as well as the United States District Court for Arkansas. Natalie is a member of the Arkansas Bar Association, Pulaski County Bar Association, and the Judge William R. Overton American Inn of Court. Natalie is the current chair of the Family Law Section of the Arkansas Bar Association.

Lauren Hoover has a practice that consists of a wide variety of litigation. In addition to civil litigation, Lauren handles all type of domestic relations litigation. Lauren holds a B.A. in political science from Louisiana State University. After graduating from the William H. Bowen School of Law and being admitted to the bar in 2006, Lauren served as the law clerk in Pulaski County Circuit Court and served as a Deputy Prosecuting Attorney for the Sixth Judicial District. She is a member of the Arkansas Bar Association and Pulaski County Bar Association. She currently serves as Secretary on the Board of Directors for the Pulaski County Bar Foundation, is a member of the Judge William R. Overton Inn of Court, and is a graduate of the 2012 Arkansas Bar Association Leadership Academy.

Marjorie E. Rogers attended the University of Arkansas at Little Rock for her undergraduate studies and Thomas M. Cooley Law School for her legal studies. Marjorie has been practicing law in Arkansas since 2009, and her primary areas of practice are general civil litigation, family law, criminal defense, contracts and debt collection. She has trial experience in both state and federal courts, as well as appellate experience with the Arkansas Court of Appeals, Arkansas Supreme Court and the Court of Appeals for the Eighth Circuit. Marjorie has represented clients in administrative matters and has experience in mediation. Super Lawyers named Marjorie a “Rising Star.” Little Rock Soirée magazine recognized Marjorie as one of Little Rock’s Top 100 Lawyers.