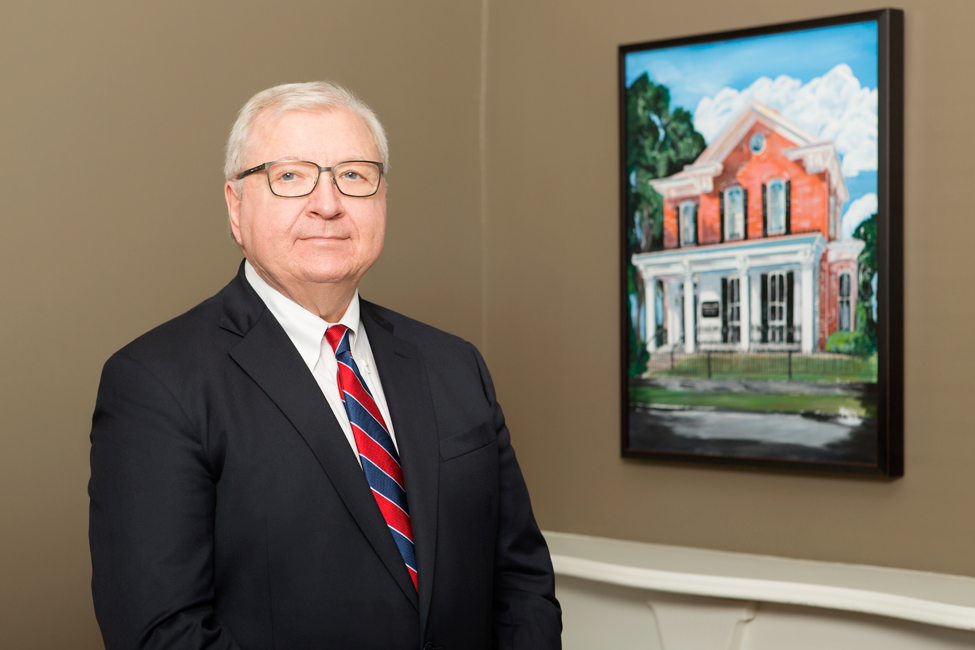 Hopkins completed his undergraduate degree at Arkansas State University in less than two years and received the Robert E. Lee Wilson Award, A-State’s highest student award. He was also named the Outstanding Real Estate and Insurance Major. Hopkins received his law degree from the University of Arkansas at Fayetteville, where he was chief justice of the Student Court and president of the Phi Alpha Delta Legal fraternity.

Also recognized in Soirée’s 2014 and 2015 lists of the Top Lawyers in Little Rock, Hopkins has received a number of other awards and recognitions, including Arkansas’ Best Business Lawyer (Arkansas Times, 2000). Other recognitions include Best Lawyers - Arkansas Business, Top Attorneys in the Mid-South - Memphis Magazine, Super Lawyers of the Mid-South - Thompson-Rueters & Memphis Magazine, and The Bar Register of Preeminent Lawyers - Martindale-Hubbell.

His proudest accomplishment is his family. He is married to Angie Newsom Hopkins, a forensic accountant. Their daughter Alison is a CPA in Dallas, and their son Gregory is a senior finance major at the SMU Cox School of Business.

Hopkins is also proud to announce that effective Jan. 1, 2017, the firm name will change to Hopkins Headlee Caststeel as the result of the promotions of Stewart Headlee and Ryan Caststeel.