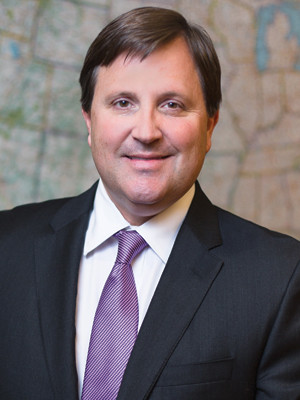 There are few places where a person of humble origin and simple means can sit as an equal next to some of the most powerful, wealthy and influential individuals and corporations in the world. This ancient notion of fairness and equality is what has fostered Brian Reddick’s love of the courtroom. Reddick never imagined that his first trial as a Deputy Prosecutor in Pulaski County, 20 years ago, would lead to law licenses and litigation in 11 states.

“Having known Brian for over 25 years, I can tell you that he views the practice of law as a calling to serve the interests of those who have been treated unfairly or have had their lives altered or destroyed by abuse or neglect,” said Brent Moss, co-founder of Reddick Moss PLLC.

After working for a large, national law firm for 11 years serving as its national director of litigation, Reddick and his former college roommate opened their own practice in 2009. While Reddick Moss has grown into a national law firm with offices in four states, serving hundreds of clients, Reddick has steadfastly refused to compromise on the firm’s commitment to both co-founders’ personal attention to each client.

This attention to detail, along with a highly talented and motivated team of staff and attorneys, has resulted in national success and recognition. The law firm’s record-setting verdicts and achievements have earned both Reddick and Moss the legal profession’s highest coveted “AV rating”—the highest possible rating an attorney can achieve in both legal ability and ethical standards.

Of all of his accomplishments however, Reddick is most proud of his family. “It is very important to me that my family is proud of what I do for our clients,” he says.