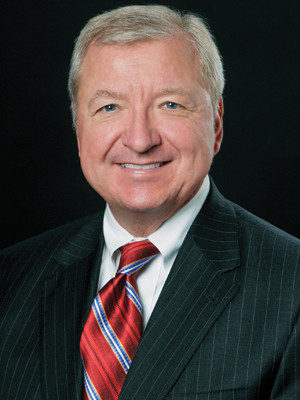 “Creative solutions and sound advice for your business and personal challenges;” that is the motto and core philosophy of Hopkins Law Firm, a professional association founded by Gregory M. Hopkins in 1984. Hopkins and his firm practice primarily in the areas of business, commercial and financial law. The practice includes commercial litigation, transactions, banking and financial institutions, corporations and entities and general advice.

Hopkins believes that his firm takes an unconventional approach to client legal challenges, which focuses on early identification of a client’s true objectives – both short-term and long-term – some of which may not be readily identifiable, even to the client. He says, “Our attitude toward the law practice can be summarized as follows: The law practice is not about winning or losing; it is about finding the best solutions and achieving the best results for our clients.”

Hopkins completed his undergraduate degree at Arkansas State University in less than two years and received the Robert E. Lee Wilson Award, A-State’s highest student award. He also was named the Outstanding Real Estate and Insurance Major. Hopkins received his law degree from the University of Arkansas at Fayetteville, where he was chief justice of the Student Court and president of the Phi Alpha Delta Legal fraternity.

Hopkins has received a number of awards and recognitions, including being named Best Business Lawyer in Arkansas by the Arkansas Times in 2000. Other recognitions include: The Best Lawyers by Arkansas Business, Top Attorneys in the Mid-South by Memphis Magazine, Super Lawyers of the Mid-South by Thompson Rueters & Memphis Magazine, and The Bar Register of Pre-Eminent Lawyers by Martindale-Hubbell.

His proudest accomplishment is his family. He is married to Angie Newsom Hopkins, a forensic accountant. Their two children, Alison and Gregory, attend the Cox School of Business at Southern Methodist University in Dallas, Texas.