Categories: Print, Cover Story
If there’s one thing Natalie and Win Rockefeller Jr. hope for the future, it’s to find a cure for cancer. Having lost his father, the venerable Lt. Gov. Winthrop P. Rockefeller, in 2006 to myeloproliferative disease (a blood disorder that can lead to leukemia if left untreated), it’s become one of Win’s top priorities.

If there’s one thing Natalie and Win Rockefeller Jr. hope for the future, it’s to find a cure for cancer. Having lost his father, the venerable Lt. Gov. Winthrop P. Rockefeller, in 2006 to myeloproliferative disease (a blood disorder that can lead to leukemia if left untreated), it’s become one of Win’s top priorities.

And the young Rockefellers will do just about anything to destroy the disease and help improve cancer research and education, even if it means trading their buttoned-up, smoothly coifed images for full KISS makeup and hair teased sky-high.

Why KISS? The couple is chairing RockStar Lounge on May 31, a casual, rock-themed outdoor event put on by the UAMS Winthrop P. Rockefeller Cancer Institute’s Envoys, a group of advocates who help advance the outreach efforts of WPRCI by promoting its physicians, scientists, programs and vision within our community and beyond. KISS was Win’s favorite band when he was a kid, so he and Natalie secured Dallas-based KISS tribute band Rock and Roll Over almost a year ago.

In addition to this year’s exhilarating entertainment, RockStar Lounge attendees will nosh on “fair” food (think hot dogs and funnel cakes) and sip domestic beer and wine from Glazer’s in the River Market’s East Pavilion. Concert T-shirts will be for sale, also. Tickets are only $50 per person.

Hardcore KISS fans will be ecstatic, as the evening will hold a live auction for a KISS gold record from the KISS single “Rock and Roll All Nite.” “Win and I purchased it at an auction — it’s numbered (1336 of 2500) and priceless,” says Natalie. There will also be a drawing for a matted and framed KISS Destroyer album, the first KISS album to go platinum.

Begun in 2008 to raise awareness about The Envoys and the WPRCI, RockStar Lounge has evolved into a fundraising event that awards Seeds of Science research grants to UAMS doctors and residents. Three Seeds of Science grants have been awarded so far, to Chris Cifarelli, M.D., Aime Franco, Ph. D., and Y. Lucy Liu, M.D., Ph. D.

“The Seeds of Science research grants that have been awarded have all gone to physicians and scientists who are in the early, formative stages of their careers, when even success with a small grant can make a huge impact in terms of generating preliminary data for future success, as well as confidence building in a very competitive arena for garnering research funding,” says Dr. Peter Emanuel, executive director of the Winthrop P. Rockefeller Cancer Institute at UAMS.

Before opening his asset management company Theseus Hollings, LLC, in 2006, Win was a teacher at The Academy at Riverdale for seven years. He is a longstanding WPRCI board member, and he helped found The Envoys in 2008. He’s served as the group’s president and has been involved with the RockStar Lounge committee since the event’s inception. Last year, he and Natalie co-chaired RockStar Lounge with Tiffany and Daniel Robinson (who are responsible for securing sponsorships this year).

“Because of the Cancer Institute’s mission and because the Cancer Institute bears his father’s name, Win feels and conveys a deep sense of loyalty towards us, which I very much appreciate and admire,” says Dr. Emanuel. “Natalie shares this sense of dedication, and we have grown very close as friends to both of them.”

A native of New Madrid, Mo., Natalie graduated from Arkansas State University in Jonesboro with a degree in communications with an emphasis in public relations. She moved to Little Rock in 2003 to work on Rep. Vic Snyder’s campaign and later accepted a position as a constituent analyst for the Arkansas House of Representatives.

She first met Win at Bowman Fitness in 2005 through their trainer. During a recent lunch date, she gushed about how handsome she thought Win was when they first met, even though she had no idea he was the Lt. Governor’s son.

The two developed a friendship and dated briefly. They were slated to have their first date on New Year’s Eve in 2005, but Win was with his family in Seattle and couldn’t make the date. In 2008, Natalie went back to school, and then began teaching seventh-grade English. Eventually she moved back to her Missouri hometown to work for Crop Production Services’ Credit Department. Natalie says she and Win would occasionally say hello via text or a quick phone conversation, but nothing more. It wasn’t until December 2010 that things started getting serious.

“We decided to spend New Year’s [Eve] together that year,” she says. “We flew to Charleston, S.C., and stayed on Kiawah Island for the New Year’s weekend. My brother is a chef there, and I hadn’t seen him in several months, so I got the opportunity to see him, and Win got the opportunity to meet my very protective younger brother. They hit it off immediately! That was the best New Year’s of my life, until, one year later Win and I got married on Kiawah Island on New Year’s Eve.”

They wed under live oak trees hung with fresh gardenia blossoms. A handful of Arkansans were present, including Dr. Peter and Carla Emanuel; Susan and Herren Hickingbotham; Cindy and Chip Murphy; and Tiffany and Daniel Robinson.

The couple is expecting twins in August, so Natalie laughs and says she might attend RockStar Lounge in the saddle of a Rascal Electric Scooter. We can’t say we’d blame her.

Jokes aside, Natalie knows that as chairs of RockStar Lounge, she and Win are shouldering a hefty responsibility. “This event is important for many reasons,” she says, “the biggest being raising awareness about the Cancer Institute and The Envoys. It is hard to believe there are people in this state who don’t realize that we have one of the top cancer research institutes in the world right here in Arkansas.”

The WPRCI provides state-of-the-art care to patients from every Arkansas county, all 50 states and more than 50 countries. The institute has 14 clinics that provide specialized cancer treatment, two infusion clinics that provide chemotherapy and other infusion treatments, the UAMS Radiation Oncology Center – opened in 2012 – that provides radiation therapy for adults and children, and the institute is home to Arkansas’ only fellowship-trained orthopedic oncologists. UAMS’ mobile mammography unit, the MammoVan, regularly travels to 26 Arkansas counties that lack FDA-approved certified mammography facilities, offering widespread access to digital screening mammograms and breast care education. Perhaps most notable of all, Natalie says the institute has developed a breast cancer vaccine that will prevent recurrence in those who have already been diagnosed with breast cancer.

“The Winthrop P. Rockefeller Cancer Institute is making great advancements in how cancer is diagnosed, treated and managed through their extensive clinical trials and research endeavors. More than 200 clinical trials are offered at the Cancer Institute, giving patients access to treatments not yet available at other cancer centers,” Natalie says. “Cancer is a disease that affects everyone. The WPRCI is providing our patients a better quality of life and making strides to find a cure.”

Editor’s Note: No historic artifacts were compromised or harmed during this photo shoot. 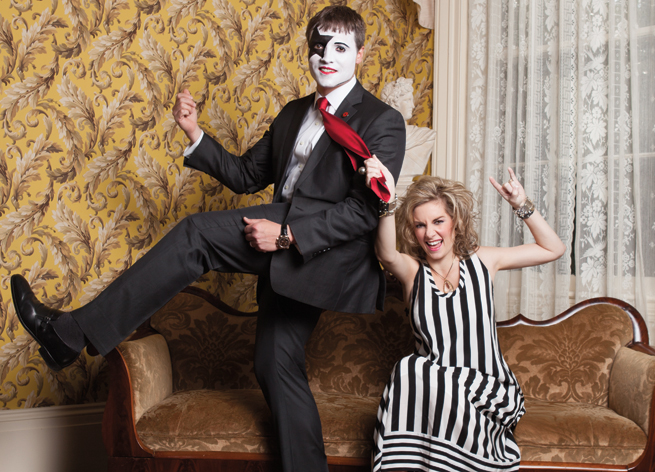 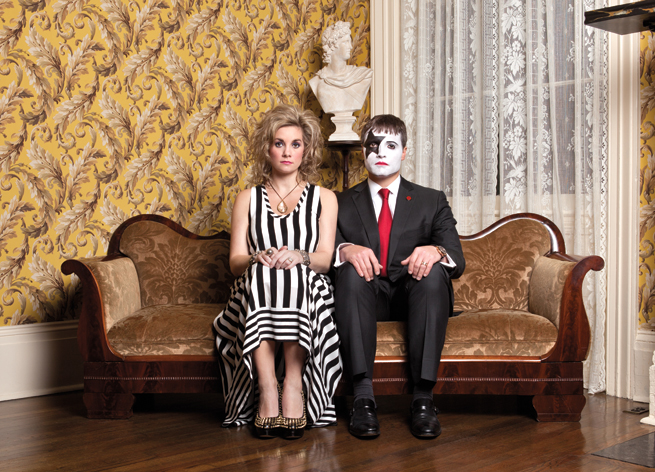 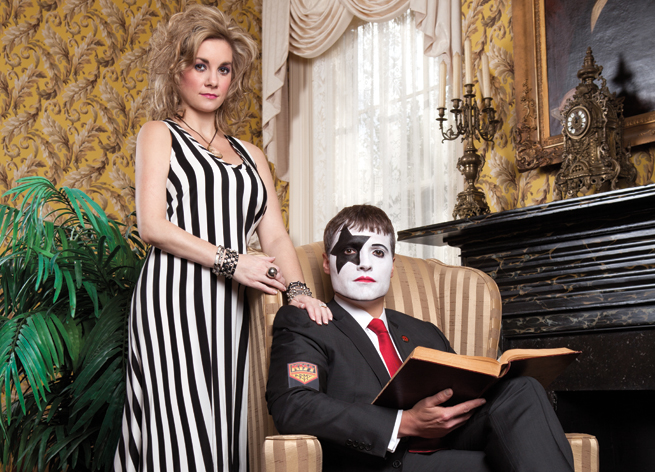 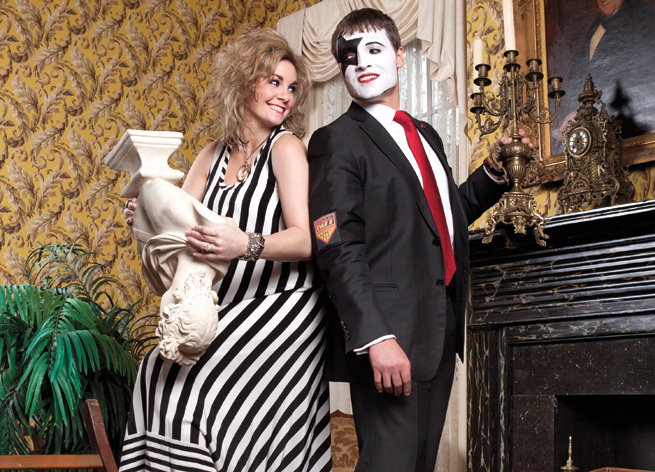