Brian Lang always knew he wanted to work in a museum. At the age of 7 he visited George Washington’s Mount Vernon — part of a series of “learning vacations” led by his father, a high school history teacher.

“I distinctly remember looking over the Potomac and thinking how cool it would be to work there,” he says.

He followed his dream, leaving his hometown of Cleveland, Ohio, to study at Beloit College in Wisconsin, a decision influenced by the school’s minor in museum studies. After graduating with degrees in Spanish and anthropology, his passion for art took him to the University of Denver where he completed a master’s in art history.

He’s since taken a meandering journey across the country, holding such titles as curator at the historic Dumbarton House Museum in Washington, D.C., and manager of operations at the Vance Kirkland Museum and Foundation in Denver. His most recent position as curator of decorative arts at the Columbia Museum of Art in Columbia, S.C. put him on the path to Arkansas.

Arts Center Executive Director Todd Herman served as the Columbia Museum of Art’s curator of decorative arts until he joined the Arts Center in 2011. When two curator positions opened thanks to a grant from the Henry Luce Foundation, Todd encouraged him to apply. “He recruited me away,” Brian says.

In September, Brian joined the Arkansas Arts Center as its chief curator and curator of contemporary craft, a role that includes overseeing the collection, fundraising, acquiring works of art and organizing exhibitions. So far, he says the adjustment for him and his family has been pretty smooth.

“Little Rock is a lot like Columbia. It’s of similar size, it’s a capital city and it has a vibrant arts scene,” he says. “The people here are also very welcoming, warm and friendly.”

The biggest challenges — besides keeping his personal collection of ceramics safely out of reach of a 7-year-old and a pair of 4-year-old twins — is getting a grasp on the center’s 22,000-work collection and deciding in what direction to take it.

Ann Wagner was hired alongside Lang. Wagner worked for 10 years in Washington, D.C. at the National Portrait Gallery and the Smithsonian Museum of American Art before becoming the curator of drawings at the Arts Center. She, too, is coming to grips with the collection, as well as the excitement of seemingly endless ideas for exhibits.

“There’s a tremendous range. So many different artists and techniques and big things and little things,” she says. “My brain is racing as I’m looking through the vaults and figuring out the possibilities.”

This time of year, Art Center staff is focused on the Delta Exhibition, the annual art competition open to submissions from Arkansas and surrounding states. Now celebrating its 55th anniversary, the exhibition has a rich history of showcasing and supporting art and artists in its own backyard.

“To have an exhibition that’s run for 55 consecutive years is exceptional and almost rare these days,” Brian says. “It’s a testament to the support that artists of surrounding states have given to the exhibition, but equally important is the quality of work submitted. It illustrates the state of the arts community in the Delta-South today.”

Of course, the Delta Exhibition is just one aspect of the Arts Center’s longstanding commitment to community enrichment and support. Through its exhibitions, public programs, museum school classes and children’s theater productions, the Arts Center welcomes an estimated 250,000 visitors every year. An additional 350,000 in 49 Arkansas counties experience the power of art through its Artmobile, Children’s Theater on Tour program and traveling exhibitions.

The Delta Exhibition, which closed for submissions in late October, received a total of 764 entries from 341 artists in Arkansas and contiguous states. Honors include the Grand Award of $2,500 and two Delta Awards of $750 each. Monica Bowman, owner of Detroit-based contemporary art gallery The Butcher’s Daughter, will be the juror for this year’s entries. Bowman has curated more than 20 exhibitions, including the PULSE Contemporary Art Fair in New York and Los Angeles.

“I expect the biggest challenge of jurying a show is creating a cohesive exhibition that will achieve a balance between the diversity of artists and their work,” she says. “I don’t think art is about winning. It’s about risk, accepting failure, and creating things the audience haven’t seen or considered.”

Selected works will be put on display in the center’s Winthrop Rockefeller Gallery. A members-only opening will be held Jan. 17 at 5 p.m., followed by a lecture from the juror at 6. The exhibit opens to the public on Jan. 18 and will run until March 10.

For the Arts Centers’ newest curatorial staff, this year’s Delta Exhibition is their chance to be a part of a long tradition of bridging artists, art and community.

“The different things we have meant to people and continue to mean to people’s lives is one of the best things about the Arts Center,” Wagner says. “So many people have very long, meaningful histories with the center. It’s really an honor to be associated with it.”

“It’s been very rewarding to meet so many people in the Little Rock community, and really around the state, who have such a favorable opinion of the Arts Center,” Brian says. “The level of support by the community is really exceptional.”

Favorite style of art: Art nouveau. “I think the work of Hector Guimard (he designed the Paris Métro entrances) is absolutely brilliant.”

Are you an artist yourself? “Not in the traditional sense. I do like to garden and landscape, so plants are my palette and my yard my canvas.”

Word of advice on personal art collecting? “Buy what you like.” 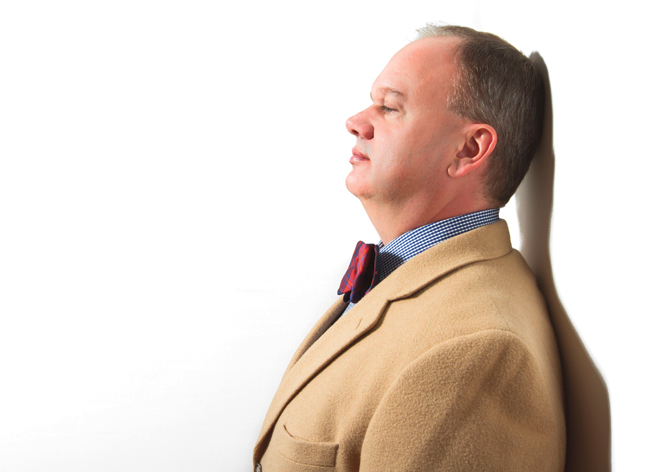 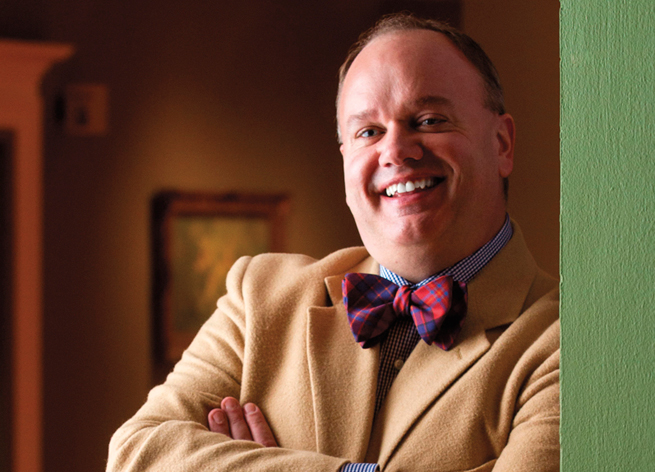 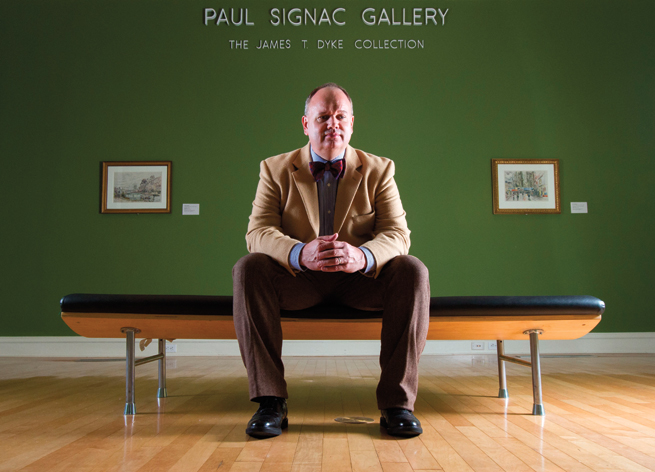 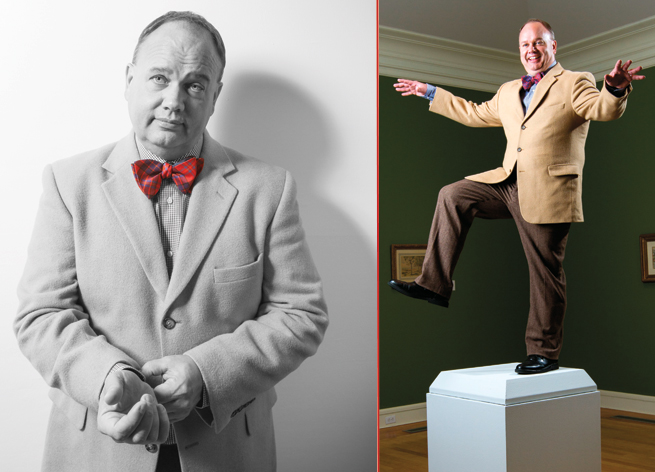 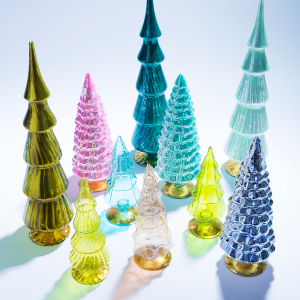 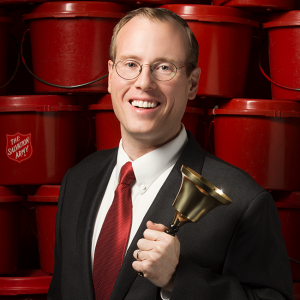 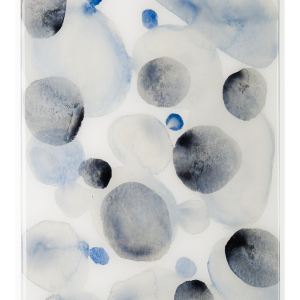 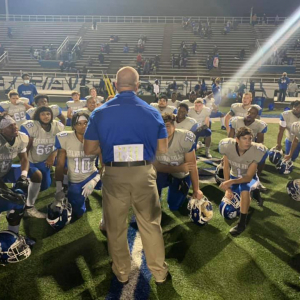 Soirée Kids: Stepping Up for Student At... 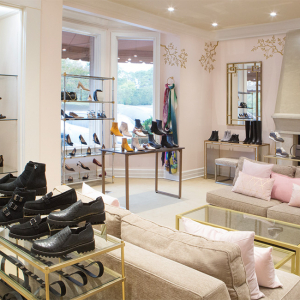