The Natalie Canerday Story (According to Natalie)

The Natalie Canerday Story (According to Natalie)

Categories: Print
Natalie Canerday is a native Arkansan, a fabulous person and a sensational actress. She is best known for her role as Linda Wheatley in Billy Bob Thornton’s movie “Sling Blade” and has also been a part of over 30 films and dozens of plays throughout her career. We could list more about Natalie and her life, but who better to tell her own story than the vibrant, honest and flavorful Natalie herself?

Natalie Canerday is a native Arkansan, a fabulous person and a sensational actress. She is best known for her role as Linda Wheatley in Billy Bob Thornton’s movie “Sling Blade” and has also been a part of over 30 films and dozens of plays throughout her career. We could list more about Natalie and her life, but who better to tell her own story than the vibrant, honest and flavorful Natalie herself?

My life as a professional actress in Little Rock, Arkansas, is financially difficult at times but so very rewarding in other ways. I am a big fish in a little pond here, surrounded by family, friends, fans and sweet tea. In a year I usually perform in four to six shows at Murry’s Dinner Playhouse and do three to five features or short films. I don’t really seek out film projects, but if I hear of something interesting, I’ll ask my agents to pursue it. On the horizon I have plays coming up at Murry’s (“Not Now Darling” during the Christmas season) and a couple of short film projects with Little Rock’s award-winning Amalgamated Motion Pictures.

All my life I knew I would be a performer, not necessarily an actor. I was born a ham and subjected everybody within earshot to watch me do something. I took tap and ballet lessons from Glen and Rochelle Irby for 13 years and loved performing in the annual dance recital.

I always wanted to be on stage or on the radio or in the newspaper or on TV. My biggest dream as a child was to perform my tap dance routines on “The Tommy Trent Show,” a local talent show in the ‘60s that came on right after the cartoons on Saturday mornings. I used to beg my mother to take me down to Little Rock to be on that show or on “The Bozo Show,” it didn’t matter—I just wanted to be on TV! My ultimate goal, then and now, is to have a weekly variety show like “The Carol Burnett Show.” You are only as good as the people performing with you. We’ve had the Rat Pack and the Brat Pack. I think it’s high time for the Nat Pack!

When I was at Russellville High School I was in a few plays, but it wasn’t until I got to Hendrix College in Conway that I began to think of acting as a career. I hope I have talent for performing; it’s awfully fun. Others have said I am a “natural” with a “vulnerability” few actors have. I don’t know about that. I just try to be real and entertaining and give each performance 110 percent.

So far I have appeared in 20 feature films and 12 short films. My two favorites I worked on were “October Sky” because of the wonderful people involved in front of and behind the camera. It was by far the best film experience I’ve ever had. I also loved working on an independent feature in North Carolina, “The Rough South of Larry Brown.” It was based on stories from the late Larry Brown, a sweet man and critically acclaimed author from Mississippi. The people were great, even though the days were long, and my role in that was the most challenging thing I’ve ever done.

Little Rock has a brilliant and thriving film production base, full of writers, directors, producers, cameramen and actors. Honest to God, our local filmmakers are the best anywhere—and I’ve been places. We are all connected and know each other and each other’s work. We rarely get to work together due to financial and time constraints, but when we do, the finished film product is great. The annual Little Rock Film Festival provides proof of this each year on the big screen. Arkansans should be aware—and proud as hell—that we have this wonderful, professional group of people living and working and creating such awe-inspiring things right here.

For four and a half years I lived in the Los Angeles area. I liked the people, the weather and all the many opportunities out there. I did not like the traffic, the crowds and the high cost of living. I miss being out there occasionally, but I am quite happy to be home again.

When I lived in Los Angeles, I listed with Bauman Hiller, the best agents and nicest people I met out there. I met with six different agencies before signing with them. …the late John Ritter recommended I sign with Bauman Hiller (who had been his first agents) to represent me, and I am so glad I did. As soon as I moved back to Arkansas in 2001, I got back on The Agency’s active client list. I first signed on with Sarah Tackett of The Agency in 1986, and she is still my agent today.

My accent. I am more known for my voice and accent than any of my “abilities.” Many people in many states have told me that they love my voice: men find it sexy, and women find it trustworthy. Writer Phillip Martin recently called my voice “whiskey strained through silk.” Bless his heart! I personally think it sounds like cats in a sack, but I’m happy with it. I got this voice from years of drill team and Salem Light 100s.

My accent, which is more eastern Tennessee and West Virginia than Arkansas, is more adored and more mimicked and more ridiculed than anybody else’s I know. People who work with me will say at least once a day, “Oh, God, now I’m talking like Natalie,” and they use a twangy, hokey, drawn-out Southern drawl. That used to really hurt my feelings. Now I just kind of relegate their comments to nails-on-a-chalkboard status, smile and go on, knowing that my voice and accent keep the movie residuals coming in and the audiences coming to Murry’s.

My life might look like fun to others—traveling, acting, never knowing what might happen—but there is a lot of uncertainty. Worrying over money, having to ask family and friends for help, asking landlords to be patient, again. If acting could only be Monday to Friday from 8 to 5—no, make that noon to 8 for five days a week, I would have it made. It is fun to go shoot on location and even to work at Murry’s; it’s just [performances can be] too few and far between.

The best acting advice I ever got came from two people. The first was Dr. Rosemary Henenberg at Hendrix, who used to always tell us acting students, “Don’t make it happen, let it happen.” It applies to a happy life as well as acting.

The other great advice came from my L.A. agent, the late Wally Hiller. I’d been out visiting L.A. to shop for agents, check out apartments and such and was about to go back to Arkansas for Christmas. I told Wally I’d be moving out there after the first of the year. He told me to enjoy my holiday and to call him if I had any questions. Then he said, “Don’t dye your hair blonde, don’t get your tits done, and, for God’s sake, honey, don’t lose that accent!” It’s been the best advice ever.

Being successful in the film industry is being able to perform as often as possible in whatever medium, be able to pay the bills and be happy. I’ve got the happy part down but need to work on the other two.

My advice to young actors is to work as much as you can here in the South, where the cost of living is cheaper and you have a supportive network of family and friends around to help you. It is cheaper and easier to learn acting here than it is in L.A., New York or Chicago schools. Whenever a young actor tells me he’s moving away to work, it just kills me. Things are so hard and bad out there. I say stay here in Arkansas, where, when things get hard or bad, you can at least eat something fried. 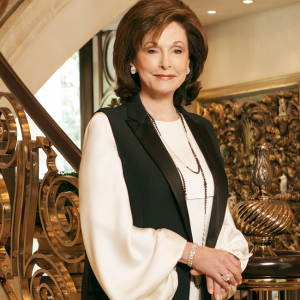 Gene Jones is Getting in the Game... 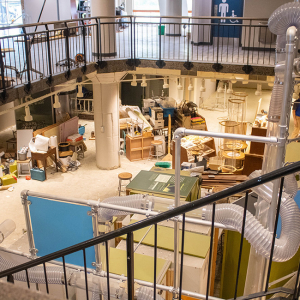 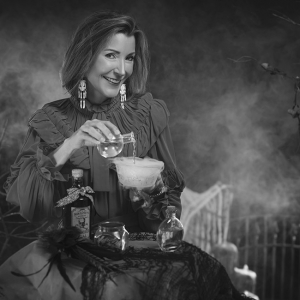 Ghouls On a Mission... 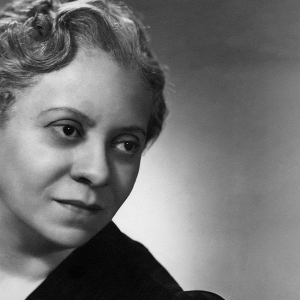 An Overdue Ovation for Florence Price... 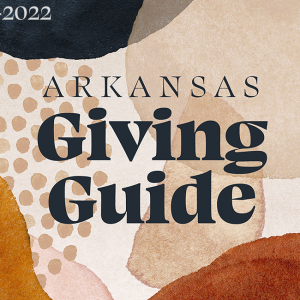