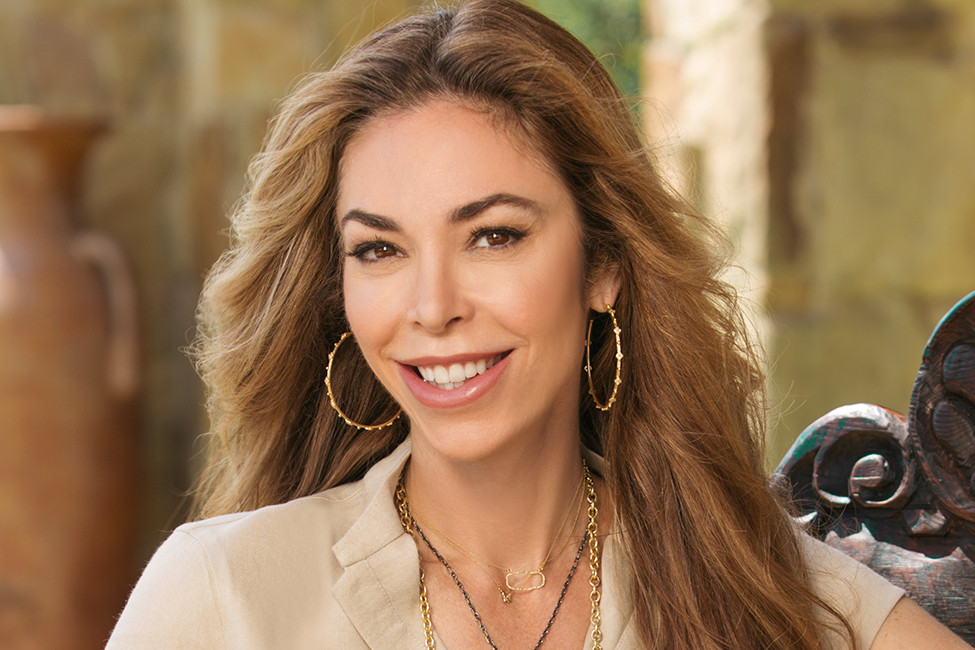 Artist and jewelry designer Emily Armenta has always had a thing about reaching for the heights.

As a toddler born into a creative family, Armenta gave her mother fits when she would climb onto the dining room table to reach for the crystals in the chandelier. At a crossroads in her life, unsure how to become the catalyst for positive change she wanted to be, Armenta went right to the top, reaching out to the patron saint of miracles to send her one.

Maybe St. Anthony lent a hand, but in her professional life Armenta has combined her craftsmanship, nose for business and sense of purpose to create meaningful art while also helping women to lead meaningful lives.

“For me it is about the creative process and the deeper meaning behind art,” Armenta says. “Only through art can we get outside of ourselves and gain a connection and another view of the world. Art takes us on a journey, from here to somewhere else, somewhere out of the ordinary.”

Whether creating thought-provoking jewelry from ethically sourced materials or operating the Armenta Atelier school that helps disadvantaged women, Armenta has found the platform she had been reaching for.

“Having the freedom to express myself through jewelry is one of the greatest gifts in my life,” she says. “Also, I have the great gift to be part of a team that is focused on being a force to facilitate positive change … something that is bigger than any one individual. We can accomplish so much more when we are a collective force with a common goal.”

A Texas native whose company is based in Houston, Armenta has, since 2001, turned out a line of hand-crafted jewelry that incorporates Old World inspirations and craftsmanship with unusual, ethically sourced materials — ancient artifacts and beads — as well as micromosaics, silver and gold in patinas and a range of enamel colors.

The Armenta company employs close to 200 at its Houston studio, putting out around 6,000 pieces a year. The work is available at some of the country’s finest department and jewelry stores, including here in Little Rock, and has been worn by celebrities ranging from Halle Berry to Miley Cyrus to Queen Rania of Jordan. Armenta’s Midnight Collection won Best in Silver at the 2009 Couture Design Awards.

Signature features of Armenta jewelry include the scroll, the shield, the circle and the Crivelli, all of which signify concepts that are historical, aesthetic or forward thinking, like the quest for learning seen in the scroll or the beauty of imperfections seen in the Crivelli.

Armenta wants her customers to think about and act on the social, environmental and economic impact of their jewelry choices. With that in mind, she tries to find supply chain partners whose sustainability practices are in line with her own, uses 100% recycled gold in her creations and works with indigenous people’s territories to conduct artisan mining that reduces the harmful environmental impact of blasting and other methods.

“My commitment is to continue to raise the bar on our practices, improving the lives of others while protecting our planet,” she says.

According to Armenta, each piece of jewelry tells a story through contrasting mixed metals, diamonds and gemstones in different shapes to create the unexpected. Many of the artifacts incorporated have a meaningful historical reference, once used as currency, perhaps, or even armor.

“I’m often inspired by the juxtaposition and stories found in old architecture, art and pottery,” Armenta says. “The beautiful, contrasting features inspire me and you can see this quality of a rugged yet refined vein woven throughout all of our collections.”

As the COVID-19 pandemic raged, Armenta was able to find positive meaning in the experience. The employees were able to continue working and the company pivoted to keep them safe, even producing its own personal protective equipment (PPE).

As the world came to a standstill, the chance to rethink and reevaluate impacted the new collections.

“Staying true to our brand DNA, our rustic diamond rings bring a vintage, Old World romance and our men’s pieces allow everyday layering with a unique point of view and aesthetic,” Armenta says. “I am beyond proud of my team’s hard work and passion through such a difficult year and proud that we have created an inclusive assortment, offering meaningful pieces for everyone to enjoy and wear daily.” 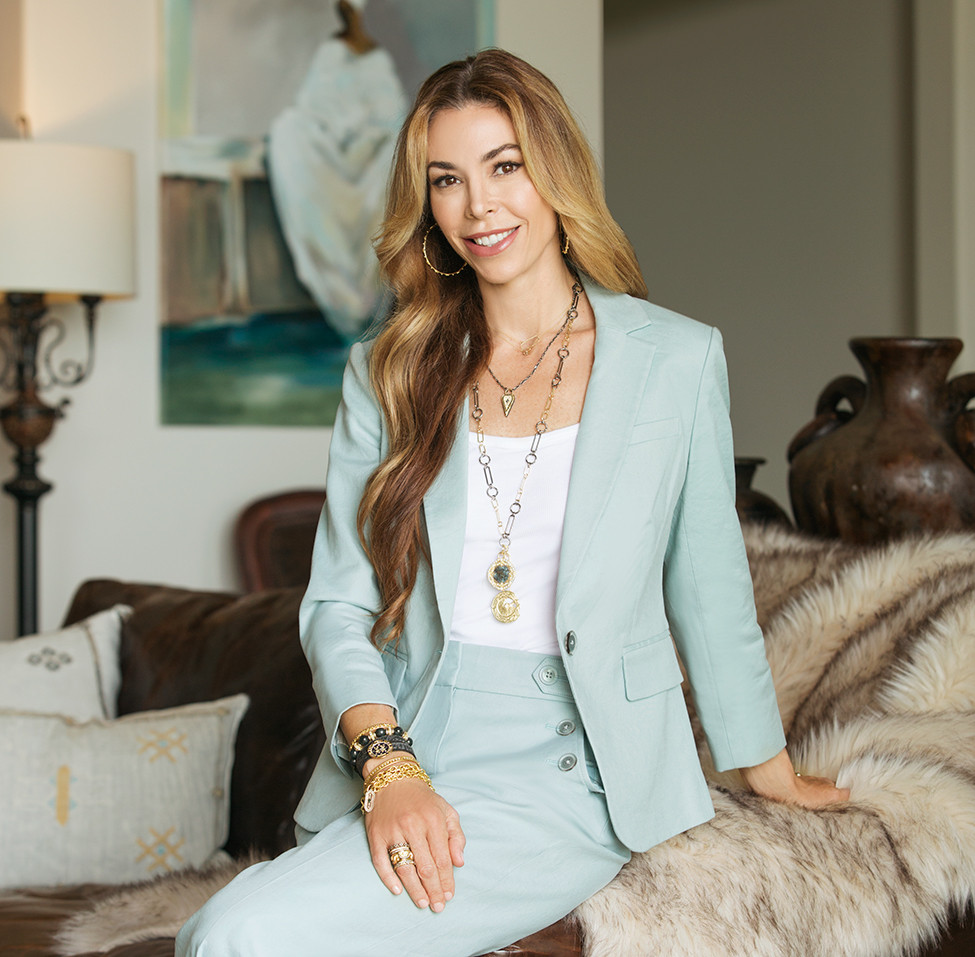 Growing up, Armenta spent much of her time in Austin and Houston. To this day she has a house on a lake in Austin that she shares with her daughter, son and husband of 22 years, Arturo.

Armenta’s childhood household included a father and sister who were writers, a mother who was a painter and a grandmother who made jewelry, which hooked Armenta at a young age and may have led her to the top of the dining room table in her quest for crystals.

“I was a shy child that had an incredible imagination,” Armenta says. “I spent much of my time in a very colorful and creative world making all sorts of things. My parents fostered my passion for jewelry. My mother created an art room for me, and my father, who traveled extensively, would bring back gemstones along with books on gemstones to further my education.”

Armenta graduated from the University of Texas at Dallas and moved to Houston, where she earned her MBA at Rice University. But before entering business school, Armenta suffered a crisis of confidence. Worried about even getting into Rice, wondering how she could become the agent of positive change she wanted to be, she went looking for a miracle from St. Anthony.

“There was a little chapel close to school that had a small room dedicated to the saint of miracles,” Armenta says. “I would go there and plead for a miracle. I yearned for the opportunity to go to school and to have the opportunity to be a conduit for positive change. Whatever ‘positive change’ was … I didn’t know. I just knew that I wanted and needed to do my small part.”

During her first year at Rice, Armenta took an entrepreneurship class and was handed an assignment to write a company business plan. That was when Armenta conceived her namesake company as the startup for her assignment.

She recalls the school was supportive, letting her use her business idea as a case study for her other classes like new product development, cost accounting and lean manufacturing.

“By the time I graduated I had a small production facility, a small team of artisans and a growing number of retailers who wanted to partner with the brand,” Armenta says. “This is when I realized I could turn my passion and creativity into a thriving business.” 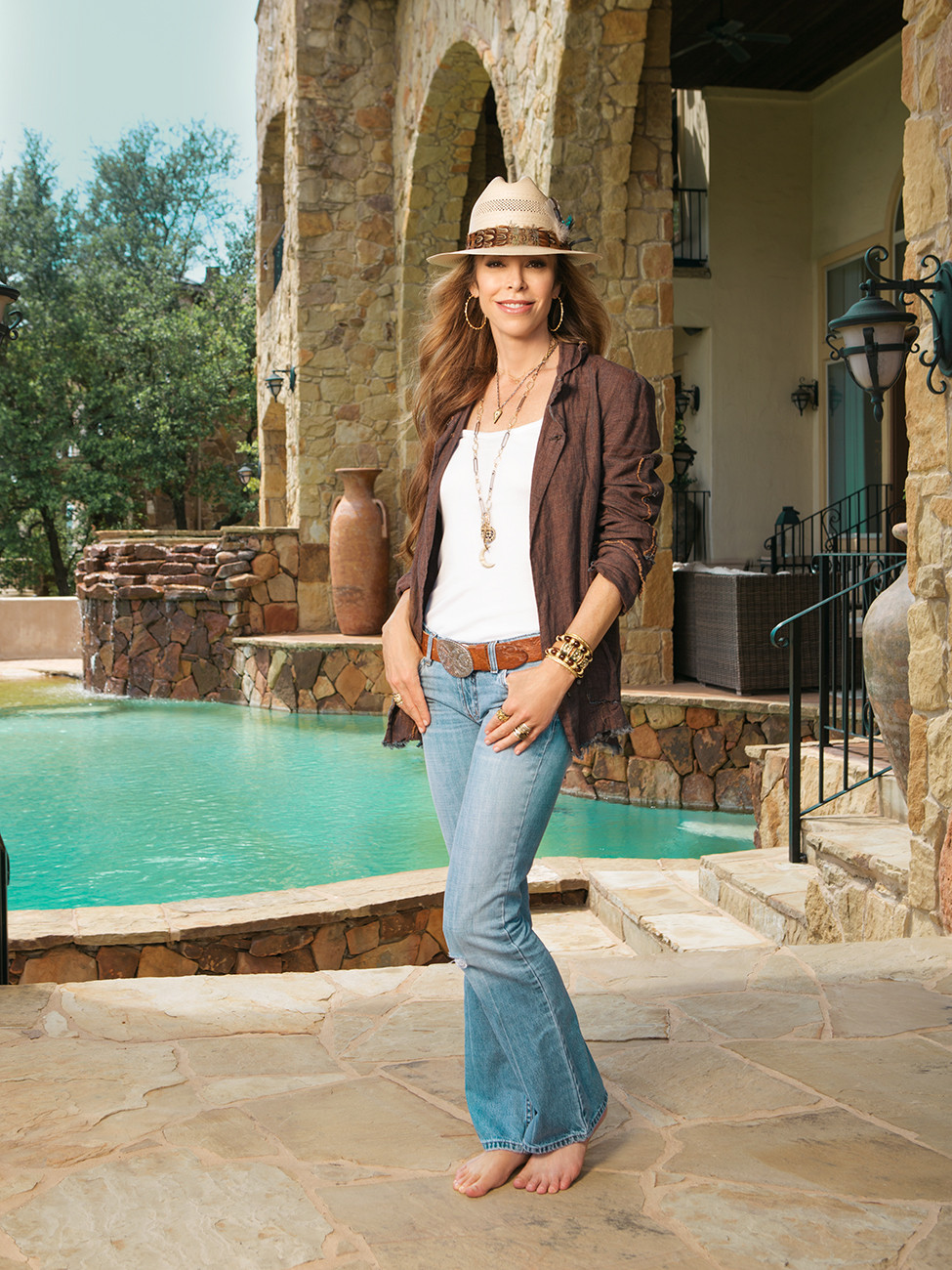 Not long after starting her company in a small office building, Armenta noticed a Spanish-speaking woman named Lida who cleaned the building. Armenta was making all the jewelry at the time and often it would be just the two of them at night, when Armenta would listen to Lida beautifully singing as she dumped the trash and scrubbed the floors.

“I thought to myself, ‘What could she do if someone gave her a chance to do something different?’” Armenta says.

Armenta offered Lida a job, promising to teach her nervous new employee all she needed to know to craft the company’s designs. Along the way they overcame the language barrier, devising their own version of “Spanglish,” and Lida became a major player in the Armenta company story, rising to her current post of president of production.

Armenta didn’t realize it, but her effort to be a force of positive change in one person was about to have a major impact on many.

Not long after the two started working together, Lida spoke to Armenta about the positive impact of her new job. She was proud of her career for the first time, felt respected for her work and happy with the financial freedom to support her family and send her kids to college. And Lida wanted to see if they could make such change happen for other women.

“She asked if we could start a school for women who were experiencing hardships in life and to train them and give them a transferable skill set in making jewelry,” Armenta says. “I realized that creating a school was the opportunity that I had been asking for.”

The school looks for women facing tough circumstances who just need a chance and someone to believe in them, Armenta says. People like Lida.

“If they have integrity, heart and soul, we can teach the rest,” Armenta says.

As the Armenta company has grown, its founder has realized it is more important than ever for Armenta to communicate its story in order to influence others to support an often overlooked segment of the population. In the future, Armenta hopes to find a partner in running the school or to create a foundation so the company can help more prolifically.

In close to 20 years, Armenta says, the Armenta Atelier school hasn’t measured itself in terms of numbers of graduates or enrollments. The important thing is that, while teaching the craft of artistic jewelry making, the school is also an agent of change for so many women.

It’s the kind of miracle you can reach out, touch and even wear home.

“These women come from disadvantaged circumstances, are hired on passion rather than skill set and have blossomed into incredible artisans whom we are proud to work beside every day.” 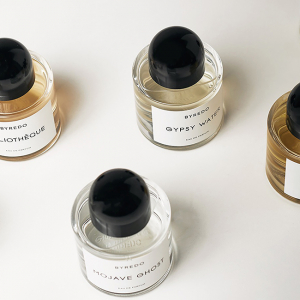 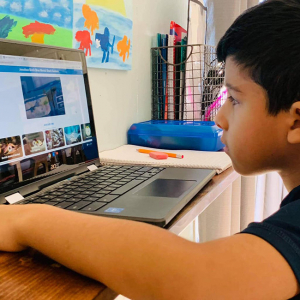 Soirée Kids: What to Know to Have a Suc... 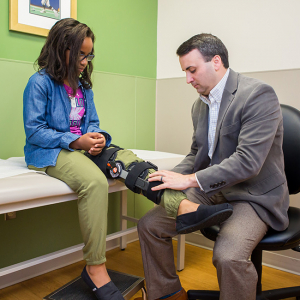 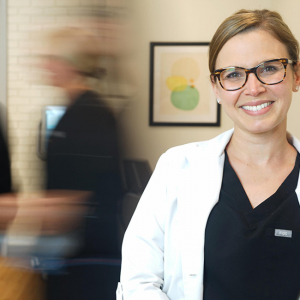 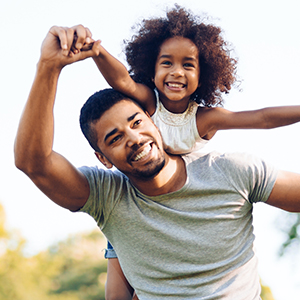