5 Black Female Authors That Should Be on Your Radar

5 Black Female Authors That Should Be on Your Radar

As we close out Black History Month and enter Women's History Month, check out these writers who represent the best of both. 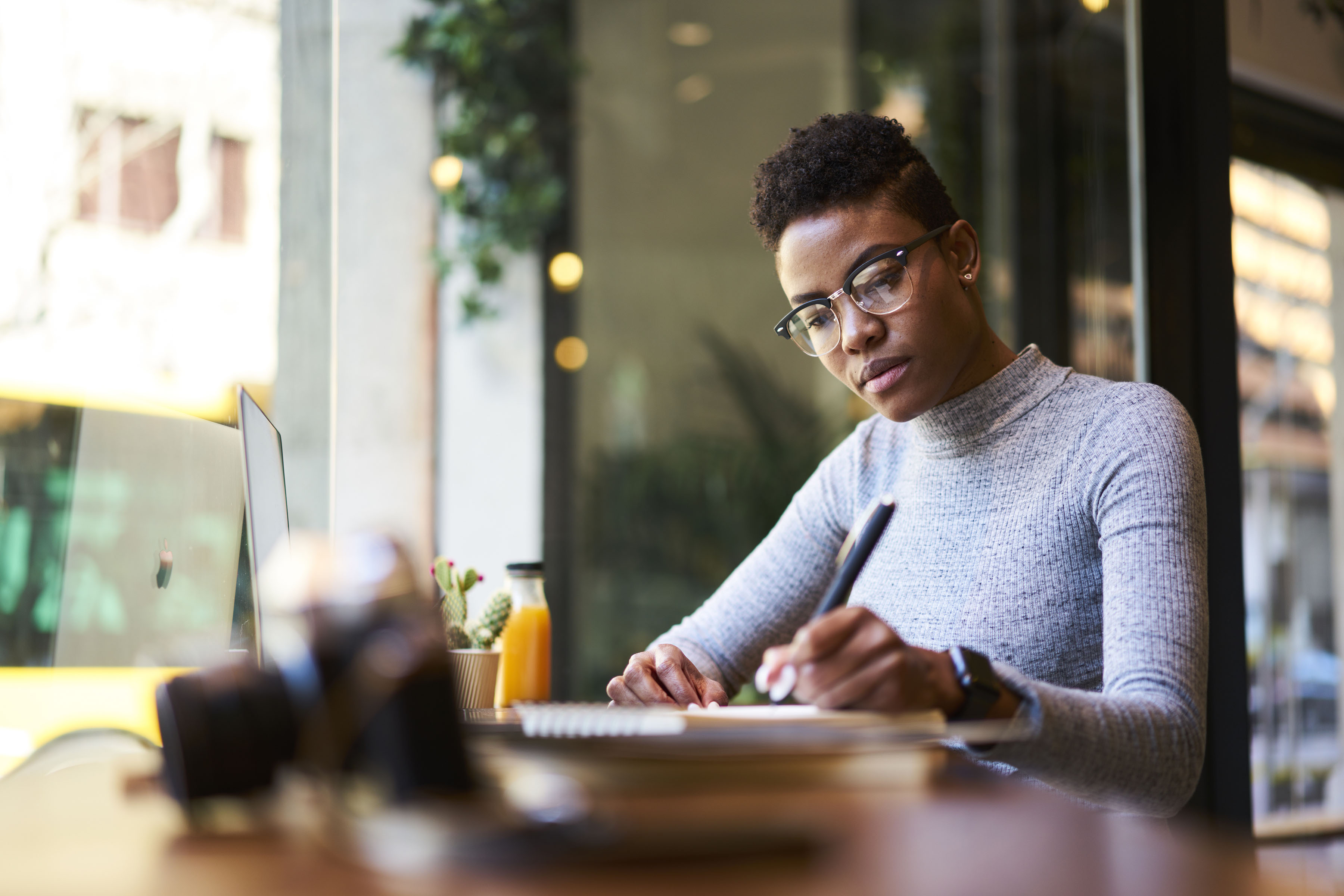 The Central Arkansas Library System compiled a list of works by Black authors at the beginning of February for a #ReadingBlackout. Whether or not you check every book off that list, we've highlighted five Black female writers we think you should pay attention to.

Luvvie Ajayi is an American-Nigerian author, speaker and podcast host who "thrives at the intersection of comedy, technology and justice." She is a New York Times Bestseller and her next book, "Professional Troublemaker: The Fear Fighter Manual, comes out in March.

With over 500,000 readers a month at her blog, AwesomelyLuvvie.com, Luvvie Ajayi is a go-to source for smart takes on pop culture. I'm Judging You is her debut book of humorous essays that dissects our cultural obsessions and calls out bad behavior in our increasingly digital, connected lives--from the importance of the newest Shonda Rhimes television drama to serious discussions of race and media representation to what to do about your fool cousin sharing casket pictures from Grandma's wake on Facebook. With a lighthearted, razor sharp wit and a unique perspective, I'm Judging You is the handbook the world needs, doling out the hard truths and a road map for bringing some "act right" into our lives, social media, and popular culture. It is the Do-Better Manual.

Kianna Alexander describes herself as a mother, sister, friend and avid reader. She first discovered romance novels with Beverly Jenkin's "Night Song" and she writes to serve as a respite for people seeking solace from times of sorrow.

Xavier Whitted, CPA and city council candidate, is excited to get away to the Crystal Coast for his best friend's wedding. He is shocked when he runs into his high school sweetheart there, the only woman he ever truly loved. Dr. Imani Grant is just about ready to open her own dermatology practice when old feelings for Xavier resurface. Imani isn't willingto let him back into her life, until Xavier starts a new campaign: win Imani back--no matter what it takes.

Helen Oyeyemi is a British novelist and writer of short stories. She wrote her first novel "The Icarus Girl" while she was still finishing school.

A reimagining of the fairy tale Snow White recast as a story of family secrets, race, beauty, and vanity set in the United States during the 1950s and 1960s.

In the winter of 1953, Boy Novak arrives by chance in a small town in Massachusetts, looking, she believes, for beauty, the opposite of the life she's left behind in New York. She marries a local widower and becomes stepmother to his winsome daughter, Snow Whitman. A wicked stepmother is a creature Boy never imagined she would become, but when the birth of Boy's daughter, Bird, who is dark-skinned, exposes the Whitmans as light-skinned African Americans passing for white, elements of the familiar tale of aesthetic obsession begin to play themselves out. Now Boy, Snow, and Bird must confront the tyranny of the mirror to ask how much power surfaces really hold.

Samantha Irby is an American comedian, author and blogger from Evanston, Illinois. She runs the blog "Bitches Gotta Eat" and is a New York Times Bestseller.

With heartfelt candor and her usual side-splitting bite, humorist, essayist, and blogger at bitchesgottaeat.com Samantha Irby captures powerful emotional truths while chronicling the disaster that has been her life. An ill-fated pilgrimage and romantic vacation to Nashville to scatter her estranged father's ashes, awkward sexual encounters, a Bachelorette application gone awry, and more — sometimes you just have to laugh, even when your life is a dumpster fire.

Attica Locke is an American Fiction writer from Houston, Texas. She is a writer and producer of television and film, having worked on shows like "Empire," "When They See Us" and "Little Fires Everywhere." She has won six awards for her novels including the Harper Lee Prize for Legal Fiction and the Edgar Allen Poe Award.

When it comes to law and order, East Texas plays by its own rules, a fact that Darren Mathews, a black Texas Ranger, knows all too well. Deeply ambivalent about growing up black in the lone star state, he was the first in his family to get as far away from Texas as he could. Until duty called him home. When his allegiance to his roots puts his job in jeopardy, he travels up Highway 59 to the small town of Lark, where two murders, a black lawyer from Chicago and a local white woman, have stirred up a hornet's nest of resentment. Darren must solve the crimes, and save himself in the process, before Lark's long-simmering racial fault lines erupt.

Another author to watch:

Rivers Solomon is an American author who has won the Community of Literary Magazines and Presses' Firecracker Award in Fiction in 2018 and the Lambda Literary Award in 2020. Solomon is non-binary and uses fae/faer and they/them pronouns. They are from California but, as of 2018, resides in the UK.

Aster has little to offer folks in the way of rebuttal when they call her ogre and freak. She's used to the names; she only wishes there was more truth to them. If she were truly a monster, she'd be powerful enough to tear down the walls around her until nothing remains of her world. Aster lives in the lowdeck slums of the HSS Matilda, a space vessel organized much like the antebellum South. For generations, Matilda has ferried the last of humanity to a mythical Promised Land. On its way, the ship's leaders have imposed harsh moral restrictions and deep indignities on dark-skinned sharecroppers like Aster. Embroiled in a grudge with a brutal overseer, Aster learns there may be a way to improve her lot, if she's willing to sow the seeds of civil war. 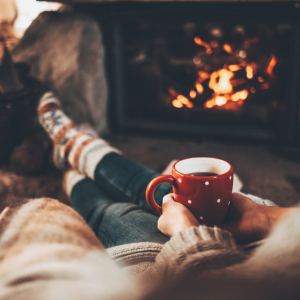 10 Tips for Responding to Stress Over th... 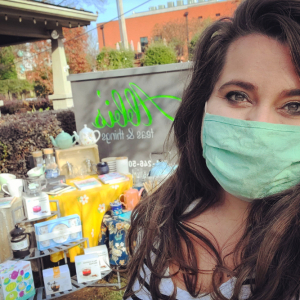 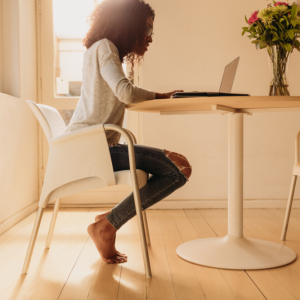 Will Millennials Finally Get the Workpla... 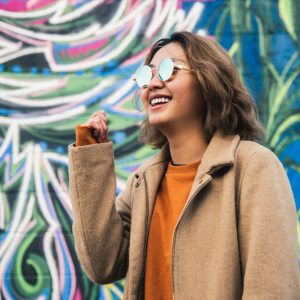 How to Take Time Off (And Actually Enjoy... 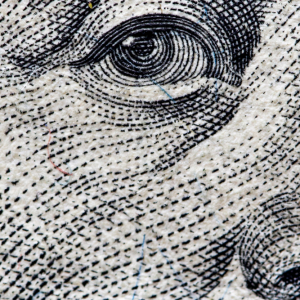 5 Things to Know Before You Open Your Re...
Permalink