Categories: Print
The Brownie Ledbetter Civic Engagement Award winner dishes on her work in the Delta and what she's passing on to the next generation of women. 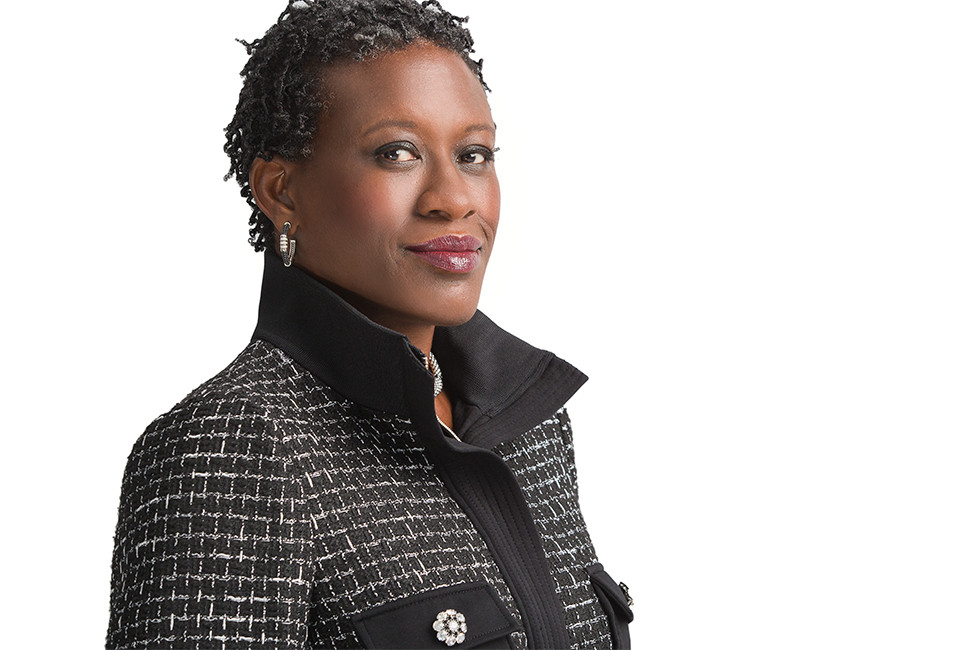 She's the president of Southern Bancorp Community Partners, a financial nonprofit promoting economic mobility in the Delta. She's on the board for the Little Rock branch of the Federal Reserve Bank of St. Louis and the Mary Reynolds Babcock Foundation. She's the chair of the Arkansas Access to Justice Commission. She started a social rights blog when blogs were barely a thing, launched a grassroots movement to pass legislation preserving inherited family wealth and then gave a TED Talk about it.

This fall, Neal slowed down long enough to be recognized by the Women's Foundation of Arkansas with the Brownie Ledbetter Civic Engagement Award at the virtual Power of the Purse event. We caught up with Neal to learn about what drives her, how her interests converge and what she's passing on to the next generation of women.

Since launching “So What Can I Do?” in 2004, what has running a blog on positive social change taught you about yourself?

I've always been an optimistic person, but writing the blog showed me many ways to act on that optimism myself rather than simply wait for others to create a positive outcome. During the five years I was regularly blogging, I learned about so many options for how one can contribute to a more just society. My goal was to have something for everyone so no one had an excuse for complacency. So I wrote about environmental and educational opportunities, ways to create a positive impact when getting married or having a baby, citizen science, civic engagement, health impact, impact investing and more.

I lived in Atlanta then and looked for every opportunity to write about Arkansas and connect with other Arkansas bloggers, so the blog kept me connected to the state as well. I learned a lot about what was going on in Arkansas at the time and that helped lay the foundation for my eventual return home.

Writing so frequently about the variety of ways we can create positive change in our world sharpened my sense of agency — the notion we all can make a meaningful difference — and my sense of urgency about the need for positive change. It was certainly a factor in my desire to work for a mission-driven organization (like Southern!) and to pursue research, policy and other strategies that help create a more equitable and just society.

You often call SWCID "the most important question you can ask" socially. What are other questions you ask yourself to guide you in your work and personal lives?

In interpersonal interactions, I try to consider how the other person or people involved might be feeling and account for their priorities. Though I may not always agree with them, recognizing their perspective helps build meaningful and productive relationships.

Also, I try hard to live life so that I don't have regrets. That doesn't mean I won't make mistakes or wish something had turned out differently, but it does mean that I strive to do my best based on the information, resources and options I have at the time.

And when there is conflict, I try to think of the most benign or unrelated reason for the challenging words or behavior. Maybe the person is having a bad day. Maybe they don't feel well. Maybe they're dealing with a separate difficult situation. Sometimes those reasons are true; often they are not. But either way, focusing on possible unrelated reasons usually helps me treat the person well, maintain a productive relationship and get to a more positive outcome.

Along with your role at Southern Bancorp, your blog and the multiple boards on which you serve, you also have an undergraduate degree in biology, a master's in bioethics and health policy and a doctorate in genetics. How do these different interests and paths inform one another?

The common thread for me is service to humanity. That may not be surprising based on my choosing to work at Southern Bancorp Community Partners, a 501(c)(3) community development loan fund founded to facilitate economic justice, serving on the Arkansas Access to Justice Commission or studying ethical issues in medicine and biological research.

But the same driving forces were there for me when I studied drosophila (fruit fly) genetics starting at UAMS and later at Temple and Emory universities. I've always loved basic rather than applied science and understood how it can often lead in unexpected ways to findings that are profoundly relevant for people. For example, while preparing a talk for students at the Arkansas School for Mathematics, Science and the Arts last year, I was pleased to read that the human version of a fruit fly gene, which I characterized as a doctoral student, has now been implicated in the suppression of certain human cancers. It was a real treat to visit and speak at ASMSA since I taught chemistry there during the first year it was open. 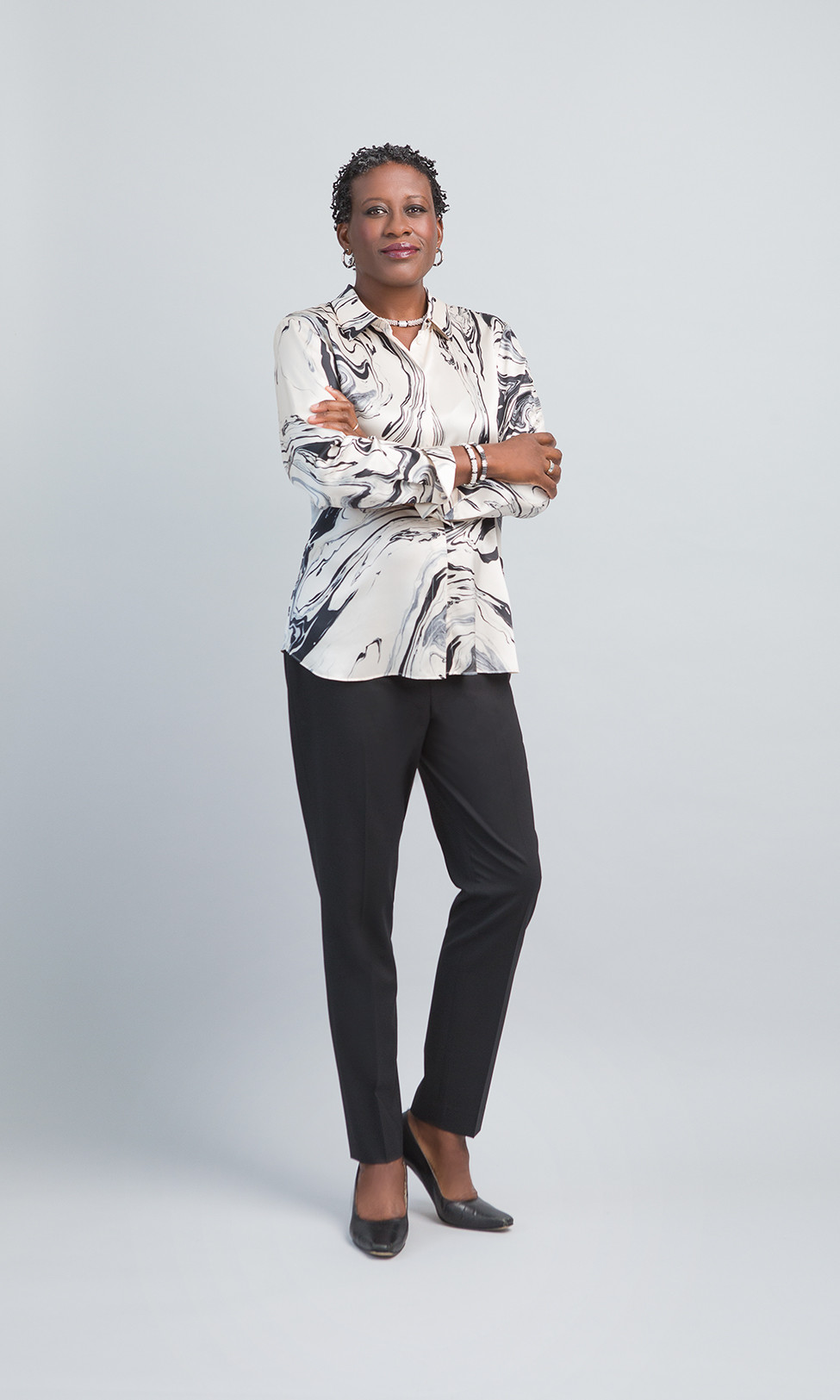 What do you enjoy most about how these worlds converge for you?

I find that many skills are very transferrable. I appreciate that the persuasive writing style I developed as a genetics researcher and honed as a blogger helped me get my first job at Southern as a grant writer. The research and data analysis skills I learned in the lab are also useful for studying savings patterns and policy impact. In general, I think some of the most interesting work happens at the intersection of different fields, so I try to bring whatever relevant skills and experiences I have to each situation.

Sometimes those field intersections result in really esoteric (but fun for me!) things, like when I used the patterns in music and the patterns in math to write seven songs inspired by the mathematical constant pi.

Much of your work focuses on equity in health, education and employment. Why did you choose these three factors as your pillars?

In an equitable society, everyone has the same ability to choose from the same set of options for their lives regardless of their race, gender, ZIP code or other characteristics. And a just society is an inherently fair one.

Given our complex society, equity and justice require work in more than just health, education and employment, but these are three areas where I expect I am best able to contribute whether through donating blood, offering an astronomy workshop or working at Southern to provide access to capital to small businesses and other employers.

Good health and strong education are particularly critical because they are so closely correlated with economic and other opportunities and people's ability to set and reach their own goals.

Another of your many interests is nontraditional access to education. How has that evolved for you in recent months?

This spring, as the coronavirus pandemic had families sheltering in place, I formalized some of the projects I did with my daughter so that others could use them. These educational enrichment tools focus on a variety of topics including taking a nature "walk" from a window, computer coding and observing the International Space Station.

For the last five years, my husband Kwadjo Boaitey (an English teacher) and I have managed four free mini-libraries in Little Rock that offer books that anyone can take to read, keep or share.

In your TED Talk, you say public service "requires one to claim agency." Can you discuss why it's important to do so and what you would say to someone on the fence about jumping in?

We are all capable of so much more than we know. Claiming agency means intentionally identifying and seizing those opportunities. If we don't, we risk not getting the better lives and society all people deserve. It can be easier said than done, though. I've found it helpful to start with one step, even if it's small, and then reach further on each next step.

What’s the most invaluable lesson you’ve learned from women in your life, and what lesson are you most eager to pass on to the next generation of women?

Both my parents showed me with their lives that one doesn’t have to live by others’ (often low or common) expectations. I learned from them that it’s OK to be different. My mother, the late Janet Cobb, and my father, retired Judge Olly Neal, both left Arkansas after school but — unusual for the time and like I would do decades later — they each returned because they loved the state and wanted to contribute to its potential. And while I never saw them work as scientists, I grew up hearing stories of my mother’s time as a biologist and my father’s as a chemist.

My mother and grandmother, Fanilla Cobb, taught me by example the importance of service and education. After moving from rural Hempstead County to Camden for economic opportunity, my grandmother, who stopped school after eighth grade, insisted on moving her family to Little Rock to maximize the opportunity for her two children to go to college.

I saw my mother be a mentor to young people, work on political campaigns, serve on boards and never be afraid to stand up for people others often dismissed. I use them and others as models for my daughter Ayoka Boaitey. She helps me see what is possible, making me accountable for and hopeful for our shared future. 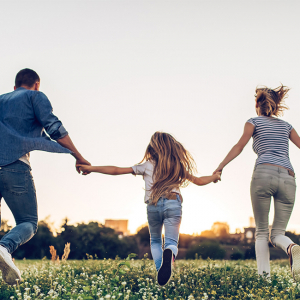 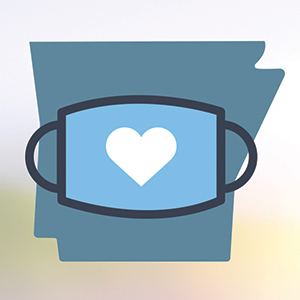 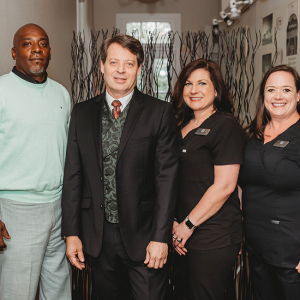 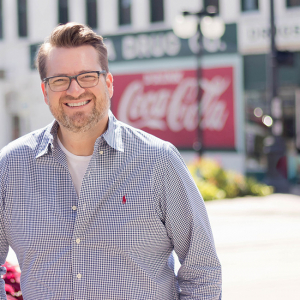 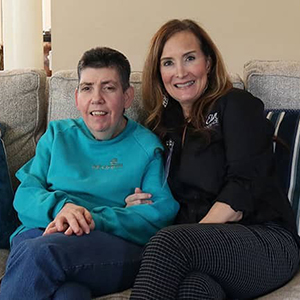