Categories: Culture, About Town
In an exciting plot twist, the Arkansas Cinema Society announced a new addition to its Filmland lineup. 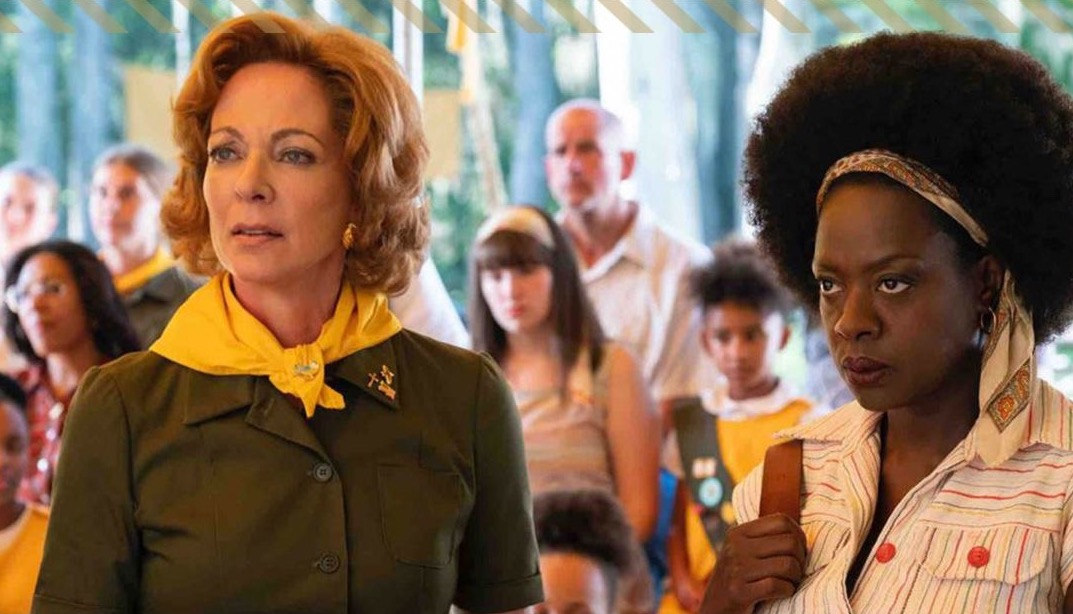 In an exciting plot twist, the Arkansas Cinema Society announced a new addition to its Filmland lineup in the past week. The film festival will host a screening of "Troop Zero" on Aug. 22 at 6 p.m. The yet-to-be-released film was written by "Beasts of the Southern Wild" writer Lucy Alibar and directed by the female directing duo Bert & Bertie.

"Troop Zero" is set in rural 1977 Georgia and centered around a misfit girl who dreams of life in outer space. When a competition offers her a chance to be recorded on NASA's Golden Record, she recruits a makeshift troop of Birdie Scouts, forging friendships that last a lifetime. The star-studded cast includes Oscar-winners Viola Davis and Allison Janney, as well as Jim Gaffigan and McKenna Grace of "I, Tonya."

Before the film screening, Filmland will debut two short films created by young female filmmakers through the Filmmaking Lab for Teen Girls program. The lab, presented by the Arkansas Cinema Society, Women’s Foundation of Arkansas and JM Associates, is for girls in their junior year of high school who want to pursue a career in film. Over the course of the eight-week program, the young women created a short film with help from industry pros before making their Filmland debut.

Tickets to the event are $25 per person and include the film screening, a Q&A with Alibar and an after-party at Buenos Aires Grill from 9:30 p.m. to midnight.

Ahead of the "Troop Zero" screening, we had the chance to chat with Alibar about the inspiration behind the film, what it was like on set and what she's working on next.

What enticed you to bring “Troop Zero” to Filmland in Little Rock?

So many other art forms recognize that talent and promise are best addressed earlier, rather than later. And I’m so excited that there’s something in film that does this and that caters specifically to teenage girls. What a powerful demographic. Talk about who’s leading the future. It’s them. I was so honored to be a part of that, and the thing I’m really excited about is in 20 years to see where all of these young women end up and see what they’re doing for the world.

With “Beasts of the Southern Wild,” I read that the story behind your character Hushpuppy was loosely based on your experience coming to terms with your father’s illness and death. When it comes to Christmas in “Troop Zero,” is that character based on your own experiences as well or perhaps someone you know?

LA: I think this is always a tough question for any writer because it’s just a matter of how far out the work of the world is. Everything feels autobiographical. The most far-out things are still about their own relationships with their parents, their children, their families, their lovers. I wanted to write about the people where I’m from and the richness of this world.

So “Troop Zero” started out as a play — “Christmas and Jubilee Behold the Meteor Shower” — how did you decide that it would be best told via film?

LA: I began in theater and it’s still very much an important part of my identity as an artist. I wanted to actually use real children. What I love about theater is that the actor can become anything. You can have a bare space with some lights and you can go anywhere. You can be completely transported.

Tell me about the inspiration behind “Troop Zero.” Was there a moment where the idea suddenly formed, or was it a story you’d been toying with for a while before getting it down on the page?

LA: It was a few different things. I’d say the main thing was actually learning about the Voyager Golden Record. It was  an incredible idea of making ourselves permanent, leaving a record, knowing one day we’ll all be gone and what is worth remembering. That gives me goosebumps just saying it out loud. And then I started thinking more about and reading more about everything that was gathered for this Golden Record and how much had to be left off just to save time.

I think as a writer we all know that there’s that saying, “Kill your darlings.” And I think especially as a woman, and with the growing education we’re getting about our country, it's about who makes the history books and who doesn’t. Whose story is told and whose story is not told? And with the Golden Record, I kept thinking, who didn’t make that record? What didn’t make that record? And why not? Because that impulse to be permanent, that desire to leave something behind, that’s so deep for all of us.

I really wanted to give that impulse to a little girl who has been told culturally through our society — and especially through the society at that time — that she’s not the one who’s important. She’s not the voice who matters. And of course everybody in this troop, in one way or another, have been given that message. This is the story of them learning that they are permanent and they deserve to be here as much as anyone else.

It was incredible. It was an incredible experience to do. I loved everybody. I mean, this cast is just — I mean, we all know about Viola, obviously. But the kids, as well, were just incredible.

Talk about a star-studded cast! Between Allison Janney and Viola Davis, there’s a lot of talent in this film. When you were writing the screenplay, did you have actors in mind?

LA: I had actual people in my head rather than actors. Then Todd Black, my producer, said that he was going to give it to Viola. I think for me, especially coming from the theater, I was like yeah, right. Like Viola Davis would say yes to me. So I was like, 'Sure, yeah, send it to her!' She actually found so much with it. She was so helpful as a part of the entire development process. She’s very, very good with text — because she comes from the theater as well — with cuts and with doing just enough and leaving the rest. She’s incredible at improv. Very, very funny. I had no idea she was so funny.

What was the filming experience like for “Troop Zero?” I’d imagine pretty different from what it was like on set for “Beasts of the Southern Wild.”

LA: Yes and no. It was Louisiana in the summer and it was really hot, which I was OK with because I’m from here so it’s not a problem for me. Bert and Bertie and Todd Black were so gracious about letting me essentially shadow the directors on set and really work as an executive producer. I think I knew what questions to ask and I think I knew what to look for. I got to actually stand with the director of photography and see how a shot is set up. I was still so used to theater that there were certain things that didn’t occur to me to look for. I feel like I have a better understanding of film now.

Allison Janney and the actress who plays Christmas, McKenna Grace, had the chance to work together previously on “I, Tonya.” Was that already established chemistry important to you between those characters or just a fun happenstance?

LA: That was just an incredible coincidence. I loved “I, Tonya.” I loved every single performance in that movie. I think greatness attracts with those two — Allison and Viola. They had all worked together previously. That was incredible. And wasn’t she amazing in “I, Tonya”? I couldn’t believe what I was watching.

The South seems to be a common backdrop for both of your films. Is it important for you to tell stories centered in the South, being from Florida?

LA: I think it’s the world that I know. It’s certainly the world of childhood. Some of my favorite movies are about childhood. A childhood in the Bronx is going to be similar in some ways to childhood in Texas. The world of childhood is so exciting. But what I love about the South is you’re in nature in this way that feels ancient. There’s this feeling of timelessness — not just of childhood, but of being in the world and finding dinosaur bones and knowing that in the future, in 30 more years, it’ll still look like this. In 60 more years, it’ll still look like this. That is really special and unique.

Being a storyteller who works in several different mediums, how do you decide which one is right for your stories?

LA: I think the more you work, the more practical things come up. For example, with ["Troop Zero"], this is a story that wants the kids to really be kids. It’s not the same to see adult actors on the stage. No matter how brilliant they are, you’re still watching adults play children. There’s something really special about people who really look like this. The story tells you like sometimes the song writes you.

You’ve been busy since the “Beasts of the Southern Wild” release. I read that you’ve developed a film adaptation of “The Secret Garden” with Guillermo del Toro. Anything new in the works that you can share?

LA: Yes! That was an incredible experience. And I’m fortunate enough to be working on “Swan Lake” right now. I’ve been so blessed to be able to tell stories of these big worlds. And that’s what I love about film. You can actually see those big worlds. There’s this wonderful movie called “A Monster Calls” about a boy who has a monster living essentially in his backyard and there’s something so special about that. In any Guillermo del Toro movie, you see the monsters and I love being able to see the monsters. 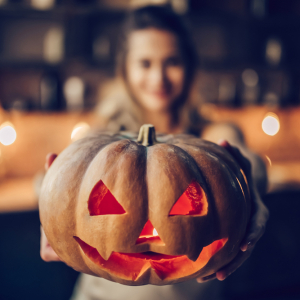 5 Halloween Treats That Use 5 Ingredient... 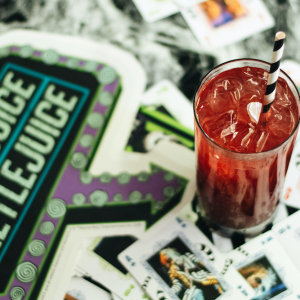 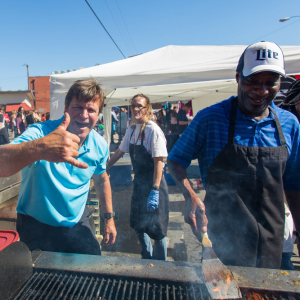 Here's What to Expect at HarvestFest Thi... 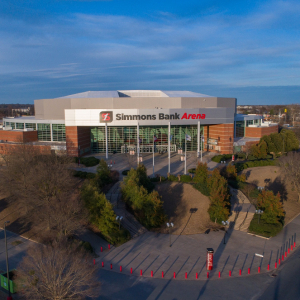 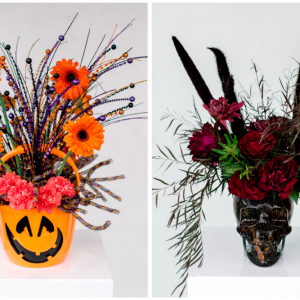 How to DIY a Boo-tiful Centerpiece...
Permalink