Categories: Print
Dr. Gwendolyn Bryant-Smith and team are ready to take the hospital to the next level — recognition as one of the premier cancer-fighting institutions in the nation. 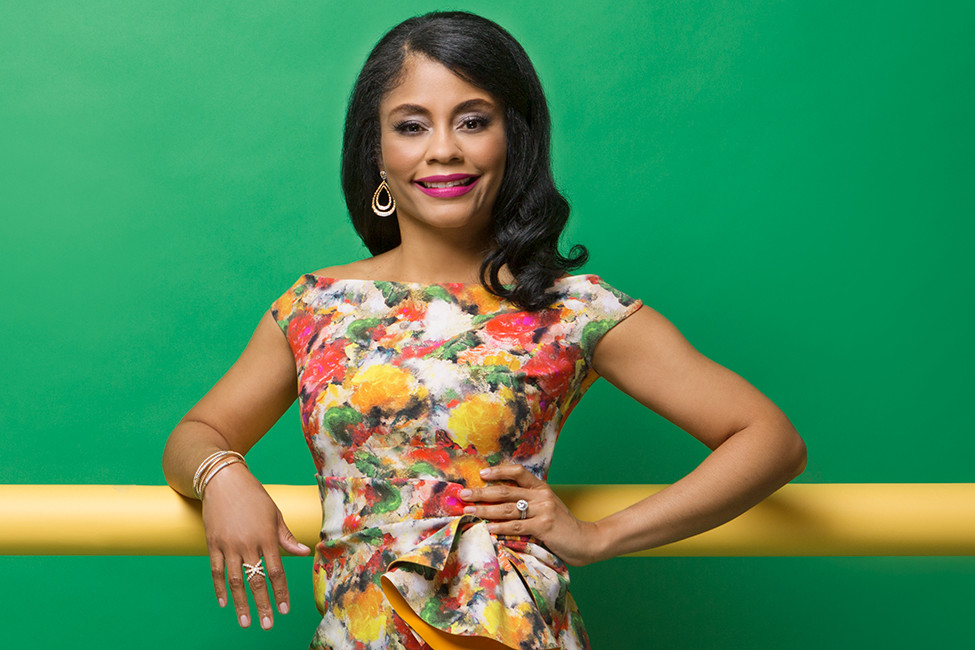 In the war against cancer, Dr. Gwendolyn Bryant-Smith and her colleagues at UAMS are trying to open a whole new front.

Bryant-Smith has spent most of her UAMS career fighting breast cancer, which affects one in eight U.S. women, according to the American Cancer Society. It is estimated that this year 268,000 new cases of invasive breast cancer will be diagnosed in the U.S., along with 62,930 non-invasive cases.

As director of breast imaging at UAMS, Bryant-Smith, a fellowship-trained radiologist, sees patients at the Breast Center, carrying on a daily fight that is somewhat personal.

She lost an aunt to multiple myeloma. A first cousin died in her 20s from renal cell carcinoma. Another aunt was affected by premenopausal breast cancer.

“Cancer has had a big impact on my family and life,” Bryant-Smith says. “These experiences, I think, have made me more thoughtful in my interactions with cancer patients.”

Of course the fight at UAMS doesn’t stop at breast cancer. The Winthrop P. Rockefeller Cancer Institute is the state’s only comprehensive treatment and research facility, encompassing five clinics and their teams of specialists treating a range of cancers and seeing close to 150,000 patients a year.

The next step for UAMS, the state’s only academic health center, is earning National Cancer Institute (NCI) designation. The designation would open the door to a wealth of new cancer-fighting resources and technologies and raise the Rockefeller Institute’s profile as one of the premier cancer-fighting institutions in the nation.

“I am very excited about our journey to gain NCI designation,” Bryant-Smith says. “I am proud to be an Arkansan and I want the best for our institution and our patients.” 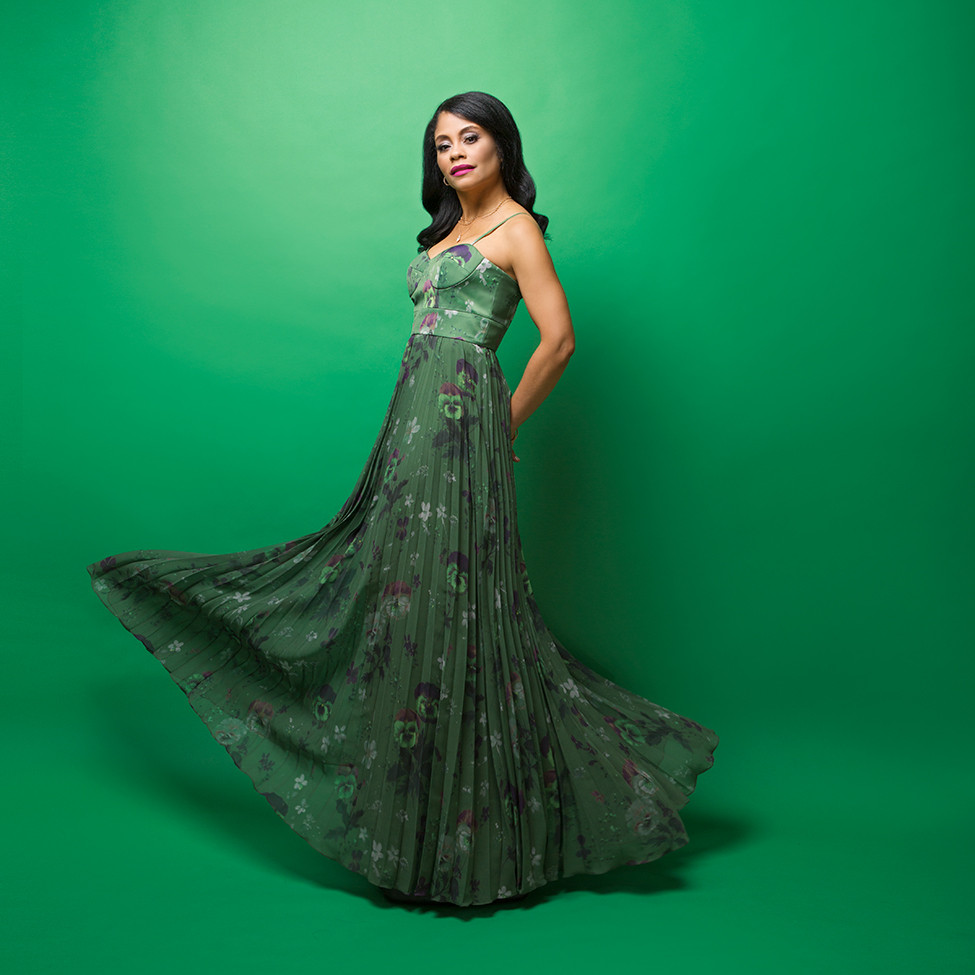 NCI-designated cancer centers are a group of 70 cancer research institutions in the U.S. supported by the NCI, which is headquartered in Maryland and is one of 11 agencies comprising the U.S. Department of Health and Human Services.

The NCI designation program was created as part of the National Cancer Act of 1971 and recognizes health centers around the country that meet rigorous standards for cutting-edge research that develops better approaches to preventing, diagnosing and treating cancer.

If designated, UAMS would be placed among the top 4% of the close to 1,500 cancer centers in the U.S.

No matter how modern, how well-staffed or how well-resourced, no cancer treatment entity in the state currently commands the kind of funding, technology and research of NCI-designated facilities. At some point, UAMS Chancellor Cam Patterson says, cancer patients in Arkansas may be faced with the prospect of having to leave the state in search of the best available treatment and care.

“NCI designation means nobody in the state of Arkansas will ever have to face that choice again,” Patterson says.

“Arkansans would reap the benefits of more clinical trials and research breakthroughs,” Bryant-Smith says. “They would have access to more technology. The increased funding and prestige from the designation would also enhance our ability to recruit and retain highly regarded faculty.”

There are high standards to be met and many tasks to accomplish in order for UAMS to be NCI-designated, and according to Patterson, the process could take as long as four to six years. And because UAMS is pursuing the comprehensive cancer center designation, it’s facing the NCI’s most stringent requirements.

“Facilities obtaining this designation must demonstrate excellence and expertise in the laboratory, the clinical arena and in behavioral and population-based research,” she says.

But the UAMS quest got a huge boost in March when the 92nd General Assembly passed legislation, signed by Gov. Asa Hutchinson, concerning the pursuit of NCI designation for UAMS and establishing revenue streams and accounts to fund the process.

HB 1565 would, according to state Department of Finance and Administration calculations, raise $10.5 million annually, with $5.4 million going toward NCI funding and $4.6 million going back to general revenues.

“The legislature heard from people all across the state,” Patterson says, “and we were able to work with them so they have a message that they could take back to the constituents in their districts, that this would allow us to to do statewide outreach and provide cancer service for all 3 million Arkansans.

“That’s a message you can explain in very real terms the positive impact this will have. Everyone in Arkansas at one point or another is touched by cancer.” 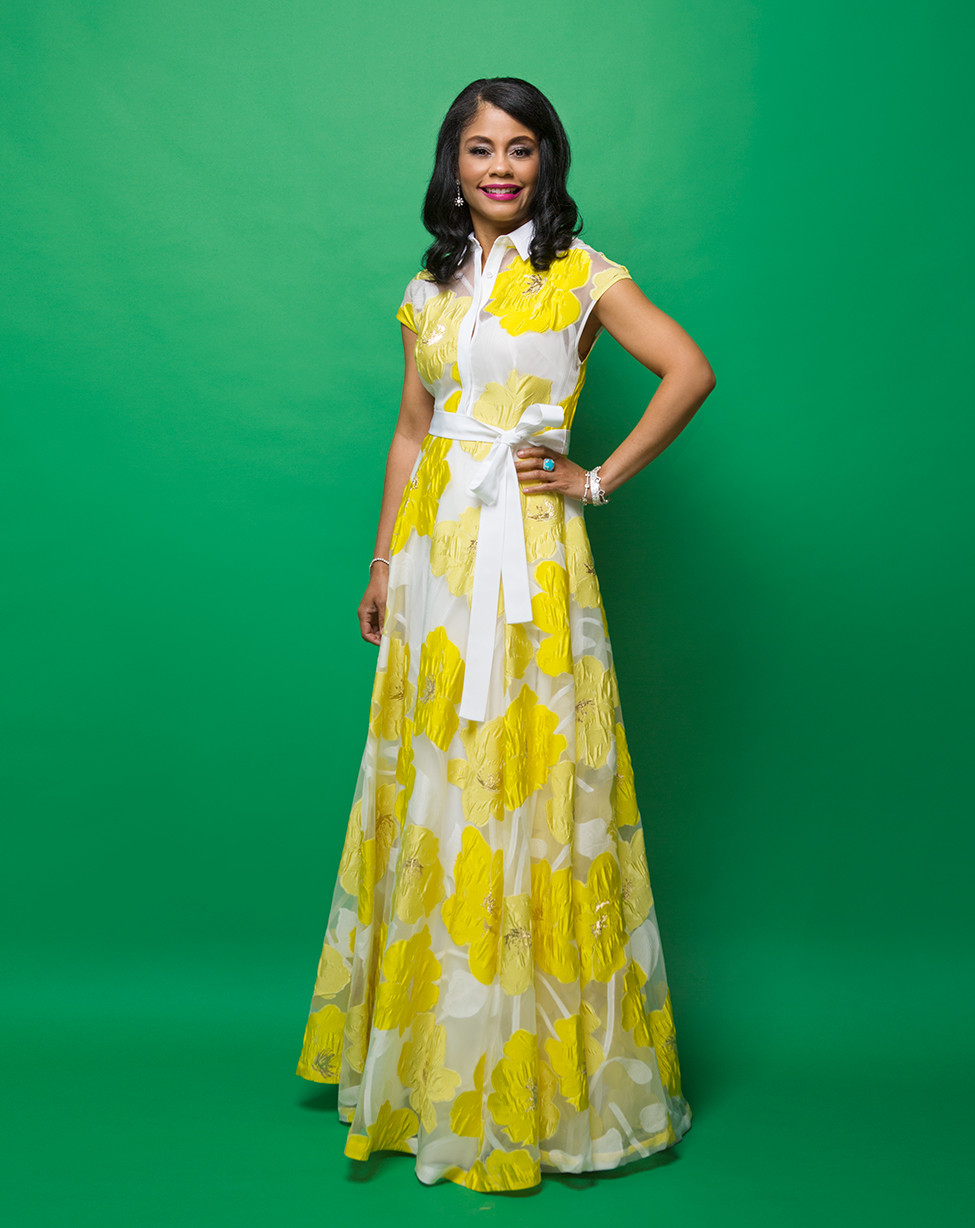 As a breast imaging physician, Bryant-Smith interprets mammograms, breast ultrasounds and MRIs and performs image guided breast biopsies. She sees patients ranging in age from 16 to 90, providing wellness exams as well as treating those who have been diagnosed.

“I am inspired by my work and the patients I have the honor of caring for each day,” she says.

A graduate of J.A. Fair High School in Little Rock, Bryant-Smith developed her interest in medicine at an early age, thanks to the influence of her mother, a dietician and current a health care administrator who enrolled her daughter in a candy-striper program at St. Vincent Breast Center when Bryant-Smith was in junior high.

Also in junior high, Bryant-Smith began her long relationship with UAMS when she participated in a summer science program at the center. She went to college at the University of Arkansas and enrolled in medical school at UAMS, where she encountered an important mentor.

“I attended an interest group session my third year of medical school, and the program director of the radiology residency at that time, Dr. Sally Klein, was speaking about radiology,” Bryant-Smith says. “She was bubbly, energetic and made the field of radiology sound wonderful. That session prompted me to sign up for radiology rotations my senior year.”

The rotations were a positive experience and convinced Bryant-Smith that radiology was her field. As a radiology resident, she worked with Dr. Robert Fincher, a breast radiologist who enlivened the learning process for his students and was loved by his patients.

“Breast imaging gave me the right mix of image interpretation and patient interaction, and I fell in love,” Bryant-Smith says.

Fincher taught Bryant-Smith the important art of interpreting breast imaging studies, but more memorably, he showed her the importance of excellence in patient care. 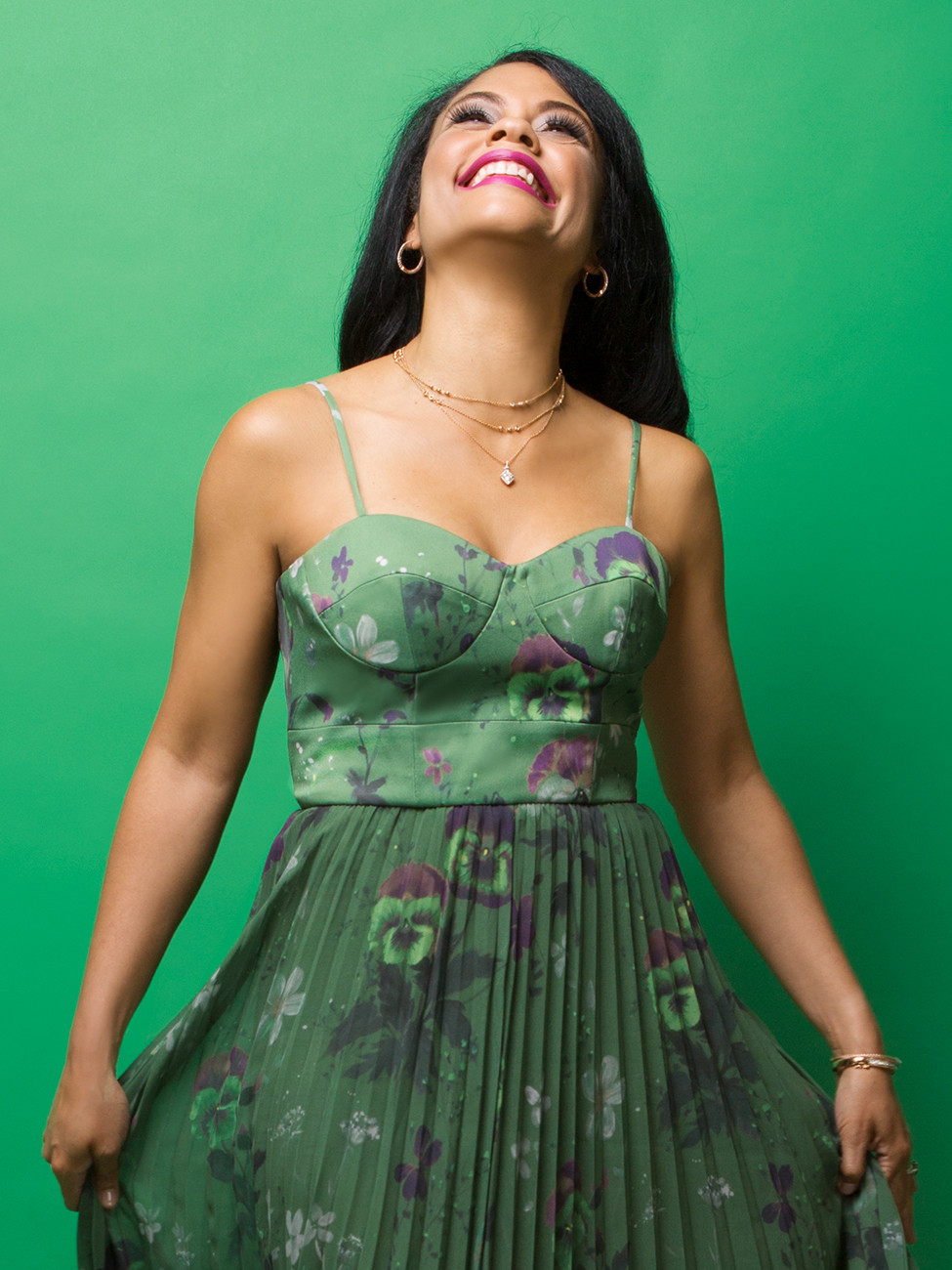 To achieve NCI designation, the Rockefeller Center must meet six primary requirements: appropriate physical space; organization capabilities that promote scientific collaborations both within the center and with other NCI-designates and external partners; transdisciplinary collaboration and coordination; clearly defined cancer research focus as demonstrated by grants, contracts, publications and clinical trials; institutional commitment and a center director who is a highly qualified scientist and administrator with leadership experience.

UAMS, thanks to the Rockefeller Center, is already meeting the appropriate space requirement with several new floors to be completed in the next year or so.

“The Breast Center is included in this construction project,” Bryant-Smith says. “We will be moving in the fall of 2020 to the third floor of the Cancer Institute to a larger space which will allow us to grow.”

UAMS is at various levels of success in meeting the other requirements, but to do so means all departments have to uphold high standards and meet requirements of their own.

“Every division of the Cancer Institute must contribute toward the mission of this designation,” Bryant-Smith says.

For the Breast Center to contribute, it must maintain its current designation as an American College of Radiology (ACR) Breast Imaging Center of Excellence. A center is so recognized for achieving excellence by earning accreditation in all of the ACR’s voluntary breast-imaging programs and modules (like ultrasound and biopsy, among others) in addition to the mandatory Mammography Accreditation Program.

“We’re pretty far along and I’m pleased with the work the team has already done,” Patterson says. “It’s required that we demonstrate that we work collaboratively, that we have excellence in a number of critical areas within the cancer domain, and we’ve demonstrated that.”

Bryant-Smith noted that the comprehensive cancer center designation means being able to apply for up to $1.5 million a year from the Department of Human Services. The National Center for Health funds cancer centers through what is called a P30 Cancer Center Grant, and to be eligible a center must receive at least $10 million a year in cancer research funding from other sources.

UAMS receives some of its research dollars through the Gala For Life, the Cancer Institute’s chief fundraiser. The black tie event will be held Sept. 6 at the Statehouse Convention Center, bringing together people from all over the state helping to raise cancer-fighting funds, with a portion of the net going directly to the institute.

However the NCI designation is not just all about dollar figures for UAMS. Patterson notes the designation would allow cancer patients to receive drugs and participate in clinical trials not available in the state, bringing new jobs and additional economic activity. Projections are for $72 million a year added to the economy and, in the first year alone, the addition of some 1,500 jobs.

According to American Cancer Society figures, about 44 Arkansans are diagnosed every day with cancer and 6,900 will die from the disease this year. For 30 years, the UAMS Cancer Institute has provided research-driven care for patients from every state and more than 50 countries, as well as more than 15,000 people from Arkansas’ 75 counties.

At the end of the long process — if successful — UAMS will have the funding, the technology, the innovative research, the top talent and the high profile that comes with NCI designation. Most important, physicians like Bryant-Smith will never want for the means and resources to treat patients grappling with a frightening, potentially life-threatening illness.

It’s what she feels she was designated to do.

“My patients inspire me to bring my best forward each day,” she says. “I enjoy being a breast imaging physician. I am fortunate to walk the path in which I feel I was called.” 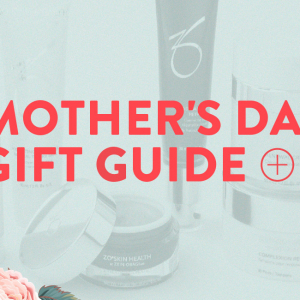 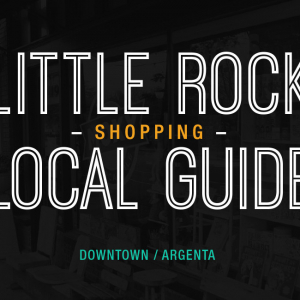 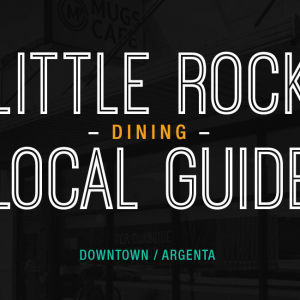 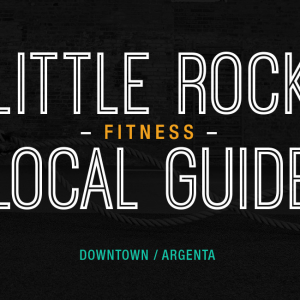 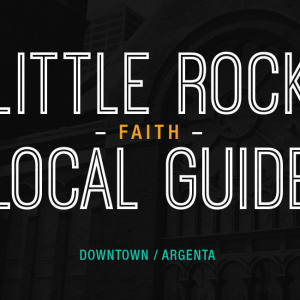