Baptist Health Foundation Gets Set to Teach Your Children Well(ness)

Baptist Health Foundation Gets Set to Teach Your Children Well(ness) 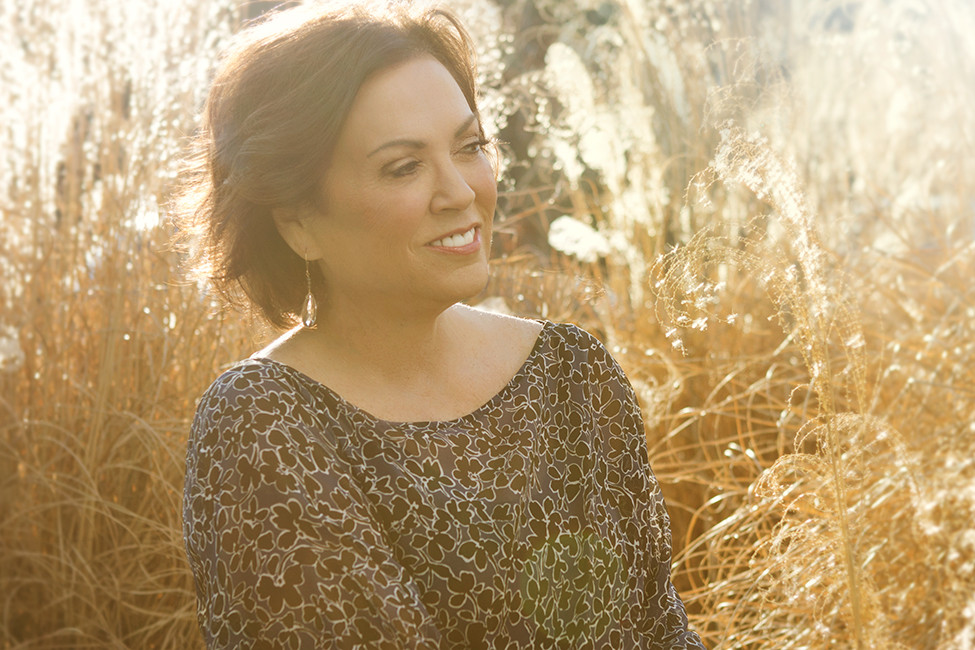 On any given day of the week, Baptist Health Medical Center in Little Rock bustles with life. Nurses and physicians stride purposefully on their rounds, visitors are met with a beaming smile at the information desk and in the gift shop, patients shuffle off to appointments or recline in waiting areas. Even the guy managing the parking kiosk makes an impression, sending you off with a grin and wish for a good day.

The campus towers over the west Little Rock landscape and can be seen from virtually anywhere in the city, a stature befitting its history and legacy of service. And it’s not just the sprawling brick and mortar that casts long shadows. Baptist is an institution that’s served every phase of life for generations of Arkansans, from the day they’re welcomed joyously into this world to the day they’re transitioned compassionately out of it.

Sandy Landers of Little Rock says it simply and best: “I love Baptist. Baptist is a staple in the community and has been for years.”

It’s serious business, of course, being one of the largest and most-recognized hospitals in the state and expensive, too. So much happens here daily even Landers, who’s spent a decade volunteering with the Baptist Health Foundation (which helps fund the hospital’s work), can’t begin to list it all.

“Some of the programs [the foundation] has supported includes NICU renovations, a capital campaign, Nursing Excellence, which are scholarships for nurses and their continuing education,” she says. “We’ve done some grant awards; we ask the employees and staff, ‘What do you need in your area to help serve patients better?’”

One of the more recent initiatives the foundation helped launch is the Healthy and Active Youth program, designed to help young people and their families adopt better eating habits and increase physical activity. For Landers, who was a foundation board member at the time, it’s a mission of which she’s particularly proud.

“My son, Scott, actually is the one who about six years ago called me and he had some money and he wanted to do something,” Landers says. “He said, ‘Is there anything we could do for children?’”

Specifically, Scott Landers wanted to fund something that would help address the issue of childhood obesity, especially after Sandy started exploring and discovered that the hospital only had programs for adults, not youth. Thus, the Healthy and Active Youth program was born.

According to Natalie Williamson, a weight loss program leader who administers the Healthy and Active Youth program, it’s an initiative that’s sorely needed.

Williamson says Healthy and Active Youth isn’t a weight loss program per se, although it is certainly one goal to reduce the prevalence of overweight and obese youth in the state. Instead, she called it a lifestyle program that aims to educate whole families on making better choices regarding food and physical activity for a lifetime.

The free program targets children and youth ages 11 - 17 who are at risk for chronic diseases due to their weight. Those selected for the course via an application process commit to weekly evening sessions and some Saturdays across one of three program periods: spring, summer or fall.

In addition to classroom instruction on such topics as portion control, the program features hands-on events like family cooking classes. It also includes activities to help promote a more active lifestyle. Last year the program hosted 18 families, but there are big plans for upcoming sessions, with hopes to accommodate 30 families per session.

“The first year, there were 10 kids involved and we bought bicycles for them all. Now we’re wanting to extend it to 90 children,” Landers says. “I’m so excited about that and I’m really proud of how the program has grown.”

Healthy and Active Youth was launched with a $20,000 contribution, but even a generous donation like that can’t sustain a growing program indefinitely, which is why Baptist Health Foundation has made the program the beneficiary of this year’s Bolo Bash event.

Bolo Bash comprises three separate fundraisers spread out over March, April and May. The March event, the Bolo Bash Luncheon and silent auction, will be held at the J.A. Gilbreath Conference Center at the Baptist Health campus. Now in its 29th year, the luncheon will feature soap opera star Susan Lucci as its guest speaker.

The other events are April’s USTA tennis event at Rebsamen Tennis Center and its companion Steak Soirée dinner, followed by a golf tournament in May, held at Chenal Country Club. All told, the events are set to raise more than $1 million through a combination of ticket sales and sponsorships.

“People support Baptist Health for what it does for the community and the state and often for the care they’ve received personally,” says Heather Zimmerman, major gifts officer for the foundation. “A lot of people have been involved with Bolo Bash over the years because of what our money goes to support. We support programs that would not otherwise be provided if the foundation didn’t raise money for them.” 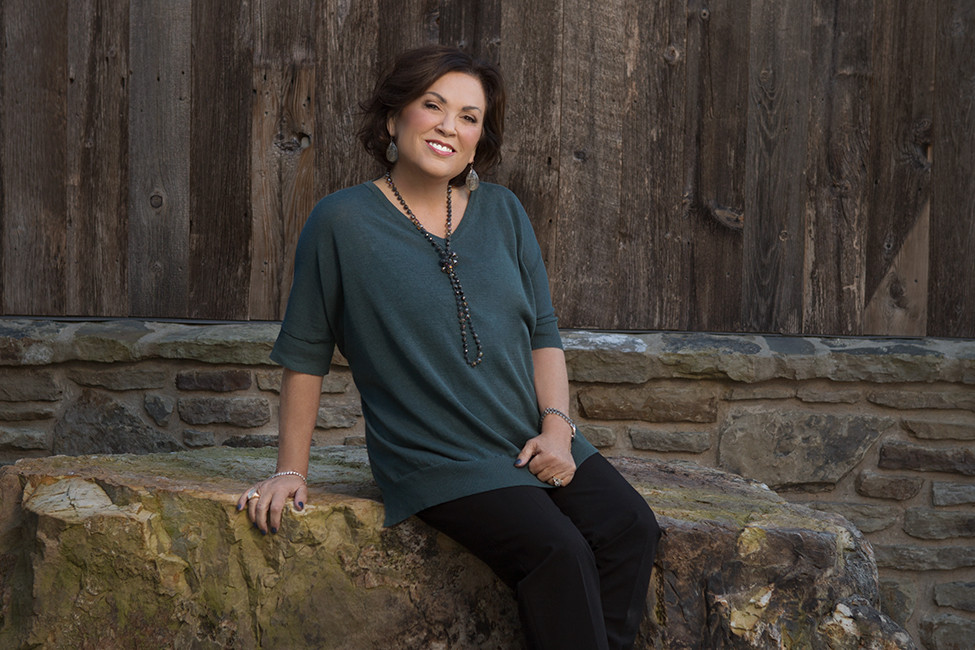 Share It Tweet It Pin It
Clothing, earrings and necklace from B. BARNETT. Makeup by MERRY KLINE with BELLE AND BLUSH. Hair by ANGELA ALEXANDER.

In recognition of this fact, many of the volunteers for the Bolo Bash are Baptist employees supporting the events that help support them in their work with patients.

“We have more than 75 employees who come and volunteer at the luncheon,” Zimmerman says. “They’ve been doing it for years. We also have them at the golf tournament and we have interns helping throughout the year.

“It’s also an opportunity for companies who are involved with us to have their employees come out, and we encourage the community get involved, too. There’s always room for more volunteers.”

During her time on the Baptist Health Foundation board, Landers always preferred to stay behind the scenes. Even this year, chairing the luncheon committee for the first time, she’s not looking to jump in front of a microphone and grab the spotlight. But talking about the youth program the 2018 event supports, an idea born from within her own family, there’s an unmistakable note of pride that rings in her voice.

“I would like for people to realize that Baptist is more than just a hospital; we have so many programs to benefit people,” she says. “Childhood obesity is a really big issue now, and it’s important to help children that need help.”

It’s not particularly surprising that the Baptist Health Foundation would build a football angle into its Bolo Bash event, given The Natural State’s love affair with the pigskin. 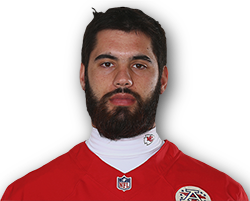 But even a football-obsessed state like Arkansas has never seen anything quite like Laurent Duvernay-Tardif, offensive lineman for the NFL’s Kansas City Chiefs. Not only is the former fourth-round draft pick from Canada, where tastes run more to hockey than football, he also became a pro starter without having played one down for an American collegiate team.

As if that weren’t impressive enough, he’s also one of the only professional athletes you’ll ever meet who’s studying to become a doctor while competing at the very highest level of his sport.

“In high school, I was shooting for being an engineer. I did a couple of internships and realized it was too much computer work and I needed to work with patients,” he says.

“That’s what I like about medicine and also the fact of trying to do good for the community — do prevention, promote physical activity and wellness, tie it all up together.”

Duvernay-Tardif’s commitment to wellness issues led him to create the Laurent Duvernay-Tardif (LDT) Foundation to promote the benefits of physical activity within schools. His training as a physician — he’ll graduate medical school in May — has done nothing to dampen that commitment.

“When you’re doing rotations in the emergency department, you see all kinds of stuff, including a lot of obese people with complications of their obesity whether it’s diabetes, cardiovascular disease or hypertension,” he says. “I think the easiest way to counter that is to promote a healthier lifestyle and healthier diet at the younger age.”

Duvernay-Tardif says he’s looking forward to his upcoming visit to Little Rock, the first time he’ll have spent any real time in the state, where he’ll be part of a ticketed meet-and-greet reception after the finals of the Bolo Bash tennis tournament. Moreover, he was eager to help raise money for Healthy and Active Youth, which shares his commitment to combating weight issues in young people.

“It’s well-proven that when you invest a dollar in prevention and promotion of healthy lifestyle, you save a lot in the end, plus you promote physical activity, self-esteem and all that,” he says. “It just makes sense, I think, to be invested in that cause because it can change a life and the lifestyle of a lot of kids.” 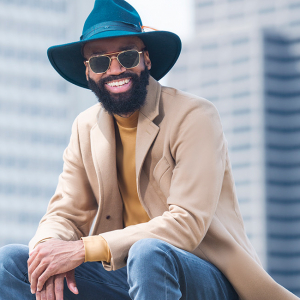 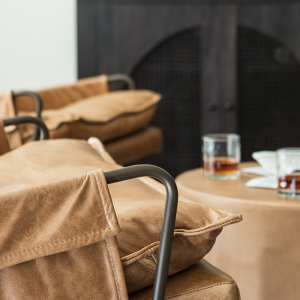 The Art of Modern Living... 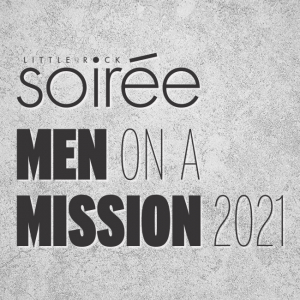 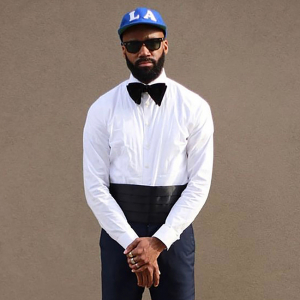 The November Edit: Let's Hear It for the... 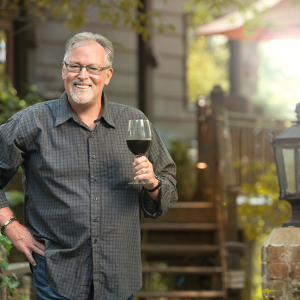 Dining In With Mark Abernathy...
Permalink