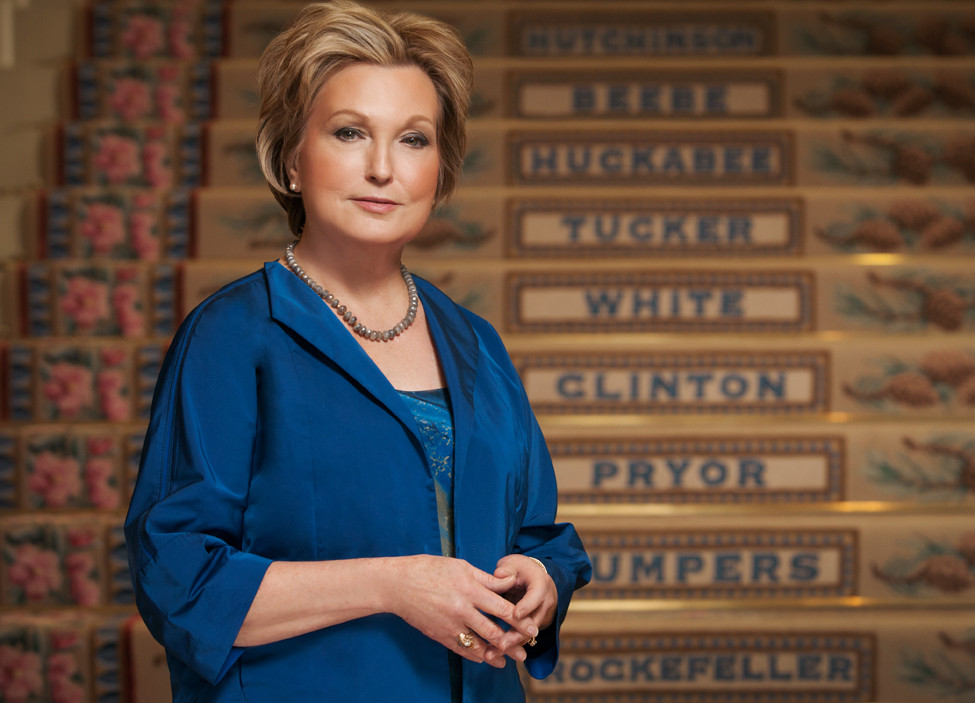 It’s hard to think about a 7-year-old with an STD.

And yet, those types of situations aren’t out of the ordinary for Stacy Thompson, the executive director of the Children’s Advocacy Centers of Arkansas. Harrowing cases of child abuse and trauma are her norm.

The numbers are staggering. According to the famous national study conducted by David Finkelhor, Gerald Hotaling, I.A. Lewis and Christine Smith, one in four girls and one in six boys will be sexually abused before they reach the age of 18.

“It’s happening,” Thompson says. “This is the best-kept secret. It’s happening a lot, and in numbers we just can’t stomach.”

In 1985, Robert E. Cramer, a district attorney in Huntsville, Alabama, noticed that the system in place for dealing with abused children was defective. He watched as traumatized children were subjected to retelling their nightmarish stories in unfriendly conditions because of inefficiencies within the social service and criminal justice systems.

Cramer pulled together a multidisciplinary team (MDT) of trained professionals to streamline the process and protect already victimized kids. From this model came the National Children’s Advocacy Center (CAC), which serves as a model for more than 900 centers across the country.

The CAC of Arkansas is a nonprofit membership organization with 14 branches statewide. With origins in 1999 as the Arkansas Association of Children’s Advocacy Centers, the organization was renamed in 2003, and has served abused children ranging from the earliest verbal years to age 17 ever since.

The healing process is not always pretty. This is where the CAC steps in, answering the question caregivers ask when they find themselves in this horrific situation: What do we do now?

“The whole purpose of our existence is to reduce the trauma that a child and family would experience once an allegation is made of child abuse,” Thompson says.

It begins once a call is placed to the state police’s child abuse and neglect reporting hotline. If the case is considered appropriate for a CAC — meaning higher priority cases of physical abuse and extreme neglect, as well as all sexual abuse cases — the family is referred to the nearest CAC.

Once a child is brought to the center, typically by a caregiver, the staff begins the unique work of trying to ensure that children only have to tell their story once, and in a safe environment. Part of meeting that goal means making each space comfortable and child-friendly, but most of the burden falls to the highly trained MDT assembled to attend to the child.

On this MDT are representatives from the Crimes Against Children division of the Arkansas State Police, the Child and Family Services division of the Department of Human Services, local law enforcement, prosecutors, victim advocates and medical and mental health professionals. These people specialize in how to speak to and interview a traumatized child, conduct medical exams and provide mental health services, all in one place.

Having the entire team together on site and following the proper protocol not only serves the best interest of each child’s unique situation, but also ensures that the recorded interview is legally defensible. A child may still have to testify in court, but the recording holds up in situations like plea arrangements.

The victim advocates can even connect the family to outside resources like therapy and counseling, or walk the family through the often complicated process of prosecution.

“You just don’t know where to turn once this has hit your family,” Thompson says. “In a lot of cases, parents blame themselves, and they need help. The child has their needs, and the family has unique needs, too.”

Perhaps the most public champion of the CAC is Arkansas first lady Susan Hutchinson; the former schoolteacher was introduced to the organization by friends who thought its mission aligned with Hutchinson’s passions. After getting involved, she later joined the board of the Children’s Advocacy Center of Benton County, where she served for several years.

“It just melted my heart to know this is going on,” Hutchinson says. “When I came across the CAC model, I realized it’s the answer to a child in need of this kind of help. It’s sad this model is needed, but it’s even sadder if we don’t use it.”

When her husband Asa Hutchinson was sworn in as Arkansas’ 46th governor in 2015, the first lady knew, having worked so closely with the CAC, that she could help bring attention to the little-known organization. CAC’s mission really came into the spotlight when Hutchinson was named the inaugural Arkansas Woman of Inspiration in 2015 and shared the cause with her audience. 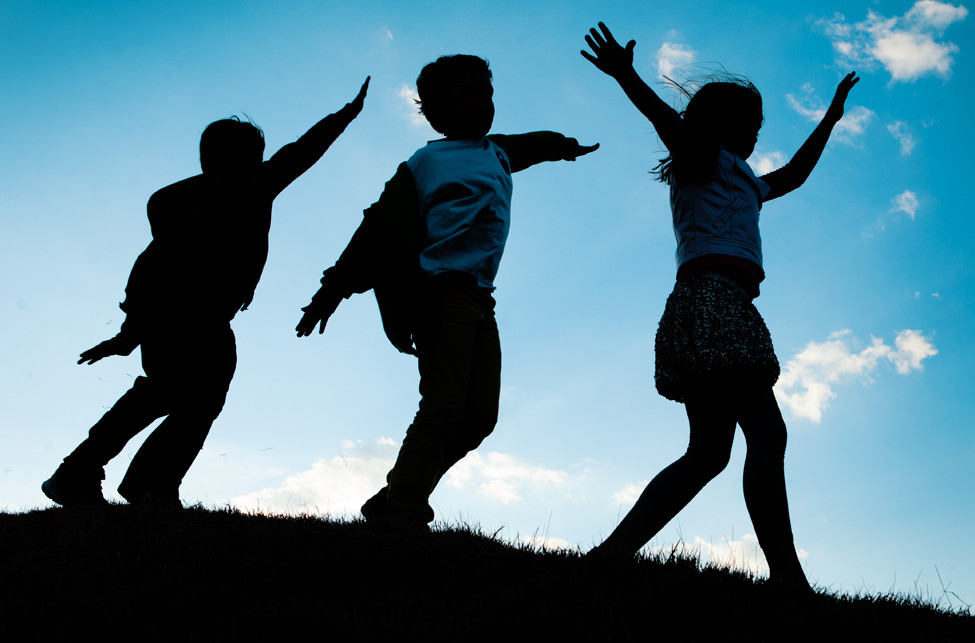 Since then, Thompson says CACs have seen a rise in reports. It’s the silver lining to a very dark cloud. On one hand, more reports mean more children receive the help they need. On the other hand, it’s very nearly impossible to label an increase of child abuse reports as positive.

Last year alone, more than 4,600 kids walked through the doors of a CAC in Arkansas. It’s a frightening number, considering that about 85 percent of those cases had a sexual component. An estimated 90 percent of child sexual abuse goes unreported.

There’s no charge for the center’s services, and it appears to be an effective system for helping families and moving along prosecutions, so why do so many cases go unreported?

“It’s a difficult, embarrassing, sensitive subject, and no one wants to talk about it,” Hutchinson says. “It gets suffocated or pushed aside, but it’s still there. People bury these things, and all because they believe there’s no hope for a good resolution. They think there’s no hope of stopping the perpetrator, of making it better, except to be quiet, and that’s the worst thing you can do.”

The same goes for the general public. Even those who aren’t directly affected don’t talk about it, despite statistics showing that most people know victims in their circle of friends and co-workers, and it isn’t hard to see why.

“It’s taboo,” Hutchinson says. “It’s terribly uncomfortable. Thinking of a child’s innocence being taken away because of some other person’s cruel selfishness, it’s sickening.”

But the CAC is working to change that. Erin’s Law — a bill named after childhood sexual assault survivor and activist Erin Merryn —requires public schools to implement a prevention-oriented child sexual abuse program. The Arkansas Legislative Task Force for the Prevention Through Education of Child Sexual Abuse was formed in 2013. The task force teamed up with the CAC to offer resources and guidelines for caregivers and school administrators on child sexual abuse prevention.

Much of the center’s reports come by way of these laws and mandates, and the programs are having a positive impact. However, that doesn’t necessarily translate to the children walking into a CAC, especially when 90 percent of them were violated by someone they know, trust or love.

What does translate are the smiles of the staff, the murals on the walls, the gardens and the friendly environment — all assembled to help ease the fear and tension. At some centers, rooms showcase the handprints of victims who have begun healing thanks to the CAC. Most of those rooms are covered from floor to ceiling with handprints, many no bigger than a toddler’s.

“There are other hard things that happen in life, the untimely death of a parent, disease, the imperfections of this world. But something that is perpetrated on children, we can’t put up with that. We can stop that, and we have to.”

While the CAC’s short-term objective is to expand so that more families have these resources nearby, the ultimate goal is for the CAC to work itself out of business. But until the day child abuse is eradicated, the center will be around to help.

“This is not something you cure. We can’t take away what’s been done, but what we hope to do is enable the child to grow up to live a productive, happy life,” Thompson says.

Hope is a common theme among those who work in this cause, but it’s a hope that’s not an abstract ideal or a vague wish for the better. For these advocates, hope is tangible, it’s feasible, and it looks a lot like a messy, paint-covered handprint.

Ways to Get Involved

The local CACs always appreciate donations of snack foods, something that can be consumed while kids are in our centers for a visit. Our kids come to see us for a couple to several hours at a time. Oftentimes, the child has been removed from a situation in which the child may be hungry, dirty and tired. Fleece blankets and personal hygiene products (the kids’ ages range from verbal to 17) are appreciated, as are cinch bags or backpacks. While there’s little room for much in terms of clothing, we often must supply a child with a clean set of clothes — new or very gently used clothing is appreciated.

In terms of volunteer opportunities, voluntary receptionists are great. Of course, there are more manual tasks (yard work, painting, etc.) that can be accomplished at a CAC. An organization can never have too many volunteers for fundraising efforts — dragon boat races, sky diving, runs and walks, gala events, etc. 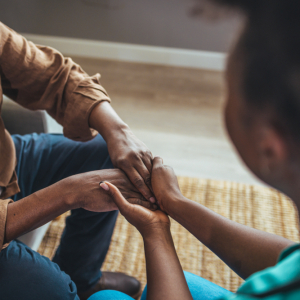 Glossary of Care: Vocabulary for Caregiv... 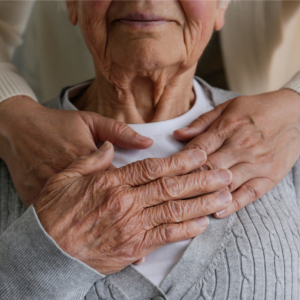 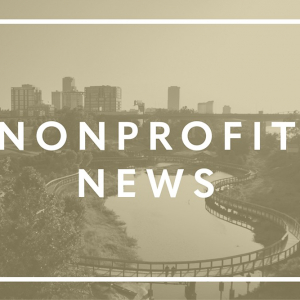 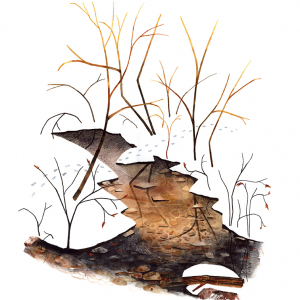 Artist Spotlight: May We Fly... 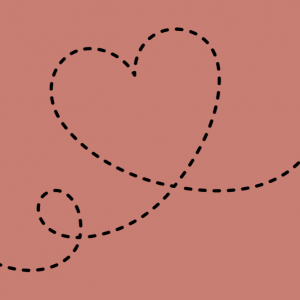