Categories: Eat & Drink
Here’s a run-down of what the Little Rock beer scene already has to offer, a look at the Fayetteville Ale Trail and a sneak peek of what’s coming down the pike from brewers of all shapes and sizes. 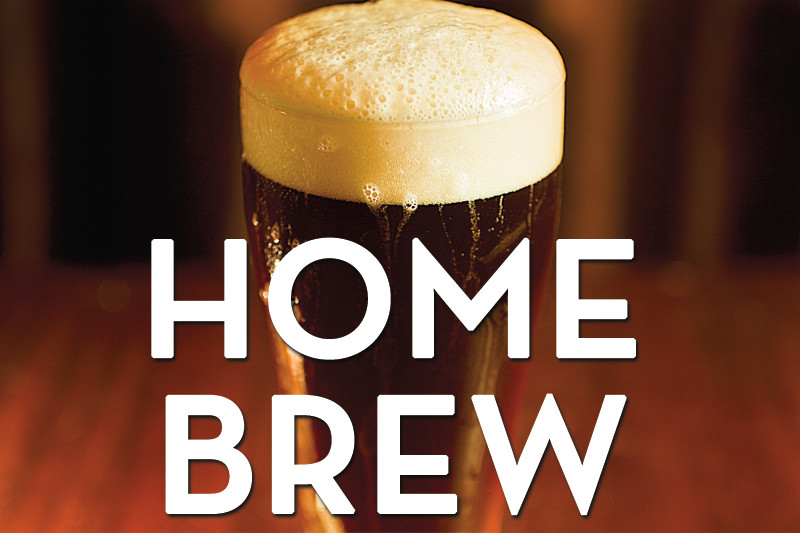 It’s a tad premature to label Little Rock as a “beer town,” but progress is definitely in the air, and that’s not just the hoppy aromas talking. Lost Forty Brewing, a newcomer, will join the firmly entrenched Vino’s Brewpub, Boscos and Diamond Bear Brewery, along with 1-year-old Stone’s Throw Brewing, and a host of other expanding brewers, to form a burgeoning, local beer community.

“To me, craft beer is about diversity, creativity, and most importantly, community. It is an especially social booze, a medium that brings people together around a table, a porch or a bar in relaxation after a day’s work, celebration of an event or an added depth of flavor when paired with a delicious meal. We are seeing Little Rock on the precipice of local brewers creating and local patrons embracing a uniquely Little Rock craft beer culture,” says Josiah Moody, owner of the new beer label Moody Brews and past brewmaster at Vino’s Brewpub.

Here’s a run-down of what the Little Rock beer scene already has to offer, a look at the Fayetteville Ale Trail and a sneak peek of what’s coming down the pike from brewers of all shapes and sizes.

What you need to know: This downtown nanobrewery, with a tap room funded by 264 individual backers through a crowdfunding campaign, is the brainchild of four beer-crazed buddies — Ian Beard, Brad McLaurin, Theron Cash and Shawn Tobin. Patrons can always expect eight house brews on tap, an offering of local cheese, sausage, pickled fruits and vegetables, and ice cream in the tap room, as well as a food truck stationed out front during business hours. “Stone’s Throw Brewing is all about variety. We specialize in small-batch brews, and offer both traditional and experimental recipes,” says Beard. Guest beers from local and regional breweries are also featured on tap. 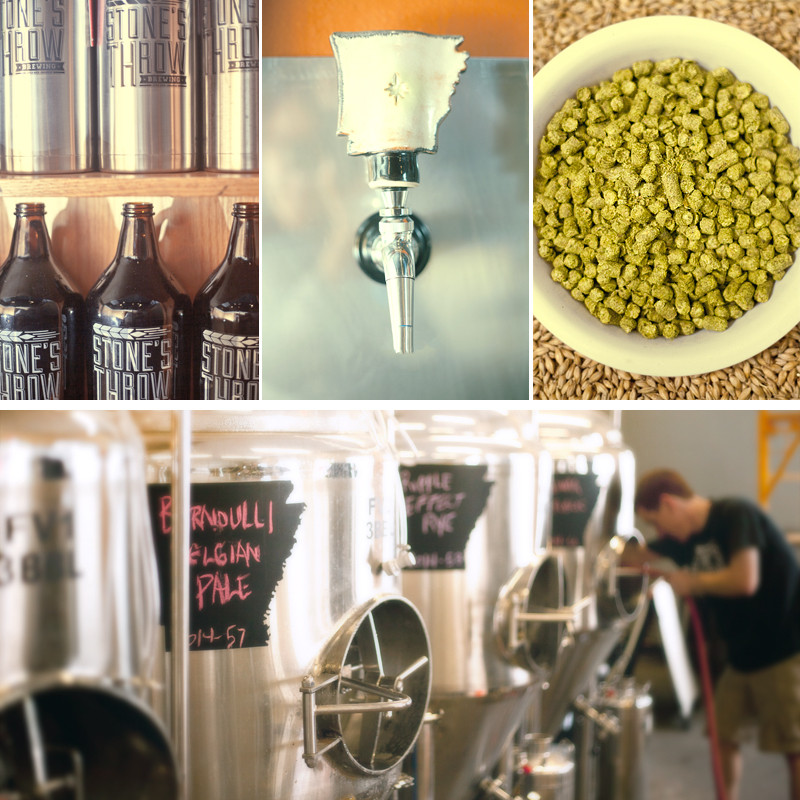 Share It Tweet It Pin It
(clockwise, from top): Stone’s Throw Growlers; a handmade beer tap; hops and barley; and Theron Cash preps a beer vat in the Stone’s Throw brewery.

What you need to know: Diamond Bear has been around since late 2000, but only recently moved production into its new North Little Rock facility. The award-winning beer maker currently produces nine beers (and one root beer), including Pale Ale, Irish Red, Paradise Porter, Presidential IPA, Rocktoberfest, Southern Blonde, Strawberry Blonde, Two Term and Dogtown Brown. The new space is also home to Arkansas Alehouse, a brewpub featuring all of Diamond Bear’s beers, along with a menu of beer-centric food. 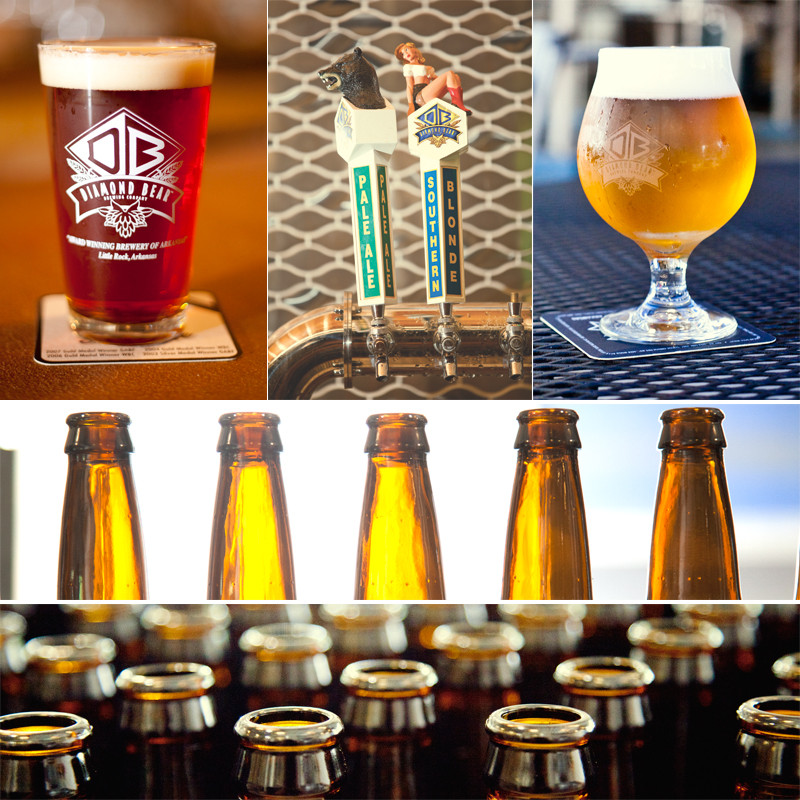 What you need to know: Vino’s, which began brewing in 1993, is Little Rock’s oldest brewpub and home to a variety of delicious craft beers. “Our best seller is our Firehouse Pale Ale, with the Pinnacle IPA, Six Bridges Cream Ale and Lazy Boy Stout being the other three on tap most of the time. We’re adding Rainbow Wheat to our lineup of soon. Over the course of the year, we’ll probably brew over 20 different beers,” says owner Henry Lee. Vino’s also has an expansive menu of pizzas, calzones, salads and sandwiches. Growlers are available for purchase, and the brewpub hosts live music throughout the week. 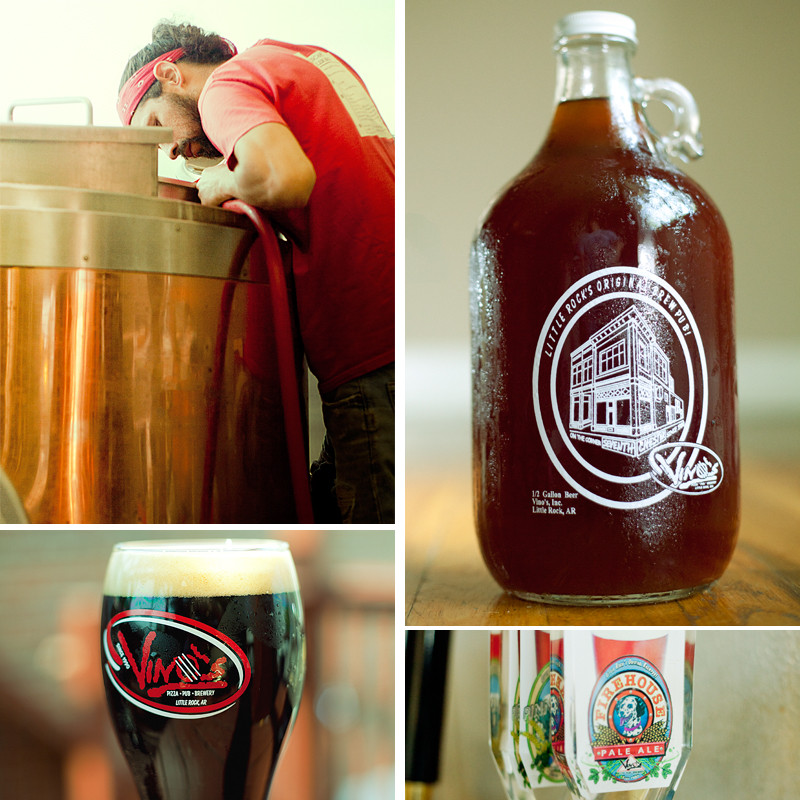 Share It Tweet It Pin It
(clockwise, from top): Kevin Stanbery brewing beer at Vino’s; a Pinnacle IPA growler; taps for its Firehouse Pale Ale, named for its neighbor across the street; and Vino’s Lazy Boy Stout.

What you need to know: Folks in Little Rock are no strangers to Boscos in the River Market. The restaurant has a full menu and brews a variety of beers, including the Famous Flaming Stone and Bombay IPA, as well as seasonal offerings. Half-gallon growlers are now available for $10, and the restaurant even has its own Beer Police Loyalty Program, where patrons can earn one point for every $1 they spend ($10 reward for every 200 points).

Lost Forty Brewing: This much-anticipated and soon-to-open brewery, located at 510 McLean St., will have a tap/tasting room, along with snacks.

“Our tap room will draw inspiration from Munich beer halls in that it will feature large, industrial rustic community seating. All other materials and décor will be inspired by the Lost Forty acreage in Calhoun County and hand built in Arkansas.

"We want our space to encourage conversation, sharing and flexibility for use of space. Our large industrial space will be well suited for lots of great beer’tivities — from watching games, to teaching classes, to playing poker, to simply enjoying good beer and good company. Our goal is for the space to integrate into the warehouse and brewhouse, not be a shiny new room plopped down in the middle of an industrial craft beer making site,” says Yellow Rocket Concepts brand manager and marketing director Amber Brewer.

Moody Brews: Little Rock beer lovers are certainly familiar with Josiah Moody, who has recently launched his own label, “Moody Brews.” The plan is to brew his beer at the Choc Brewing Company in Krebs, Oklahoma, but distribute it in Arkansas. Production of his first brew, Half Seas Over, started in late July.

Flyway Brewing: Expansion is in the works for Flyway Brewing. The company recently halted production but plans to have its beer on tap at restaurants and bars around Little Rock at the beginning of this month. The brewer — which took its name from the Mississippi Flyway — will continue to produce handmade, small-batch beers.

Rebel Kettle Brewing: Keep an eye out for Rebel Kettle Brewing, the creation of Tommy McGhee and John Lee, in early 2015. RKB is still in the process of nailing down recipes, schedules and procedures, but expect a local brewery that produces year-round and traditional beers, as well as somewhat “crazy beers,” a concept that takes recipes and twists them through unconventional ingredients.

If you’re up for a road trip 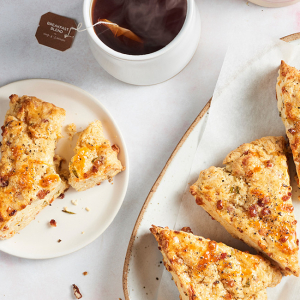 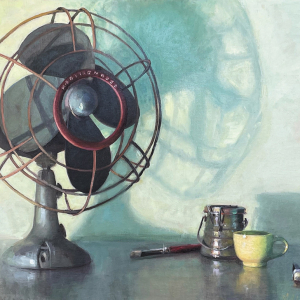 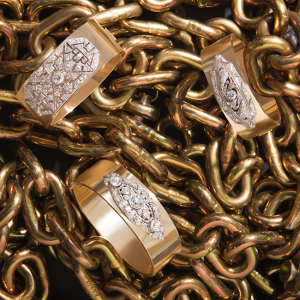 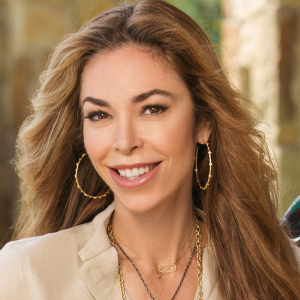 Made From Miracles...
Permalink